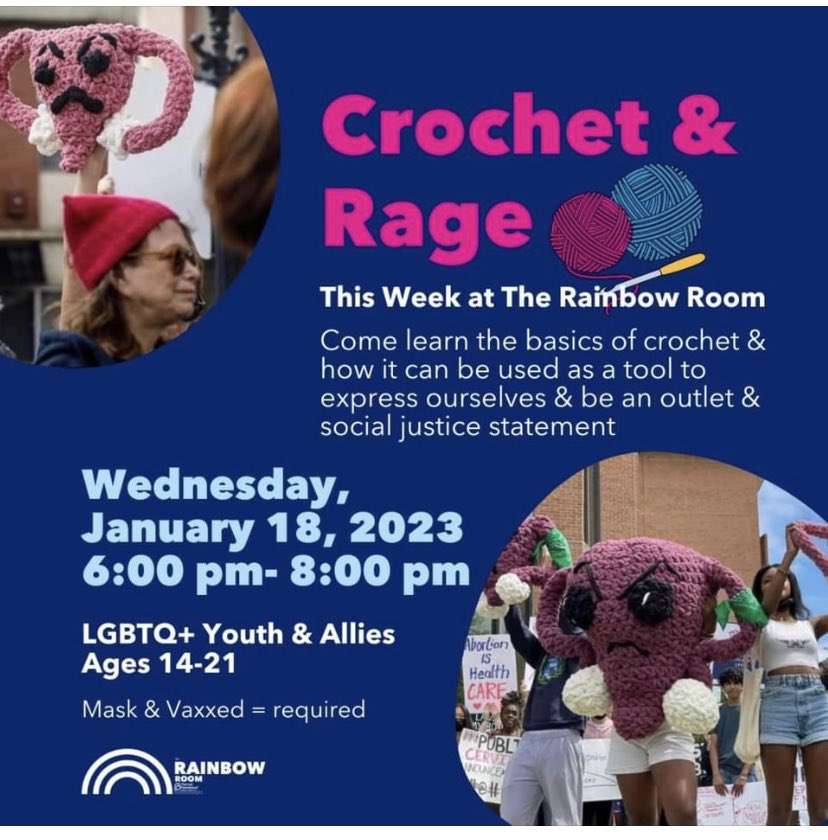 The Rainbow Room, a Doylestown club for LGBTQ+ youth from 14 to 21 years old, is in the headlines after state Sen. Doug Mastriano issued a sponsoring memo for legislation to stop drag queen shows on public property or where minors can see them.

The Rainbow Room recently held a Queer Prom that included a drag queen. Gift bags for prom attendees, some reportedly as young as 13, included lubricant, condoms, and dental dams.

Mastriano, the 2022 GOP nominee for governor, said, “In Pennsylvania, there has been an alarming uptick in drag performances that appeal to children. In April 2022, parents at a school district in Lancaster were shocked to learn about afterschool X-rated drag shows occurring on school property. In October 2022, a sexually charged drag show for audience members as young as 13 was performed at the Rainbow Room in Bucks County.

“It is disheartening that legislation like this is needed. Parents have a right to know their children are not being exposed to sexually charged content in a public forum. Drag shows that appeal to minors on school property, libraries, and other public places should not be accepted in any functioning society,” Mastriano said.

Many Delaware Valley libraries have sponsored drag queen story hours. Although a drag-related festival sparked controversy in West Chester last year, that was largely due to an incorrect article in an area newspaper.

Marlene Pray, the Rainbow Room director, did not respond to a request for comment. Photos shared with Delaware Valley Journal show very young teens there playing with sex toys and an invitation to a pizza party decorated with drawings of female genitalia. Another invitation offered instruction on how to crochet a hat shaped like a uterus.

Bucks County parent Jamie Walker said, “It’s deeply disturbing that we live in a county where people are celebrating 13 to 21-year-olds at a party where lube and dental dams were handed out.”

“Nobody knows the Rainbow Room’s process for vetting their staff and volunteers,” she added. “Why is our state senator endorsing this? The LGBTQ community should be upset they are being used this way.”

Mastriano locked horns with Sen. Steve Santarsiero (D-Bucks), who secured $630,000 in state funding for the Rainbow Room last fall and is also a sponsor of the Queer Prom.

“While I disagree with (Mastriano’s) proposal as a matter of policy, I take particular exception to his distorted characterization of the Rainbow Room’s Queer Prom, a dance specifically arranged for LGBTQ+ youth in Bucks County.

“The Rainbow Room, which Planned Parenthood established over 20 years ago to be a safe place for LGBTQ+ youth to come together and build self-esteem, first held the prom in February 2020.

“I was at that event, both as an elected official sponsoring it and as a parent (our younger son had come out as gay about eight months before and was excited to attend the prom with his friends). Due to the pandemic, the Rainbow Room had to cancel the prom in 2021 but was able to hold it again this past fall. While family weekend at our younger son’s college prevented me from attending that prom, I once again agreed to sponsor the dance. Its organizers sent me a video of it later,” said Santarsiero.

“What I observed in person in 2020 – and again by watching the video of the 2022 prom – was a large group of teenagers having fun. What struck me, in fact, was that they could have been kids – gay or straight – at any school in the country. For the most part, they danced with the same awkwardness as any other teenager – I say that endearingly as someone who, even in late middle age, is still awkward on the dance floor. What was apparent was that each one of them was happy. They were happy to be with their friends and happy to be in a loving environment where it was OK to be themselves.

“It is an important point. Many of these students do not feel accepted by their peers,” he said.

Santarsiero added, “As for it being sexually charged, I will not attempt to get into the gentleman’s mind to decipher what exactly he meant by that phrase, although I note that it is one that is most often used by those, who, solely on their own authority, take on the mantel of arbiter of morality in ironic disregard of the biblical admonition against judging.”

The Bucks County Republican Committee also weighed in on Facebook.

“Once again Senator/Chairman Santarsiero has his jobs confused. The Democrat County Committee chair used his official position as a state senator to sponsor an event targeted at underage children that featured a drag queen performance and sexually explicit items that were handed out in ‘swag bags,’

“In addition to sponsoring the event the ‘Queer Prom,’ Bucks County’s State Senator/Democrat Party Chair has also obtained a $630,000 grant, our tax dollars, to continue to sexualize children, some as young as 14. This is not an acceptable use of tax dollars and certainly does not align with the values of this county,” the GOP said. 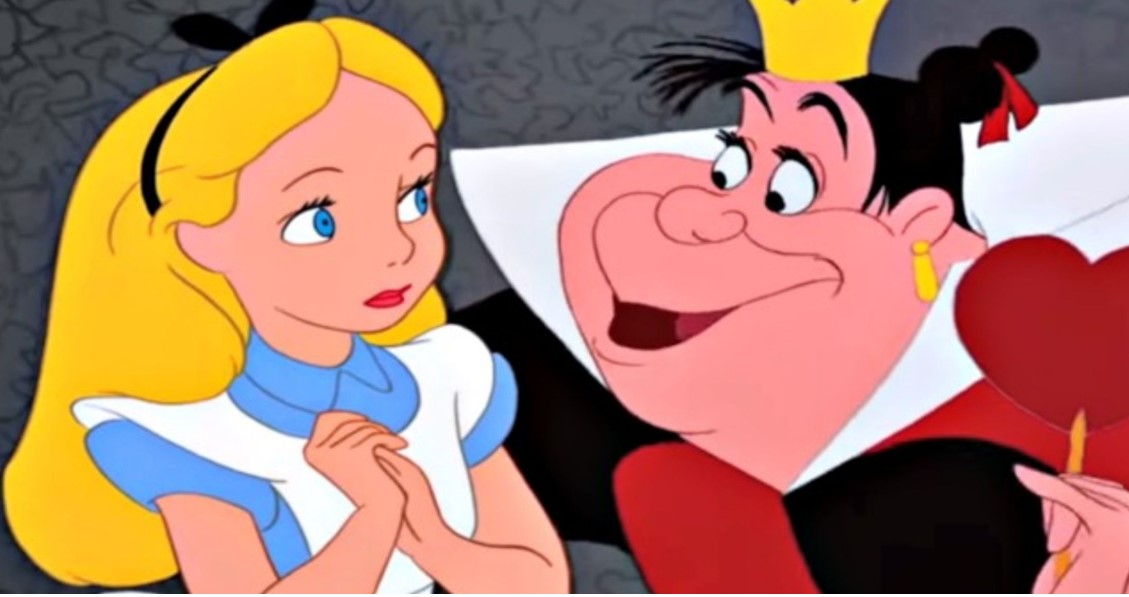 If Lewis Carroll were alive today, “curious” might be the word he would use to describe the People’s Light Theater performance of his world-renowned novel, Alice in Wonderland.

The theater, located in Chester County is currently running a holiday, pantomime rendition of the classic. The website says the show is appropriate for ages five to 105 and includes a drag queen performer in the cast. Eric Jaffe, according to the theater’s casting page, “is a genderfull [sic] glamour monster and the recipient of the 2018 Philly Drag Awards, Best Host, Best Alternative Drag Queen, And Drag Queen of the Year as well as 2020’s Performer of the Year.”

Just as curious is the fact that multiple school districts in Chester County are sponsoring field trips for students to attend the performance, including West Chester Area, Tredyffrin/Easttown, and Downingtown. Students as young as second grade and up to sixth grade attended the performance.

The theater website makes a point to highlight Eric Jaffe’s role on the main page. “This year, People’s Light is thrilled to welcome award-winning drag performer Eric Jaffe as the audience’s new guide through the magical mayhem in the role of Dinah/Cheshire Cat.” None of the other performers are mentioned in the overview.

Controversy erupted after some children attended the show with their school and informed parents that they were required to wear masks at the performance. As parents started looking further into the show, they realized that a drag queen was appearing as one of the main characters and that the theater was promoting this performer above the rest.

A public Facebook group posted about the issues with parents weighing in on both sides.

While the majority of comments were very concerned about the field trip, Meghan Reikob disagreed about the content of the show.

“WCASD did list the show name on permissions slips. I do agree that there should have been advance notice provided by the school about People’s Light mask policy.  But I genuinely don’t understand the rest of your argument,” Reikob said. “Has no one complaining ever heard of a panto before? Nothing about this is new or woke.” ”

Her comments, however, did not address others’ concerns of a drag queen performing for children or the fact that the theater advertised the show as such.

No one is questioning or concerned about pantomimes as a theatrical modality or the fact that someone of one gender can play a different role in a performance. Theater has a long tradition of men playing women’s roles, dating back to the Greeks and Romans. In more recent history, the theater term “transvesti” is used to describe the portrayal of a character of the opposite sex. Therefore, the idea that someone of a different gender can play the role in a theatrical performance is not surprising or uncommon, nor is it troubling to parents.

What concerns many parents is the lack of transparency and communication with the school districts.

Downingtown Area School District’s permission slip (see below) for the field trip did not even include the name of the performance. While some districts did include the name of the show, they did not state that their children would see a drag queen performer. Nor did they state that every child would require a mask. This is despite the fact that the districts are not currently requiring masks for children at school, and some children have mask exemptions that may or may not have been accommodated. Parents were not given enough information to make informed decisions about whether their child should attend.

One of the Facebook commenters suggested that parents should have researched the show before completing the permission slip. And while that is a reasonable solution, parents should be able to rely on our publicly funded schools and administrators to make good decisions and to provide parents with enough information to also make decisions in the best interest of their child.

Alice in Wonderland was written in 1865 by Lewis Carroll, a deeply conservative and spiritual man and a deacon in the Church of England. I am fairly certain that Carroll did not intend his book to be used as a social commentary on gender fluidity, nor do most parents. Most parents are familiar with the whimsical nature of the book and likely thought it would be an entertaining and educational field trip for their child.

Several parents of children who attended the show shared anonymously, for fear of retaliation from their district, that they would not have allowed their child to attend if they knew that they were required to wear a mask. Others stated concerns over the performance and promotion of the drag queen performer. Parents also questioned whether there was any discussion following the performance at school.

“Sixth grade students from the West Chester Area School District did attend the performance of Alice in Wonderland: A Musical Panto at People’s Light and Theater. As part of People’s Light and Theater’s current health and safety guidelines, masks are required for all those attending indoor performances regardless of vaccination status. Students and staff attending the performance were provided masks and did follow this policy.

“In advance of the performance, families were informed that students had the opportunity to attend a contemporary, pantomime version of Alice in Wonderland and given permission slips to return. The actors’ biographies and acting credentials were not included with this information but were accessible on the People’s Light and Theater website.”

Tredyffrin/Easttown School District did not respond to the request for comment.