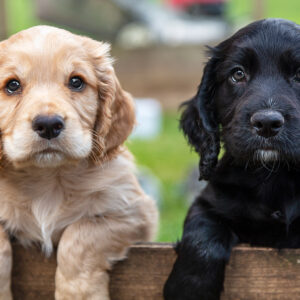 The war on dog breeding by animal rights advocates is shifting to Capitol Hill, with activists pushing for misguided, overbroad legislation that will pointlessly punish dog breeders while doing nothing to support animal welfare.

At issue is a proposed provision in the House version of the agriculture appropriations bill for 2023 that threatens to turn Department of Agriculture inspectors into rote enforcers while ending their highly-effective role as educators and collaborators with breeders seeking to earn or keep licenses.

Under the current framework, inspectors — often veterinarians and animal experts — are encouraged to communicate with breeders, helping them improve their operations and resolve or avoid infractions before and during licensure. They are tasked with ensuring “guidance to support the regulated community in understanding the regulatory requirements, gaining an accurate picture of their compliance status, and working through compliance challenges to ensure humane animal care and use.” They are also expected to provide “assistance for regulated facilities seeking personalized help with compliance challenges and for people and animals in disasters.”

But if animal activists get their way, these “teachable moments” will end. Indeed, the proposed provision seeks to prohibit “the prioritizing of education or collaborative approaches to violations or noncompliance ahead of enforcement.” Inspectors will be expected to impose a “gotcha” environment of blocked licenses and punishments in which nobody learns how to do to better.

Put simply, breeders will be in the crosshairs at the federal level as they now are under fire from activists at the local level, where various municipalities are seeking to constrain or outright ban responsible dog breeding. People for the Ethical Treatment of Animals underlines the depth of this extremist viewpoint.

The group writes on its website that “many kind individuals are duped by people who claim to be ‘responsible breeders.’ There’s no such thing. As long as dogs and cats continue to suffer from overpopulation, homelessness and abandonment, no breeding can be considered ‘responsible.’”

The proposed federal changes are especially troubling because they would scuttle a process that already works exceedingly well and ensures animal welfare.

According to the USDA 2021 Impact Report, inspections by its Animal Care Division revealed that 96 percent of licensees and registrants complied substantially with the Animal Welfare Act. This means that these breeders of dogs (and certain other animals) for commercial sale are providing their animals with humane care and treatment that meets government standards, including proper veterinary care, an appropriate diet, clean and structurally sound housing, proper ventilation and sanitation, and protection from extreme weather and temperatures.

In a recent letter to senior House and Senate appropriations committees members, these experts argue that, if enacted, the provision will “prohibit collaboration and education between USDA and the regulated community. This would break the connection that drives continuous improvement in our shared commitment to animal welfare.”

The knock-on effect of the law would be significant.

For example, if breeders are not 100 percent compliant during a pre-licensing inspection, they can ask for up to two additional inspections within 60 days, allowing them time to fix the problems noted by inspectors. But if guidance and collaboration are banned, all of these key opportunities to learn and ensure better animal welfare will be lost.

The USDA has long encouraged self-reporting noncompliance as part of its enforcement process. If the proposed provision prevails, breeders will likely view enforcement as purely punitive and have little incentive to self-report.

Animal welfare must come first. Under the current regulatory scheme, animals get the care they need through strong government oversight and guidance. Congress should ignore lobbying by activists to fix a law that isn’t broken.