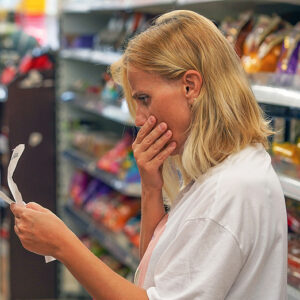 For the better part of the last two decades — save a few brief periods and the occasional bad month — inflation in the United States has been relatively low. In fact, from January 2012 through March 2021, the monthly inflation rate never rose above 3 percent. In a few instances, it entered negative territory. When rates are that low for that long, we stop thinking of inflation, making our current aberration from the norm even more painful.

So, it was when, starting in March 2021, the era of low rates slammed to a close as the monthly numbers surged. First, it was 4.2 percent in April. Then 5 percent in May. As we saw the numbers go ever higher — 5.4 slowly grew to 7.0, which slowly peaked (to date) at 9.1 percent — economists and average Joes alike began to wonder: How high will it go? How will we make ends meet, and what can we do to get back to normal?

Inflation doesn’t affect everyone equally or in the same ways. The Minneapolis Fed outlines this nicely in its piece from earlier this year, “The Widely Varied Pain of Inflation.” As that article noted, “inflation is generally thought to impose a greater burden on people with lower wealth and incomes, leading some to declare it ‘the most regressive tax.’” Among the groups that inflation has hit particularly hard has been women.

Since the COVID-19 pandemic shut down the economy two and a half years ago, women have been disproportionately affected by the so-called she-cession. That was a result of many women, already dealing with wage disparities, leaving the workforce as childcare centers and schools shuttered instead of remote learning. Leaving the workforce doesn’t just mean lost wages; it is also lost time that is critical for advancing a career or working toward a promotion and the accompanying raise.

Now, as women work to recover from the losses incurred during the she-cession, they are also forced to deal with “she-flation” — the term many use to describe the disproportionate effects of inflation on women. Inflation affects women in many ways, from financial to mental and physical health.

The financial effects are apparent. As goods cost more, household budgets — which women manage in many families — are stretched thinner. More must be done with less. Certain “nice-to-haves” must be saved for special events instead of being readily accessible in the pantry. Many women also handle most of the grocery shopping, which means they are keenly aware of the rising prices and the accompanying stress.

While the federal government is acting to tame inflation through legislation and monetary policy, there is more that can be done to ease the burdens of she-flation. For one, the government should increase access to liquidity for small businesses. That would incentivize and enable women to become entrepreneurs, seize control of their destinies, and, it is hoped, increase earning potential. Encouraging banks to partner with technology companies that serve underbanked consumers would open access to credit for many single moms and entrepreneurial women.

Lawmakers should also take off the table legislation that would remove access to personal and small business credit, such as the recently reintroduced “Safe Lending Act.” Although the bill purports to protect consumers from deceptive lending practices, what it would actually do is gut access to credit for working-class families, minorities, and women.

The federal government could also work to create pathways for licensure portability, allowing women in careers requiring licenses — whether counseling or cosmetology — to provide services in another state other than where their license was issued. Particularly for women living near state borders, this would open up phenomenal new markets to build businesses and attract clients or customers, providing them with critically needed new financial resources.

The she-cession and she-flation have put women in a tough spot. Women are tough and resilient and will find a way to make things work. While the federal government is taking steps to bring inflation down and get us, as a nation, back to normal, they should consider additional practical measures to reduce the inordinate burden these economic trends impose on women.