Pennsylvania Picked as a Top State for Singles 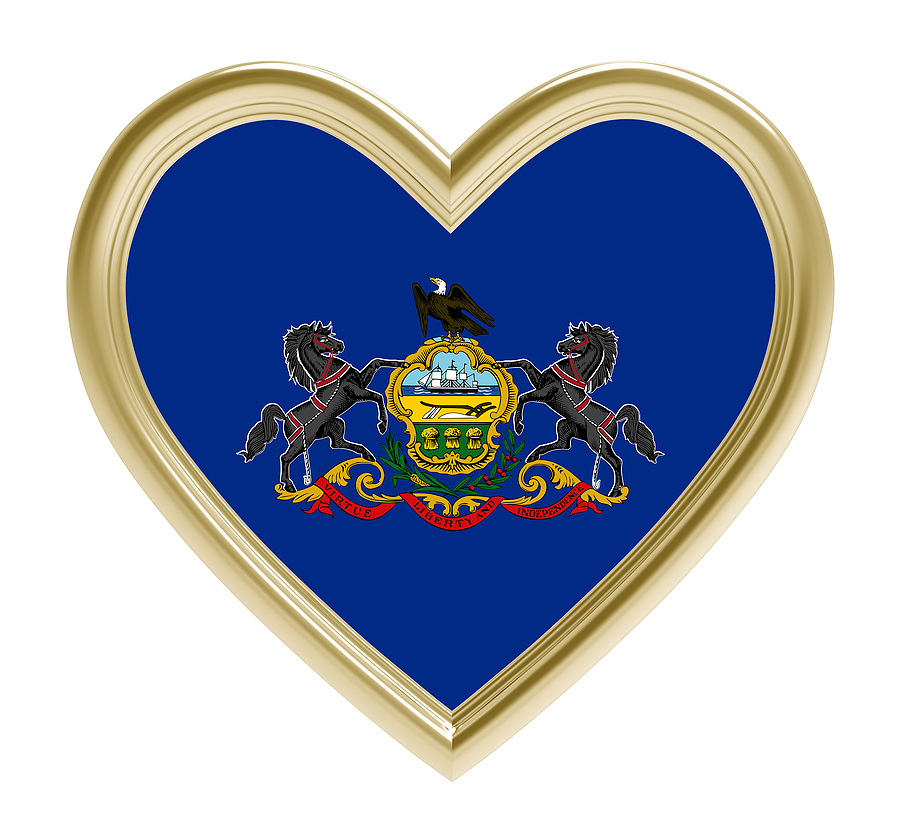 Pennsylvania is one of the best states in the country for single people, according to a WalletHub report.

The state ranked fifth, behind California, New York, Florida, and Texas. Among the worst states for singles were West Virginia, Arkansas, North Dakota, Wyoming, and Mississippi.

“[Pennsylvania] ranked high for online dating participation and openness to relationships,” Jill Gonzalez, an analyst at communications director at WalletHub, told the Delaware Valley Journal. “It also scored very well in terms of romance and fun, due to the large number of restaurants, nature parks, and other similar institutions, fitness and recreational facilities, movie theaters and amusement parks, as well as bar accessibility.”

WalletHub has published its Best & Worst States for Singles report annually ahead of Valentine’s Day since 2017, updating its methodology each year. It was prompted to complete the report since the average cost of going on a date now approaches $100, according to Gonzalez.

“It’s no surprise to us that Pennsylvania ranks as one of the best places to be single because our commonwealth offers an amazing range of activities year-round that can help you meet that special someone or just enjoy time on your own,” said Carrie Fischer Lepore, Deputy Secretary of Marketing, Tourism, and Film at the state Department of Community and Economic Development.

In addition to ranking states overall using three key metrics (dating economics, dating opportunities, and romance and fun), researchers also broke out the best and worst states for other areas of interest. For example, Louisiana has the highest share of single adults while Maine has the best “gender balance.” For online dating, Washington State leads the way.

Conversely, Utah, North Dakota, and Mississippi scored the worst in those categories.

Because of pandemic lockdowns and restrictions, this year WalletHub also looked at mobile dating opportunities, with Hawaii ranked the best and West Virginia the worst.

“The pandemic has definitely had a negative impact on dating friendliness in each state, though some were more affected than others,” Gonzalez said. “Because of lockdowns and social distancing, in-person dating was almost impossible. Though virtual dates have risen in popularity as a safer alternative to going out, an increase in vaccination rates should bring more opportunities for dating in person across the country.”

In addition, researchers looked at median annual household income, adjusted for cost of living, restaurants per capita, movie theaters per capita, and crime rate. While Pennsylvania did not score among the top five states for any of those categories, the state also did not score within the worst five states.

And, according to the Census Bureau, Keystone State couples who get together tend to stay together. Pennsylvania has one of the lowest divorce rates in the U.S. as well.

“We did this analysis to help unattached Americans find love,” Gonzalez said. “We believe location is very important and can lower or increase one’s odds to find a romantic partner.”