CASH: Danny Murtaugh Belongs in the Baseball Hall of Fame 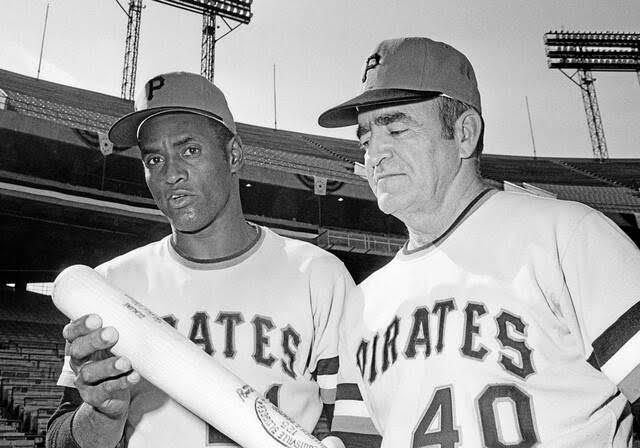 On September 1, 1971, the Pittsburgh Pirates sent out nine players to face the Philadelphia Phillies in a game that was very important in the battle for the National League East title. The Pirates’ lead in the division had shrunk from 11 ½ games down to 4 ½, and every single contest mattered.

That individual game might not be remembered at all, more than 50 years later, if not for the historic nature of the lineup that took the field that night for the Pirates at Three Rivers Stadium. For the first time in Major League Baseball history, a club had started a team consisting of all Black or Latino players.

The man who filled out that lineup card was Pirates manager Danny Murtaugh, pride of Chester, Pennsylvania, who is now under consideration for the National Baseball Hall of Fame’s Golden Days Era committee. As someone who played for Murtaugh, and who was on the field that night in Pittsburgh, I urge the committee to elect him and send him to Cooperstown.

Murtaugh made no announcement about the nature of the lineup. In fact, the game was already underway before we players realized that anything was different. Afterward, Murtaugh sidestepped questions about it, saying only that he was trying to start the players who had the best chance to win the game. And we did, 10-7.

Years later, Dick Allen – a great ballplayer himself – said he was sure that Murtaugh knew what he was doing because Allen had seen him try to do the same thing in an exhibition game between the Phillies and Pirates in 1963. That time, in Asheville, North Carolina, Murtaugh tried to start nine players of color before he was blocked from doing so by a fellow from the local Chamber of Commerce, which threatened to cancel the game.

Because that landmark 1971 lineup occurred 50 years ago, it got a lot of attention this year, and Murtaugh’s role has been rightfully highlighted. But in my opinion, there is a lot more that argues for his inclusion in the Hall of Fame.

The Pirates would go on to win the World Series that year, defeating the heavily favored Baltimore Orioles in seven games. Baltimore had four starting pitchers who had each won 20 games, and their offense was powered by Frank Robinson, Brooks Robinson, and Boog Powell. They were led by manager Earl Weaver, a Hall of Famer himself. But Murtaugh outmanaged him.

That was Murtaugh’s second World Series victory as a significant underdog, with the first coming in 1960 against the mighty New York Yankees, who were filled with great players like Mickey Mantle, Yogi Berra, Roger Maris, and Whitey Ford. In that series, the Yankees actually outscored the Pirates 55 to 27. But the Pirates managed to win 4 games to 3. Again, Murtaugh beat a Hall of Fame manager in Casey Stengel.

The 1960 World Series will be forever remembered for Bill Mazeroski’s dramatic walk-off home run in Game 7. It remains the only World Series to end on a home run in the bottom of the 9th of Game 7.

His two World Series titles are more than nine current Hall of Fame managers and equal to five others.

Murtaugh managed the Pirates for all or part of 15 seasons between 1957 and 1976 – he retired four different times because of health problems, but the club kept calling him back after replacement managers didn’t work out. Though his numbers would be even better if his health hadn’t forced him to step aside repeatedly, his career accomplishments are already enough to include him in the Hall of Fame.

I played for a number of managers in my career, but Murtaugh was the best at putting his players in situations where they could succeed. He treated us all like professionals who knew what our jobs were, which is exactly what you look for in a skipper.

As the Golden Days Era committee meets to consider candidates for the Hall of Fame on December 5, I strongly urge them to vote for Danny Murtaugh, and send him to Cooperstown where he belongs.