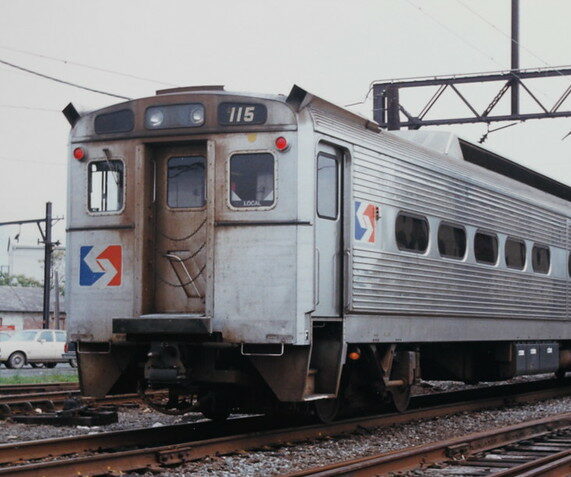 Delaware County District Attorney Jack Stollsteimer says he has no plans to prosecute the people who watched and took videos while a woman was raped on the Market-Frankfort El for eight minutes.

Stollsteimer released a statement Wednesday saying he intended to “prosecute the perpetrator to the full extent of the law,” but not the onlookers.

“While I share the public’s outrage that such a heinous crime could occur on a public SEPTA train, I want to reiterate that Pennsylvania law does not allow for the prosecution of a passenger who may have witnessed a crime. Accordingly, any passenger who believes he or she may have observed the October 13th event on the SEPTA train should not fear prosecution. You are encouraged to come forward to share information with law enforcement,” Stollsteimer said.

Fiston M. Ngoy, 35, a reportedly homeless Philadelphia resident, was arrested when the train arrived at the 69th Street Transportation Center after a SEPTA worker intervened.

Ngoy, who was unable to make bail, is being held at the George W. Hill Correction Center, according to court records. He was charged with rape and sexual assault, among other crimes. The incident was national news. Published accounts say Ngoy overstayed his visa and, despite an arrest for a misdemeanor sexual offense, was allowed by a federal immigration judge to remain in the U.S.

Meanwhile, at least one person who was assaulted on the very same SEPTA train has some strong criticism for Stollsteimer.

“As someone who was recently the victim of an assault on the El, I am deeply disappointed in the comments by DA Jack Stollsteimer assuring witnesses to the rape that they would not be prosecuted,” said Christine Flowers, an immigration attorney, and occasional Delaware Valley Journal columnist.  “Having interviewed Stollsteimer on the radio and written about him favorably on social media, I truly believe that he has the best interests of victims at heart. His engagement with victims and the communities they inhabit is admirable and in stark contrast with Philadelphia DA Larry Krasner, who has consistently ignored the pain of those preyed upon by criminals in the city.

“I am also aware that it is unlikely the law would support a prosecution of ‘bystanders,” Flowers said. “However, I find it tone-deaf and extremely disrespectful to the rape victim to try and calm the fears of callous, heartless men and women who stood by and allowed a fellow human being to be violated. Their conduct is even more repellent if you consider that instead of calling the police, they filmed the event for their private entertainment. Such despicable human beings do not deserve to be ‘comforted’ by the words of Delaware County’s chief law enforcement officer.”

Meanwhile, the District Attorney’s Office and the Criminal Investigation Division remind anyone in Delaware County who observes suspicious activity to call 911 immediately and provide the most specific and accurate details possible to assist law enforcement agencies investigating the call for service.