Fly, Eagles Fly; But Are Ticket Prices Too High? 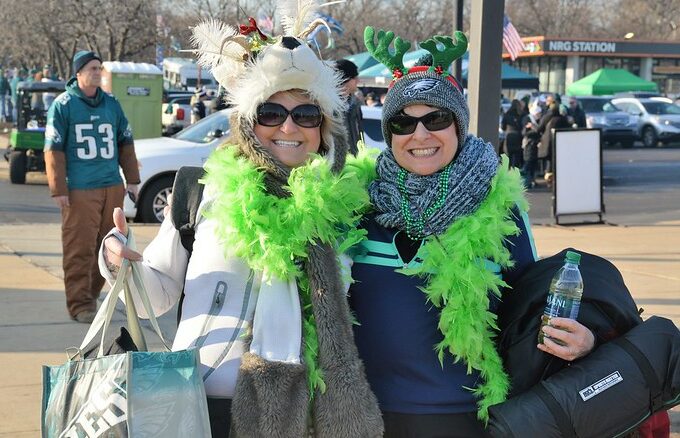 If you are planning to go to a Philadelphia Eagles game this season, whether all 10 home games or just a single game, be prepared to dig deep into your wallet. And you can be sure the future costs will only get higher.

Betway researched which NFL teams have increased their prices most recently. It created the Future Family Fandom Cost Index, which forecasts how much each fanbase will be paying in 2025. Eagles fans can expect to pay the 8th highest prices in the NFL in three years. The team with the expected highest prices was the Las Vegas Raiders and the least costly is expected to be the New York Jets.

Football is the highest-rated sports programming on TV. But being in the stands to cheer on the Birds at Lincoln Financial Field instead of watching on TV requires an investment of time and money.

Apart from the cost of game tickets, fans must pay for parking and food from the concession stands and perhaps a game program. It adds up.

Single-game tickets are scarce. As of this writing, a few are available directly from the Eagles’ ticket office via Ticketmaster. A check on availability for the first regular-season home game against Minnesota on Monday night, September 19, showed prices ranging from $98 for standing-room to $160 to $350 depending on seat location, excluding service charges.

Ticketmaster also offers tickets on a resale basis; resale prices for the opener range from $140 to more than $900 depending on the section.

For the October 16 Sunday night game against Dallas the resale price ranged from $138 to an astronomical $4,950. Those figures will likely change as the game draws closer.

The Delaware Valley Journal explored purchasing a ticket directly from the Eagles for the Minnesota game with a face value of $160. In addition, there would have been $31.85 in fees. And on top of that, fans driving to the game might pay $40 to park. If they spend time tailgating in the parking lot they should expect to spend $50 per person for various refreshments, not to mention the cost of food beverages, or souvenirs purchased inside the building (fans may not bring food inside with them).

Add it all up, and a fan attending an Eagles home game might expect to spend in the neighborhood of $300 for the experience which might include spending several hours outdoors in inclement weather surrounded by fans who may not always be on their best behavior, to say the least.

For some, the experience is no longer worth it.

Gordon Glantz of Blue Bell has Eagles blood running through his veins; his family has had season tickets since he was born. This season he spent $3,066 for two season tickets that include 10 games (this year nine regular season plus one preseason). But Glantz has not attended an Eagles game since 2018, the year the Eagles won the Super Bowl. Instead, he sells his tickets for a small profit and watches the games from home.

Stu Fishman also lives in Blue Bell. He started attending games with friends in 1971 when the Eagles moved into Veterans Stadium. Season tickets were $35 for seven home games. (That was $5 a game.) There were just 14 regular season games and season ticketholders did not have to pay for tickets to preseason games as they do now.

Today, Fishman pays $950 for his season ticket, including all 10 home games (one preseason, nine regular season).

“I have four seats,” he said. “I split them with a friend of mine.”

Fishman notes that because the home schedule features just 10 games, each is a unique event.

A $900 COVID Test? Taxpayer-Funded Covid Testing Program Failing to Get Off the Ground in PA Schools 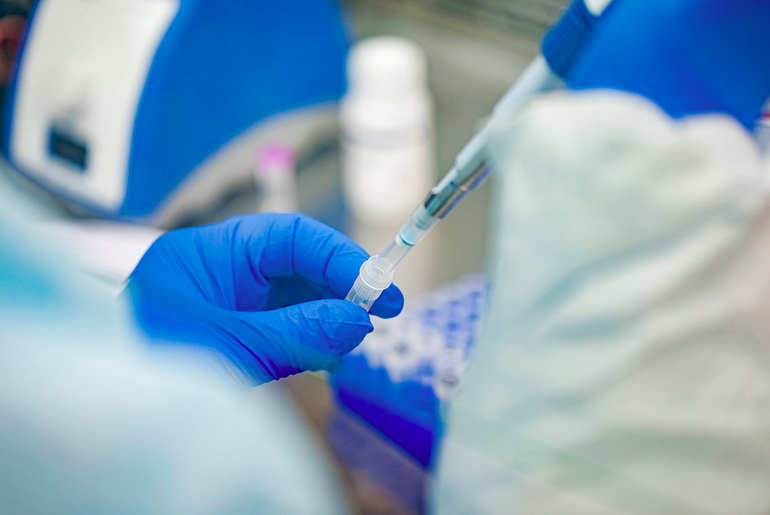 An $87 million contract between the state and Gingko Bioworks to provide Covid-19 testing to schools across the commonwealth is floundering, just as Pennsylvania schools are struggling to maintain in-person instruction amidst a major spike in cases of the Omicron variant.

The testing program has distributed about 97,000 swabs, according to state data released Thursday. It’s not known if the number of swabs represents the total number of students and school employees tested, given that some may have been tested multiple times.

But if the 97,000 figure represents a one-to-one ratio for tests, that would mean about 5.7% of the total statewide student body had been tested. There are an estimated 1.7 million children in K-12 across the commonwealth.

This amounts to roughly $900 per test based on the funds allocated to the program thus far, although the cost per test is almost certain to drop before the contract ends in the summer.

Pennsylvania is paying for the program with federal dollars. The contract notes that the $87 million figure is an estimate, but it is not clear how much room there is for that price tag to come down. The Pennsylvania Department of Health and Gingko Bioworks did not respond to requests for comment.

Other information provided by the state indicates that 293 schools are enrolled in the testing program, while another 442 are in the “onboarding” process, something that could take weeks. With roughly 3,100 total schools, the program has only enrolled about 9.5% of the total available, with 14% onboarding.

When state officials announced the contract in mid-August, the Pennsylvania Department of Health was optimistic that the testing contract would play an important role in helping schools avoid virtual learning in the upcoming 2021-22 school year.

“It’s clear that everyone wants to keep kids in the classroom and keep extracurricular activities going,” Acting Health Secretary Alison Beam said at the time. “That’s why we’re encouraging all K through 12 schools to take advantage of this unique opportunity.”

Elements of the testing contract document go into further detail.

“Testing is a step in limiting the spread of this virus. While vaccines are still being administered, the vaccines have not been authorized for use in children under 12 years old. Testing is an additional measure to quickly identify individuals with COVID-19 and stop the spread before it becomes a large outbreak and triggers a school to close,” the document says.

In October, Beam also said the state was facing continued hesitation from schools to opt in, according to a report from WHYY.

“Any reluctance on the part of the schools may be because we need to continue educating them on the availability of it,” Beam said during a recent news conference. “And of course, we’ve tried, ad nauseam, to make sure schools are aware of it.”

Last week the Biden administration announced it would begin delivering millions of free Covid tests to schools around the country.

“Though most U.S. schools remain open, some have temporarily closed as the Omicron variant spreads around the country, infecting children and staff,” the Wall Street Journal reported. “President Biden has repeatedly said he wants schools to remain open, and he has advocated for additional testing as a solution for keeping children in the classroom.”

A Monday report from the Pittsburgh Tribune-Review noted that school districts who were already testing would welcome the additional resources, but districts that were not testing planned on holding course.

Likewise, Hempfield Area schools are not testing, nor are Franklin Regional, New Kensington-Arnold, Norwin or Penn-Trafford, officials told the Tribune-Review.

The state webpage with testing data from the Ginkgo program also gives a hint into the bureaucratic hurdles that come with enrolling.

“There is an onboarding process once a school submits a Statement of Assurances which can take several weeks to complete,” the website notes. “This onboarding process includes developing a school and site specific testing plan, communicating the plan with the school community, staff training and ensuring individual consent is received and documented for participants.”

On Jan. 7, the Pennsylvania chapter of the American Federation of Teachers union asked the Wolf administration to mandate stringent mitigation protocols for all schools, or failing that, order a two-week pause to in-person learning.