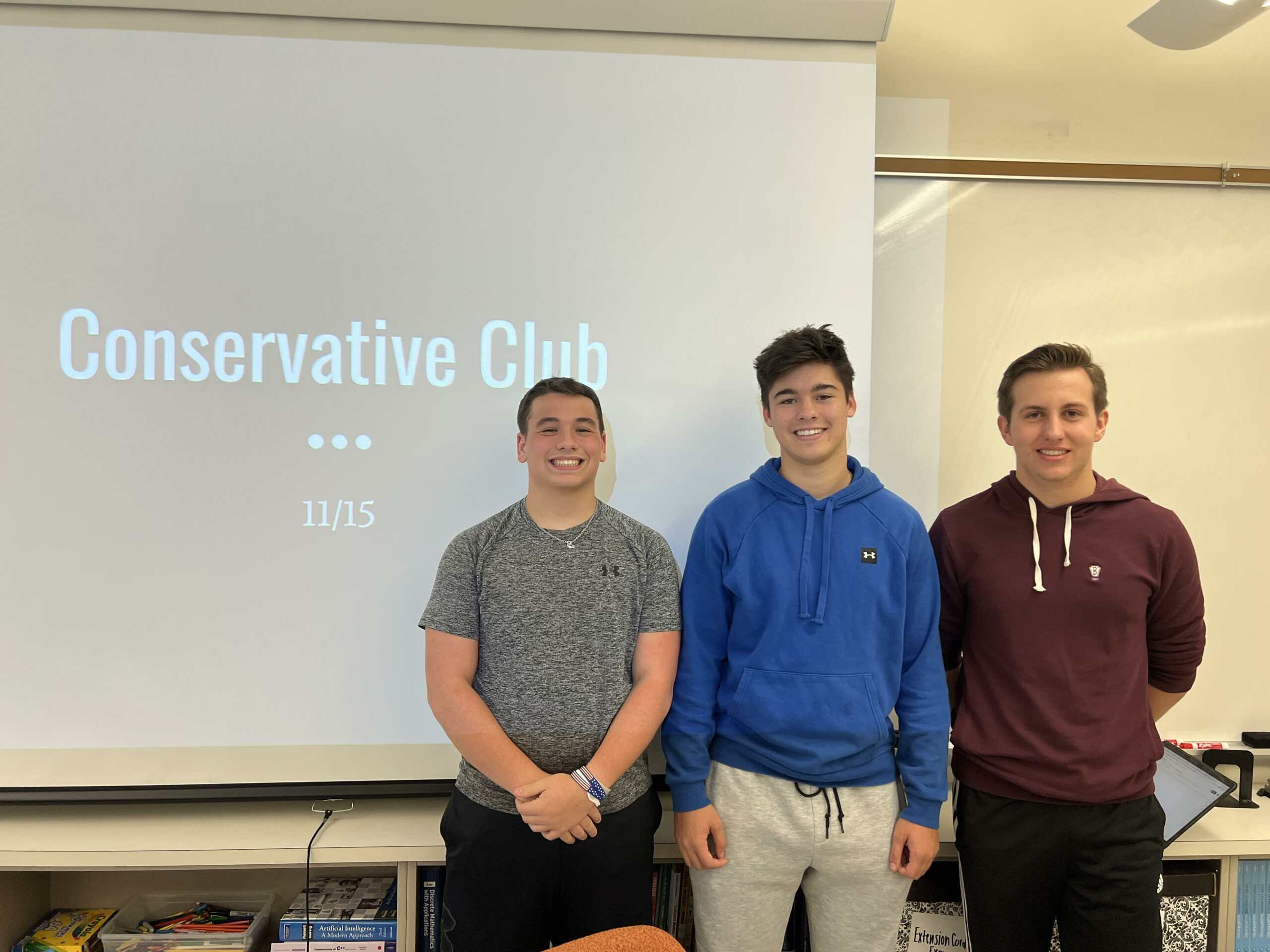 What do you do when you’re a high school kid whose political views aren’t the same as most of your liberal classmates?

You form a club of like-minded friends. Students at Lower Merion High School began the Conservative Club last year to meet and discuss, what else? Politics. While two of the founders, Jack Shapiro and Henry Bard, have since graduated, senior and founding member Andrew Coyne is the president.

The group was all male the day that Delaware Valley Journal visited.  But sometimes girls do come by, said Coyne.

Since it was their first meeting after the midterms, the students discussed the election.

“What happened to the big ‘Red Wave’?” Coyne asked the group. 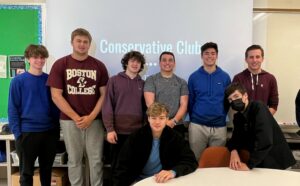 Dan Dennis thinks the problem may been candidates who were too extreme and who were endorsed by former President Donald Trump.

“A lot of people don’t like Trump,” he said. “The candidates presented for the Republican Party throughout the country, especially for Pennsylvania, weren’t really the ideal candidates.”

Coyne agreed that extremism was a problem.

“I thought Oz did a great job with his campaign and I think he would have won, if Shapiro wasn’t running against Mastriano. Fetterman completely ran on Shapiro’s coattails,” said Coyne. “He really got carried throughout the entire election. And the Democrats did a good job keeping him away from the cameras, too much. They did a good job not showing him a whole lot. And by the time they did the debate, they already had a ton of mail-in ballots in. So Fetterman had already gained his edge by the time they had the debate so the debate didn’t matter as much.”

Cole Fisher said, “I hate to admit this but the Democrats did a great job campaigning. Shapiro, with his commercials, he pointed out how extreme Mastriano is.  And the goal is to win as many moderate voters as you can. And plugging extremism into that…I think extremism scares in many of those voters.”

Thomas Swope, a teacher who sponsors the club, asked them, “Are they actually extreme or are they just labeled as extreme?”

Dennis said Mastriano “supported Trump on Jan. 6 and that the election was rigged. He’s very hard on abortion, very anti-abortion. So that’s why they said he was extreme.”

Fisher said, “A lot of younger woman voted for Fetterman and Shapiro due to the fact they’re pro-choice.”

“You saw a ton of split of split tickets. Mastriano lost by a ton and Oz didn’t get crushed. He was close. A lot of people voted Schapiro and Oz,” said Coyne.

Xavier Archawski said that Oz had changed his positions from those he espoused in the past.

“People started to realize this guy is not a good candidate for Pennsylvania,” said Archawski.

Coyne noted that Mastriano was the Democrats’ choice for the Republican to run against Shapiro and had funded commercials for him in the primary. “They knew Shapiro could beat him.”

“Did they really?” asked Deborah Volk, an instructional aide, who attends the meetings because she finds them interesting.

Asked what Republicans need to do better in the future, Luke Lachenmayer said they need to find the right candidates and fund those candidates’ campaigns.

“That’s what it really comes down to because Doug Mastriano had the Democrats flipping his campaign,” he said.

Coyne said someone more moderate than Mastriano might have had a better chance since they “wouldn’t have scared away more moderate voters. And that’s what we have here in PA.”

Asked if Trump was still the base of the Republican Party several members said no.  Several people said they would support Florida Gov. Ron DeSantis over Trump in the 2024 presidential race if DeSantis runs. They questioned why Trump would slam DeSantis. Trump recently calling him “DeSanctimonious.”

“I think overall Trump running again would be more divisive to the Republican Party,” said Lachenmayer.

Dennis said DeSantis is not so extreme on various issues so American voters will say “I can live with him and go with him rather than (President) Biden.”

“I want someone younger and energetic who is going to be around for a long time,” said Coyne.

Dennis said Trump was strong on foreign policy and America’s enemies feared him.

“I don’t think the Ukrainian situation would have happened with Trump in office,” he said.

Some said mail-in ballots were fine.

“I think there’s an issue with mail-in ballots just getting mailed to everybody,” said Volk. “I heard this one guy say he got four ballots mailed to his house, one for him and the three previous people. So it’s an issue these ballots are going to people that don’t live there or died and these are getting abused. Even with COVID, you could still have absentee ballots…I still think it should be on request only. Otherwise you have all these ballots floating around that aren’t going to the right people.”

Coyne said, “Why do we not have voter ID? That never made any sense to me. You need an ID for everything you do. You don’t need an ID for voting? It’s ridiculous.”

The club meets weekly during lunch. In addition to discussion, they have guest speakers and attend events. They were recently guests at the Montgomery County Republicans’ Fall Dinner.