Biden College Debt Bailout Backed By Local Students, but Its Future is Uncertain 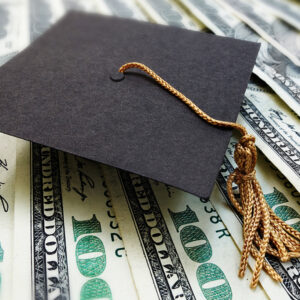 President Joe Biden’s announcement of student debt forgiveness last month is set to give current college students and those still struggling with debt some relief. Delaware Valley college attendees said they are thankful, but they add even more needs to be done.

Biden’s plan would relieve $10,000 in student debt for all borrowers making less than $125,000 as an individual or $250,000 per year as a household. That figure can rise to as much as $20,000 in debt for those receiving Pell Grants, a loan typically provided to lower-income households.

Faia Kronick, a senior at Bryn Mawr College, said she was surprised by the announcement.

“Biden did say he was going to address student debt, but I wasn’t sure if it was going to happen,” Kronick said. Biden’s own skepticism toward a forgiveness plan even as early as this year fed into that uncertainty. However, if the plan is implemented, Kronick would have all her debt forgiven.

“It seemed like the president wasn’t actually going to do what he said,” Victoria Awotide, a junior at Eastern University, said, expressing similar surprise that the move was finally taken.

Half of Awotide’s debt is set to be forgiven. She said that would take a burden off her in the future. She hoped she won’t have to take on jobs she does not like just so she can pay off her loans.

She has already worked at two part-time jobs since freshman year to lessen the burden but said that hasn’t made a huge dent despite pay being above minimum wage. But she hopes it helps her mother the most, who also has tried to help pay off the loans.

“It would be a huge relief for her, she’s a single mom,” Awotide said.

Kronick agreed a major burden would be removed from her future, as she would no longer have to include it when balancing her checkbook. However, she said she feels for her peers, many of whom still will have large debts remaining even after the forgiveness plan takes effect.

“I think they should just cancel all student debt,” Kronick said, believing there should be more done. “A lot of people have a lot more than $10,000 or $20,000 in debt. So while it’s still good, they should have done more.”

Awotide expressed a similar concern about the one-time nature of the program. She said she could end up having another $10,000 to pay by the time she graduates, meaning she would be right back where she started before the debt relief plan began.

However, the loan forgiveness program may not happen. Legal challenges are expected, which some experts argue must be approved by Congress, rather than ordered by the president.

Reflecting the nature of that uncertainty is the lack of plan local schools have for promoting the program to students.

All local schools who responded to DVJ’s requests for comment declined to say how their financial aid offices plan to help their qualifying students receive relief, and none of their websites detailed anything either.

Plus, not all the reception to the plan has been friendly. Some Americans argue they paid off their loans, so why shouldn’t the following generations do the same?

Awotide and Kronick both believe people should have more compassion for those in the current situation, and instead celebrate something that they think will help so many people struggling today.

That view is disputed by many Americans who would foot the bill, estimated to be as high as $1 trillion by the Penn Wharton Budget Model, to cover the cost of the loans. A new poll released by the libertarian Cato Institute found 76 percent of Americans oppose transferring college debts to taxpayers if it drives up the price of college. And 64 percent are against it if it raises taxes.

Meanwhile, Awotide says she thinks it is a sign that the government and politicians may keep to the promises they make to their constituents, even if it may be done for politically motivated reasons such as the upcoming midterm elections or Biden’s re-election bid.

“It just could be a tactic to get re-elected in 2024,” she said. “But for now at least, it kind of shows that the government is actually planning on (doing) what they said.”