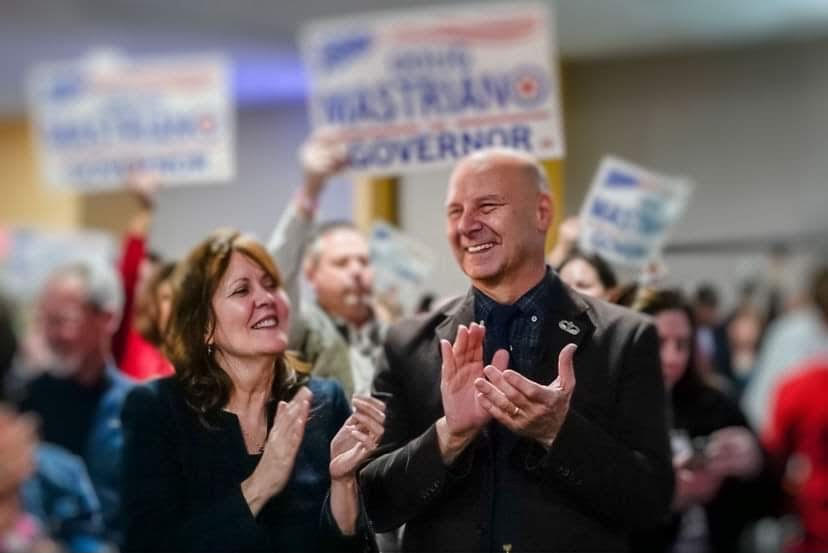 Pennsylvania Democrats claim a church in south central Pennsylvania crossed the line when it hosted a film premiere last month featuring an in-person appearance by GOP gubernatorial nominee state Sen. Doug Mastriano. They claim the church may have violated the rules for nonprofits and they have filed a formal complaint.

While the Mastriano campaign shrugged it off as politics as usual, some Republicans noted that when it comes to politics in church, Democrats — particularly Philadelphia Democrats — are throwing stones in their own glass houses.

Mastriano attended the July 16 screening of “The Return of the American Patriot” at Christ Community Church in Camp Hill. He is facing Democrat state Attorney General Josh Shapiro in the November election.

Katherine Jarrett of Mechanicsburg, filed a complaint alleging the events at the premiere broke prohibitions against 501(c)3s engaging in political activity in support of a specific candidate. Under federal tax law, certain nonprofits—such as churches–cannot endorse candidates.

The church’s pastor, Rev. John March, told Fox 43: “There was no promotion done for him [Mastriano] running for governor in any way. That was how we set it up in the beginning if they were going to do it.”

Mastriano defenders point out the film presentation was very different from a partisan political gathering like those Democrats hold regularly in houses of worship or with religious groups.

In February, the Enon Tabernacle Baptist Church in Philadelphia held a candidate’s night event for the U.S. Senate race.

In May, the Black Clergy of Philadelphia and Vicinity went even farther, endorsing a slate of candidates in the state’s primary. That is an advocacy organization made up of pastors, not a church itself. But under the implied endorsement argument, when member pastors return to their respective pulpits, the implication of an endorsement is certainly there.

While campaigning for president in 2016, Sen. Bernie Sanders packed the Tindley Temple United Methodist Church in South Philadelphia. Rev. Robert Johnson moderated the event but did not make an explicit endorsement.

“Under the Obama administration, the IRS was used to punish conservative organizations and registered Republicans throughout the United States,” said GOP strategist Charlie O’Neill. “After congressional hearings and media coverage, it seemed the IRS had thrown off its Democrat Party enforcer hat and returned to a non-partisan bureaucratic agency. Should the Biden administration allow investigations into churches like Christ Community Church, it will represent a huge step back for an already maligned agency just beginning to regain public trust.”

And with the new Manchin-Schumer spending package proposing to double the number of IRS employees in an attempt to audit more taxpayers, this may not be the best time to push the agency to take on another partisan target.

Even assuming the worst intentions of all the churches referenced above, it was not clear the IRS would act. The Johnson Amendment prohibits certain nonprofits from “directly or indirectly participating in, or intervening in, any political campaign on behalf of (or in opposition to) any candidate for elective public office.” But it has largely been toothless when it comes to churches.

The law still allows for voter education guides that explain candidate stances on issues, voter registration, and preaching on social and political matters–all of which could presumably steer a congregation in a direction come Election Day.

From 2008 to 2017, some 2,000 clergy deliberately challenged the Johnson Amendment with explicitly political sermons on “Pulpit Freedom Sunday.” Only one was audited and none were punished.

While sharing the same 501(c)(3) tax-exempt status as most other nonprofits, churches are very different in that government regulation of a religious institution presents dicey constitutional issues, since houses of worship are protected by the First Amendment.

If the IRS applies the Johnson Amendment to Christ Community Church in Camp Hill, it would have to explain why it is not expanding its reach to Democrat-friendly houses of worship across the state.