GIORDANO: If Gym Gets In As Mayor of Philly, I’m Outta Here 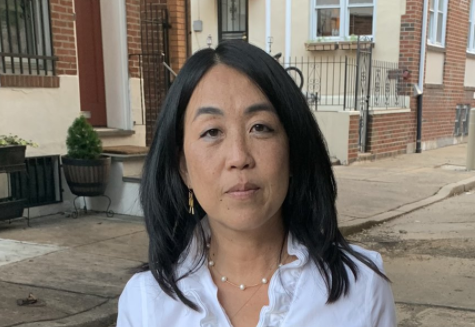 When Delaware Valley Journal asked that I make my last column of the year about the biggest stories of the year, I was thrilled.

I decided that right out of the box I’d tell you 2022’s biggest story was the fact that we have nine candidates to become Philadelphia’s next mayor. And I believe at least three of them would make a marked difference in increasing public safety.

But one would make public safety much worse if elected.

I have interviewed former city council members Allan Domb and Cherelle Parker and state Rep. Amen Brown on several occasions and they are solidly pro-police and have good plans to turn Philadelphia around. Parker last week on my show unprompted attacked so-called safe injection sites and amplified her big plan for community policing. Domb was very adamant that he would flood Kensington with cops and shut down area drug corners. Brown has gone after the Philadelphia district attorney’s lenient on criminals policies and is very pro-police.  These three candidates would give Philadelphia a fighting chance to turn things around.

However, if former city councilperson Helen Gym becomes mayor, I will move out of Philadelphia.

She is the darling of every radical group in the city and many across the country. She would drive hundreds of policemen and women to leave the force and the woke policies she would enact would also set Philadelphia back. She might even make Jim Kenney’s eight years look decent.

The biggest suburban story this year was the work of Bucks County activists Megan Brock, Tim Daily, and Simon Campbell, Pennridge School Board President Joan Cullen, and the leaders of the Central Bucks School Board. Brock, who was voted the person of the year by my listeners, developed a number of devastating stories about local doctors and hospitals supporting minors using puberty blockers and getting surgery to change their biological sexual identity. Daily and Campbell won a big lawsuit against the Pennsbury School Board over First Amendment issues. Cullen and also leaders of the Central Bucks School District had to weather tremendous assaults from local activists and groups like the ACLU. They championed parental rights in the middle of numerous controversies.

The two biggest stories that gave me and my listeners the most satisfaction due to our involvement were the impeachment of Philadelphia District Attorney Larry Krasner and the removal of the box that was covering the Columbus Statue in Marconi Park in South Philly. One listener said we got Columbus out of the box and put Krasner in the penalty box.

I love sports and the Phillies surprise run through the playoffs and World Series was fun and dramatic. And the Eagles with the best record in the NFL conjures up thoughts of the championship of 2017. The Lia Thomas swimming drama at the University of Pennsylvania came a happy ending to me when Thomas was defeated at the NCAA swimming meet.

2022 was a year that had everything for our area. Sadly, Philadelphia passed 500 homicides again and set records for people shot and carjacked.

So, when I had Steve Keeley of Fox 29 on my show and I asked him about the story that jumped out at him, he came up with a big silver lining. Steve recounted the story of Buddy the Cat, who had been mauled by dogs turned on him by some kids in Philadelphia. Buddy was saved by great medical people and adopted by one of them. Thanks to Keeley, the inspiration of Buddy will be top of mind when I think of 2022.