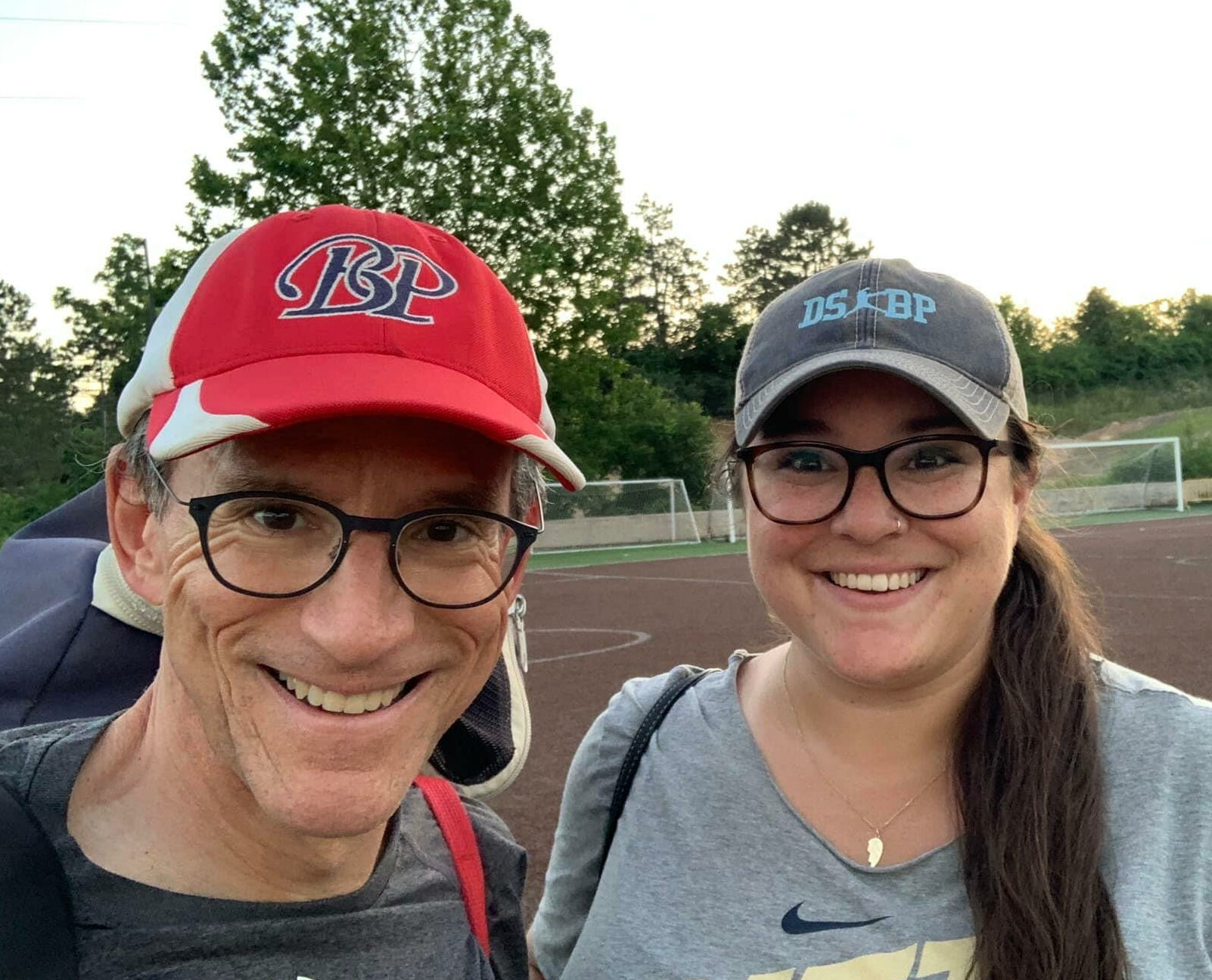 After coaching girls’ softball teams for 23 seasons, Guy Ciarrocchi was not going to let a little thing like running for Congress stop him.

This year his team, the Devon Strafford Berwyn Paoli Little League — nicknamed the Lightning — won the Southeast Region championship on July 8 and is headed to Indiana, Pa. to compete in the Little League State Championship. Their first game is against the Anthracite Little League from Carbon County on July 13.

“You know you’re in Pennsylvania when your opponent is called the Anthracite Little League,” said Ciarrocchi, a Republican running against U.S. Rep. Chrissy Houlahan (D-Chester/Berks).

“It’s all good, but it’s an overwhelming daily challenge to try and juggle the social media, the fundraising and events, and what have you. It’s a lot of fun and I’m busy because there’s a lot to do. Add in a little softball in my life. It makes a busy day, but that’s okay. It’s a few hours, you step away and do something different.” 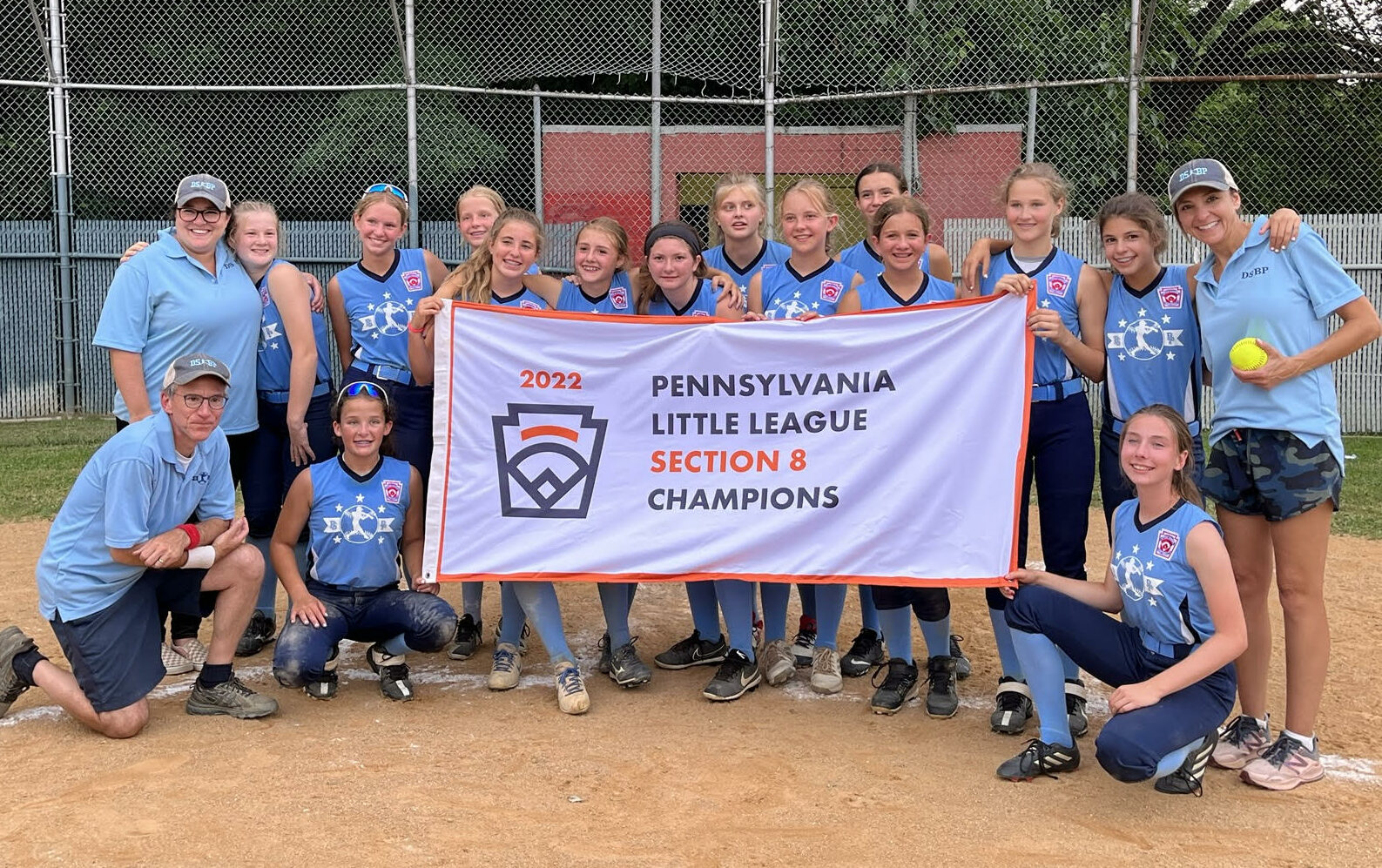 It’s a family affair. Both of Ciarrocchi’s daughters, Alexandra, 28, and Anastasia, 21, are assistant coaches. When Ciarrocchi began campaigning, he turned over the head coaching spot to Christine Amoroso and he is now the bench coach.

Laura Manion, his successor as CEO of the Chester County Chamber of Business and Industry “in a world of small worlds,” is also an assistant coach, he said.

Amoroso said, “I’m not into politics. This is all about a talented group of young ladies that have worked hard all year to be ready for this. All the coaches and parents are extremely proud of them and excited to head to Indiana, Pa. We hope to bring home a state title!”

“I love it,” he said. It was his daughter, Anastasia’s, idea. At 12, she wanted to play travel softball and also wanted to be a coach. He told her she could coach along with him.

“Coaching for just coaching is a thrilling experience because you can totally immerse yourself in just coaching and not have to worry about whether you’re being too kind or too mean to your own kids,” Ciarrocchi said. “I usually stay with the girls until high school, their freshman and sophomore year.”

“I would hope even if I’m elected to Congress I can come back and see them and help out from time to time,” he said. “Twelve and 13-year-old kids have no filter. They tell you the truth…They know me and we joke. And they tease me. They told they were going to buy me Life Alert because I’m getting old and if I fell in the dugout they’d need someone to come and rescue me.”

The team members played a regular-season of Little League ball and then tried out for this team. They won at the district level, which included parts of Chester and Montgomery counties. Then they won the sectionals, winning the championship of Southeast Pennsylvania, one of eight sections in the state.

“The highlights, as a team, we had not lost in 2020 (or) 2021. When we did this we lost our first district game and we had to play that team again and beat them—twice. So having lost to a team from Lower Perkiomen who were very good, we had to beat them twice and we did. Seeing that the girls could respond to their first loss and come back from that loss and win was a great thing. They really all contributed. ”

“And winning section and getting to go to the state is a big thrill,” he added.

Along with his daughters playing softball, his son, Louis played baseball before switching to football, so all his kids share his passion for sports.

And just as Ciarrocchi roots for his team, they are rooting for him.

Corinne McReynolds, 13, of Wayne, said, “I think it would be super cool to have the coach of my travel softball team become a congressman. It would give the opportunity to visit the capital building, which I’ve never done before. I know my coach very well and he’d do a great job in the House of Representatives.”

Ciarrocchi said the girls will practice on the artificial turf field at the venue in Indiana, something they are not used to playing on.

“As a coach, you want to see these kids get to play other good kids,” Ciarrocchi added. “I’ve coached close to 1,000 games in my life.”

Games where the score is close are more fun.

“These games should be very competitive,” he said. “So it should be a lot of fun.”