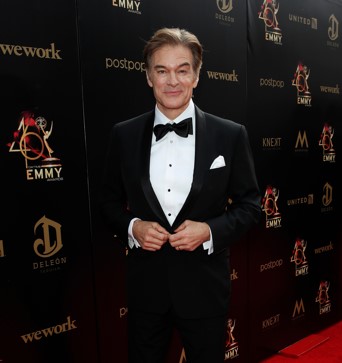 Reports that TV star Dr. Mehmet Oz plans to run for the U.S. Senate in Pennsylvania as a Republican had tongues wagging this week.

Doctors have served in Congress, so it would not be unprecedented.  Currently, several Republican doctors are serving in the Senate including Rand Paul of Kentucky, Bill Cassidy from Louisiana, Kansan Roger Marshall, and John Barrasso of Wyoming.

Sen. Pat Toomey, a Republican who currently serves Pennsylvania, is not running for reelection, leading to a long list of candidates, both Democrat and Republican, who are vying for Toomey’s seat.

But if he decides to run, Oz wouldn’t be the only doctor in the race.

“We have many great candidates for the Senate and governor positions and in the final analysis the people of Pennsylvania will make the ultimate decision and select the candidates they believe can represent them at the highest level of leadership excellence,” said Dr. Nche Zama, a cardiothoracic surgeon from the Poconos, a Republican who is running for governor.

Dr. Robert Sklaroff, who practices hematology, oncology, and internal medicine and is affiliated with Nazareth Hospital, said of Oz, “It seems he has not reflected the fundamental views of the Republican Party, both regarding domestic policy (having supported a lot of progressive Democrats) and foreign policy (having supported Turkey’s Islamist President Erdoğan). From a medical perspective, he has hawked ‘miracle cures’ that aren’t based upon peer-reviewed data. My major concern is election integrity and he has never—to my knowledge—addressed violations of election integrity in 2020 which, in my humble opinion, continues to be the major threat to democracy.”

On a lighter note, Dr. Bob Michaelson, a retired Montgomery County resident, said, “I guess Dr. Oz (meets) the constitutional qualifications of being at least 30 years old, a U.S. citizen, and a resident of his state. Being a public TV personality seems to have worked for others. I don’t know how well he would legislate, but I would prefer the Wizard of Oz in most cases.”

And forensic pathologist Dr. Jonathan Briskin said, “I think he should stay on TV.”