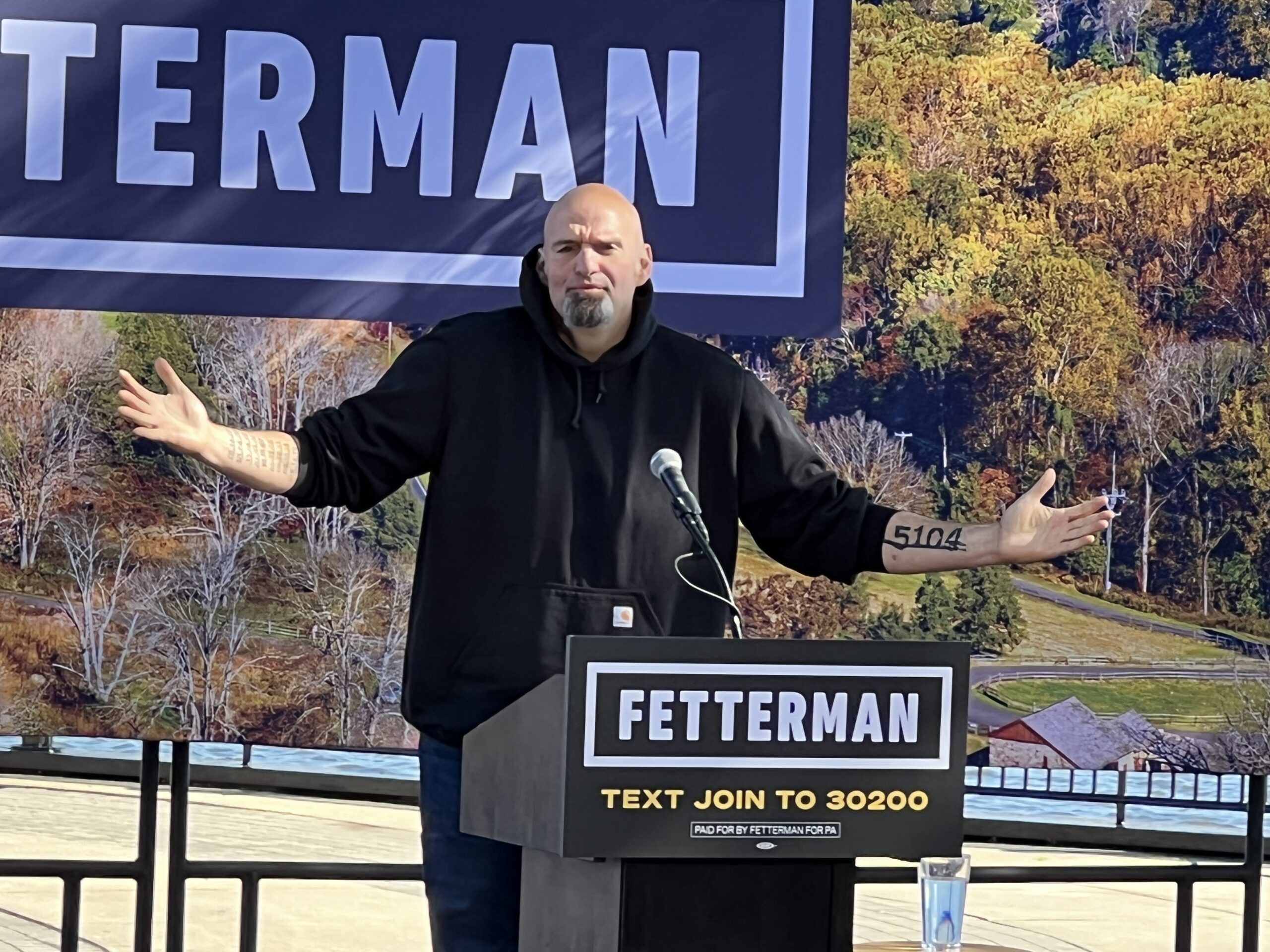 On a campaign visit to Bucks County on Sunday, Democrat Senate candidate Lt. Gov. John Fetterman kept up his mocking attacks on his Republican rival Dr. Mehmet Oz, delighting supporters with quips about “crudite” and Oz’s connections to New Jersey.

The Bristol Borough crowd, which numbered in the hundreds, laughed and applauded,

Democrats, however, are not laughing about the latest trend in the polls which shows Oz steadily gaining on Fetterman. Several political polling organizations, including the Cook Political Report, now rate the race a toss-up.

Fetterman did his part to close the deal with Democrats and independents in the crowd, promising to be the majority-maker in the U.S. Senate for several progressive issues.

“Send me to D.C., and I’ll be the 51st vote,” said Fetterman. “Send me there to eliminate the filibuster, raise the minimum wage; $7.25 an hour is that okay? Isn’t it ironic that a guy with 10 gigantic mansions thinks $7.25 is still okay? 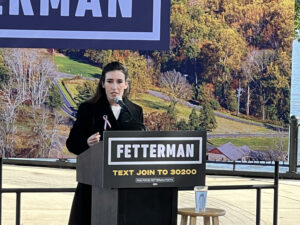 “I am going to make sure we vote and pass the Pro Act. Our campaign (is) running on the union way of life and how sacred that is. It built America. It built the middle class, and we need to make more stuff in America, more stuff here in Pennsylvania.”

“I am going there to fight to expand healthcare,” he said. “I’m going to fight for veterans,” said Fetterman, who accused retiring Sen. Pat Toomey (R-Pa.) of using veterans as “bargaining chips.”

“Another thing: Marriage equality,” said Fetterman. “Back in 2013, as mayor (of Braddock) I was the only official willing to solemnize a gay marriage when it was illegal. (Gov.) Tom Corbett threatened to have me arrested for that. And I said, ‘You know what? You know where I live.’”

“I’m going to fight to codify Roe v. Wade,” he said. “Abortion is on the ballot.”

Republicans believe the power of the abortion issue is waning and voters will turn to the GOP on more ever-present issues like the cost of living and concerns about crime.

“Dr. Oz has closed the polling gap on Fetterman for a variety of reasons, not the least of which is (Fetterman’s) awful record on crime,” said Republican consultant Charlie O’Neill. “Fetterman has never met a criminal he didn’t think was a victim, which is backward thinking to most Pennsylvanians. In addition to his terrible crime record, voters know Fetterman won’t stop inflation. He won’t secure the border. They are also meeting the real Fetterman, the trust fund kid who lived off his parents for decades and didn’t pay his taxes – it’s all tarnishing the ‘every man’ facade he tried to create.”

However, many of the rally attendees DVJournal spoke to said abortion was a top issue for them.

“I’m for John Fetterman because I believe in a woman’s right to choose,” said Phyllis Arnold of Buckingham, a retired teacher. She also said she favored “sensible gun control” and “being the stewards of the planet.” And she was concerned about access to healthcare, especially for the disabled.

“My number one concern is protecting the vote, protecting democracy,” said Parkin.

Maggie Finn, also of Bristol, said she worries about the fentanyl crisis and lost her brother to an overdose. Substance abuse “needs to be treated as a health problem, not a criminal justice problem,” she said. “I think people should not be in jail for nonviolent possession.” 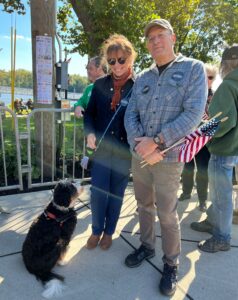 “It’s a slippery slope to a fascist, authoritarian theocracy,” she said.

In a somewhat unusual move compared to other campaigns, the Fetterman event began with a warm-up act to get the crowd pumped up and ready for the candidate. He exhorted the crowd to chant and wave the Fetterman signs they had been given when they walked in the gate, similar to a comedian talking to a television studio audience before taping a show.

No similar warm-up person was present at recent Bucks County rallies for Oz, GOP gubernatorial candidate Doug Mastriano, or a rally in Wilkes-Barre that former President Donald Trump held for Oz and Mastriano.

Several local Democrats took to the stage to praise Fetterman and talk about their races, including congressional candidate Ashely Ehasz, who is running against Rep. Brian Fitzpatrick (R-Bucks/Montgomery).

Ehasz mentioned she was a combat veteran raised by a single mother. She joined the Army at 17 and went to West Point.

Ehasz said, “I value leaders who will fight for and protect veterans…When I needed her most when I was a young kid just trying to hope for a better future, my country saved me, and as I stand here before you all as your Democratic nominee for U.S. Congress, I am running to save her when she needs us most.”

While Oz and supporting PACs are running ads detailing Fetterman’s record on crime as the chair of the Board of Pardons and using Fetterman’s own words in favor of freeing one-third of the state’s inmates, Fetterman said that he is the candidate who would be tough on crime.

“Send him back over the river to New Jersey and send me to D.C.,” he said.

During the rally, Republican protesters could be heard chanting “U.S.A.” from nearby and a boat sporting an Oz flag motored along the Delaware River honking.

After his remarks, Fetterman briefly mingled with the crowd and then left the area without taking questions from the press.

Bucks County Republican chair Pat Poprik said, “Well, I’m glad to see that he finally decided to campaign and come out of his basement and let people talk to him.”

“I think the people deserve more than that from someone who is running for such an important office,” said Poprik.

Brittany Yanick, a spokeswoman for the Oz campaign, said, “Dr. Oz is running against the most pro-murderer candidate in the nation, and he is going to win in November because he is showing up and listening to voters – Republicans, Democrats, and independents – who want to see a change from the failed policies of the past.

“Pennsylvania can’t afford a Bernie Sanders socialist who wants to release one-third of Pennsylvania inmates, decriminalize all drugs, eliminate life sentences for murderers, and raise taxes on hardworking Pennsylvanians while failing to pay his own taxes 67 times.” 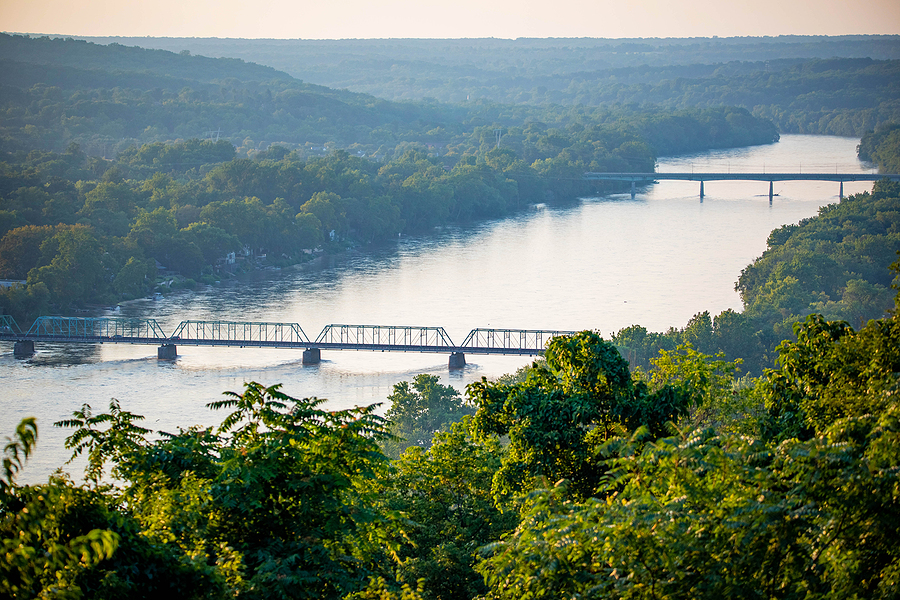 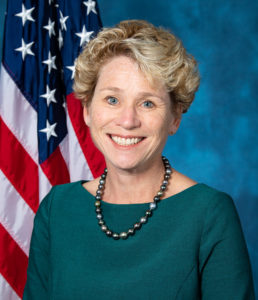 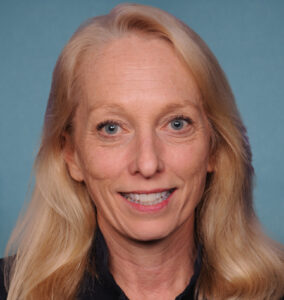