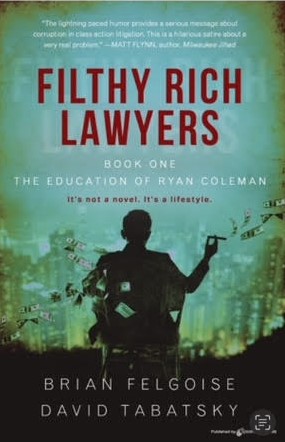 Brian Felgoise has dedicated his professional life to the law.  You could say he was raised that way.

The son of two lawyers,  the Fort Washington resident has been a practicing attorney since graduating from Temple University’s law school 28 years ago. Today he specializes in personal injury work but started his career handling securities and class action cases.

As respectful as he is of the law, Felgoise has some strong opinions about his profession and the people in it. The result is “Filthy Rich Lawyers,” a fictionalized satirical, semi-autobiographical overview of the legal landscape which Felgoise created in tandem with co-author David Tavatsky.

The book is available online.

Felgoise drew on the early days of his own career to create his narrative and his lead character, a young attorney named Ryan Coleman. Like his character, Felgoise lost his father when he was young. 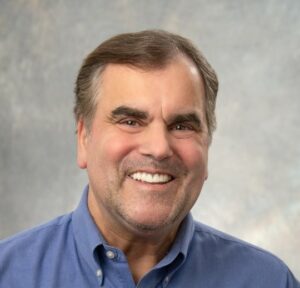 The opening scenes of the book find Coleman arguing a case in federal court.

Felgoise recalls a similar case early in his own career when he was making an argument in court in Dallas and found himself trying to apologize to the judge hearing the case. The experience left him with vivid, if not necessarily fond memories.

“She didn’t accept my apology and continued to rip me to shreds,” he recalls.

Felgoise originally intended his book to be a memoir of his life and career but decided to offer a novel instead, complete with a satirical view of the legal profession instead.

“I never felt good about (a memoir) because I’m not a celebrity,” he said. “And who wants to publish a book about a nobody?”

With tongue in cheek, Felgoise and Tabatsky offer insights that are recognizable to other members of the bar.

“I wanted to kind of pull back the curtains and give the public some insight of what securities/class action (legal cases) are,” he said. “The first three chapters are a true story, what happened to me but then it doesn’t really involve the law.

“It’s not like we have an axe to grind. We made it comical on purpose.”

Lawyer Ryan Coleman, is recognized by his colleagues for his willingness, or perhaps eagerness, to take on authority figures, such as a judge.

Felgoise admits there is more than a little of himself in the character.

“That was always me,” he said. “I have always been the kid to point out and say ‘The emperor’s not wearing any clothes.’ That was just my nature.

“So, we used the expression that he had (guts) and (that) kind of serves him throughout the whole novel.”0

In the course of the novel, Coleman finds himself in the world, as Felgoise describes it, of “ultra-uber successful class-action lawyers, who are playing for very high stakes.

“In securities-class action, people get pennies on the dollar and the lawyers may get millions,” Felgoise says. “What happened is Congress passed legislation to have lawyers get windfalls to help them police corporate greed. So, lawyers are getting hundreds of millions of dollars and stamping out corporate greed.”

While the legal community may read “Filthy Rich Lawyers” and encounter scenarios that are uncomfortably familiar, Felgoise says his target audience is the public at large.

“I wanted to give people an escape from the crazy world we live in,” he said. “I think my book is an easy read, and I think I accomplished that.”

“And, I think people learn a little bit about class-action lawyers but it’s really not about class action law. It’s really about this kid who by the end of the book is staring to have moral dilemmas. He’s questioning all (his) values and ‘What the hell is he doing?’”

A graduate of Lower Moreland High School and the University of Pittsburgh, Felgoise said a sequel is at the publisher now: “In Due Time.” Depending on sales, Coleman might appear in a third novel, he said.