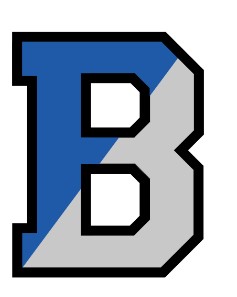 The Bensalem Township School District paid a Maryland-based consulting firm $110,650 to conduct an “Equity Review” and develop a “Diversity Equity and Inclusion” plan alongside the district’s new DEI committee.

The review, published by the district in May, provides 97 pages of analysis of the district’s operations. Underlying the premise of the review’s recommendations are ideas relating to the controversial tenets of critical theory associated with individuals like Ibram X. Kendi.

“Perhaps counter-intuitively, racial inequities cannot be addressed without acknowledging race—which is only a political construct used to create hierarchies in our society—and the inequities that are created by those in power (White and mostly male in the United States),” the review notes in a section criticizing the district’s current “‘color-blind’ approach to education.”

Records obtained via Right-to-Know Law request show that FourPoint Education Partners entered into a consulting agreement with the district on Jan. 27.

The partnership appears to be ongoing as the district continues to work on its DEI plan alongside FourPoint.

Andrea Buchanan is a mother with two children in the district, and is critical of the contract and the audit results. Working with a small group of other concerned parents, she has been tracking the district closely, and also obtained the equity audit contract and report through a Right-to-Know request.

The report FourPoint returned to the district is packed with academic language, much of which is aimed at otherwise innocuous subjects, including empowering principals and providing resources to students learning English as a second language.

“Systemic coherence is a journey, not a destination; therefore, effective school districts are constantly working to align theory of change, strategy, and other elements to improve school performance while bombarded by external factors (i.e., a local election or a pandemic),” one of the report’s conclusions said.

However, FourPoint is absolute in recommending that the district change its practices to adhere to ideas common among left-wing activists.

“Every policy and practice must be equitable and antiracist at its core—from how educators are hired and supported to how educational resources are allocated across schools and students to how families gain access to information to support their children,” it says.

And the district has, so far, been public about adopting this race-focused approach to education. In June, it hosted an “Equity Summit” that was open to the public.

“Bensalem Township School District unanimously passed a resolution supporting the development of an anti-racist school climate on August 26, 2020,” the the Summit announcement noted. “We have undergone an independent review of our District and are ready to begin our work with this kick-off event.”

The event included Dr. Cherrissa Gibson, the Director of Equity, Diversity, and Education at Pennsbury School District. Gibson is currently a defendant in a lawsuit against Pennsbury filed by local parents who claim to either have been silenced at school board meetings or seen their comments struck from the record of meetings after Gibson claimed they used “coded racist terms,” according to the plaintiffs.

“We feel like education has gotten off track of what it’s supposed to be,” Buchanan said. “We’ve gotten very far away from the basics: reading, writing, arithmetic.”

“The [DEI] things that are being pushed in school should be taught at home.”

Requests for comment to Bensalem Township School District were not returned.