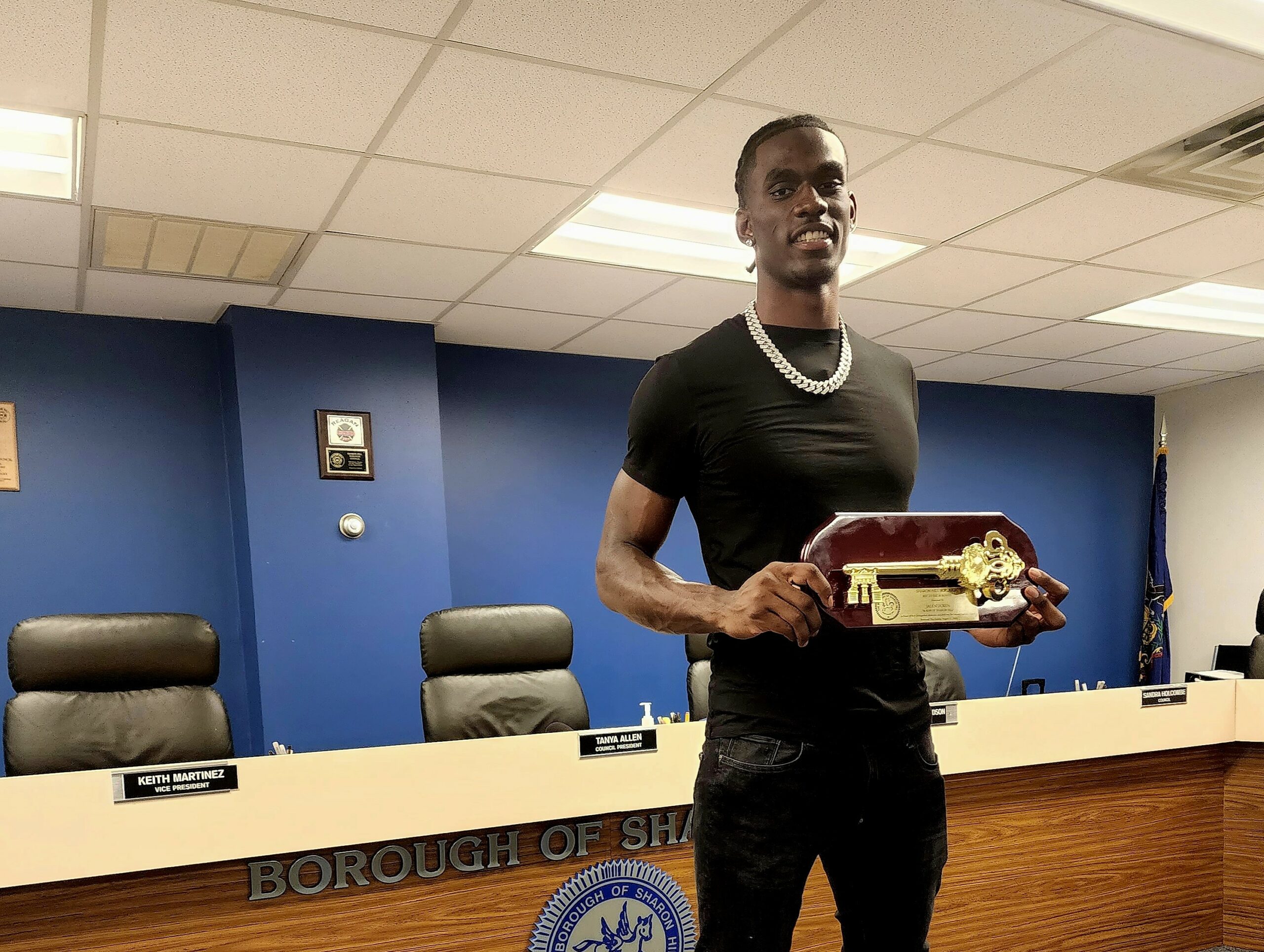 On Sunday Sharon Hill Borough proudly presented Jalen Montez Duren with a Key to the borough to celebrate his accomplishments as the 13th overall pick during the first round of the 2022 National Basketball Association (NBA) Draft. 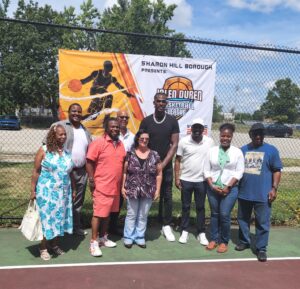 Duren was raised by his mother, Aneisea Hudgins, in Sharon Hill. He grew up playing football, baseball, and basketball and ultimately focused on basketball. Duren’s immense talent in basketball and academics has taken him from his home in Sharon Hill across the world. One of his many accomplishments as a high school player includes selection for the 2019 FIBA Americas U16 Championship All-Star Five.

This year,  Duren led the University of Memphis to their first NCAA Tournament appearance since 2014. On April 18, 2022,  Duren declared for the 2022 NBA draft and was selected as the 13th overall pick during the First Round. On July 7, 2022, Duren signed a contract with the Detroit Pistons. On August 21, 2022, Sharon Hill Borough Council presented Duren with the key to the borough at Academy Park basketball courts.

Afterward, the celebration continued at Borough Hall for refreshments and food provided by Lagos Island Grille.