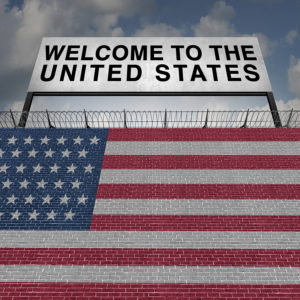 I don’t have time to write this. Immigration lawyers like me around the country don’t have time. For those of us representing immigrant families who have arrived in the US in the last eight to 10 years seeking asylum from violence and persecution, those families still fighting their cases in immigration court. What we have is an obligation to keep families here at all costs and prevent deportation.

On April 3, 2022, the Department of Homeland Security (DHS) published guidance to the attorneys representing DHS. The guidance instructs DHS attorneys to use prosecutorial discretion to dismiss thousands of cases, mostly asylum cases, in immigration court, prioritizing for dismissal immigrants who crossed the border before November 1, 2020, and who are not a threat to national security or public safety.

The Biden Administration wants to decrease the “backlog” of cases to make room in the system for people who may enter in the next few months. American Immigration Lawyers Association recently estimated that there are about 700,000 low or nonpriority cases in the current immigration court “backlog.”

Sounds good on the face of it, but the devil is in the details. Here’s the problem – the Biden administration has decided that it is better to dismiss or terminate the low priority cases and leave immigrants in the US WITHOUT work permits or Social Security numbers. In other words, they will stay here but become part of the underground economy.

People who have had work permits for 6-8 years while they wait for a decision in their asylum or other immigration court case will lose work permits. When an immigrant loses their work permit, they also lose access to a driver’s license, their ability to pay taxes, register their children for college and complete the FAFSA for student loan eligibility. They will be vulnerable to unscrupulous employers, consumer fraud and criminals who see them as defenseless without “papers.”

What makes this decision to take away work permits more unconscionable is that there is a ready-made solution that worked just fine during the Obama Administration. It is called Administrative Closure.

An immigrant whose case is administratively closed continues to have their case in the immigration court, but with no future hearing date. The case is removed from the court’s active workload. The TRAC research center of Syracuse University calculated 69,355 immigration court cases closed using Administrative Closure as a form of prosecutorial discretion between 2012 and 2017. To no one’s surprise, the program ended with the Trump Administration.

In December 2021, DHS Secretary Alejandro Mayorkas stated that he did not favor Administrative Closure. He wanted cases dismissed outright so that they would be permanently off the court’s docket. Mayorkas has no authority over the immigration courts; they are part of the Department of Justice. DHS does have to maintain and store the files for Administratively Closed cases, but it is hard to imagine this creates any significant hardship.

So, when DHS’s Principal Legal Advisor (OPLA) Chief Kerry Doyle published guidance strongly favoring dismissal instead of Administrative Closure, she is following her boss’s lead. In an engagement webinar with immigration attorneys on April 5, 2022, she commented that the problem of work permits is “not in our lane.”

Apparently, the top priority for President Biden’s DHS team is to close cases at all costs. The Biden administration seems more concerned about counting beans, decreasing the official “backlog” of 700,000 cases, than the real cost in human terms.

It would have been so easy for the Biden administration to explain to press outlets and the public that administratively closed cases do not count as part of the immigration court “backlog” since they are not active cases.

It would have been so easy to avoid telling immigrants they must hide in the shadows again and can’t renew a work permit or social security number.

Now, the Biden administration wants me to be a part of their “solution.” They want me to encourage my clients not to object when the government asks to dismiss the case [DHS retains the right to dismiss cases even against the request of the immigrant and it may come to that].

Now, I must explain the pros and cons of dismissal to my clients, or at least try to explain. Dismissal will save them from the immediate threat of deportation, but it does not grant them any status. They will lose their work permits and go into the shadows with the other approximately 11 million undocumented immigrants in the US. It will be hard for them to see this as anything other than a significant step backwards.