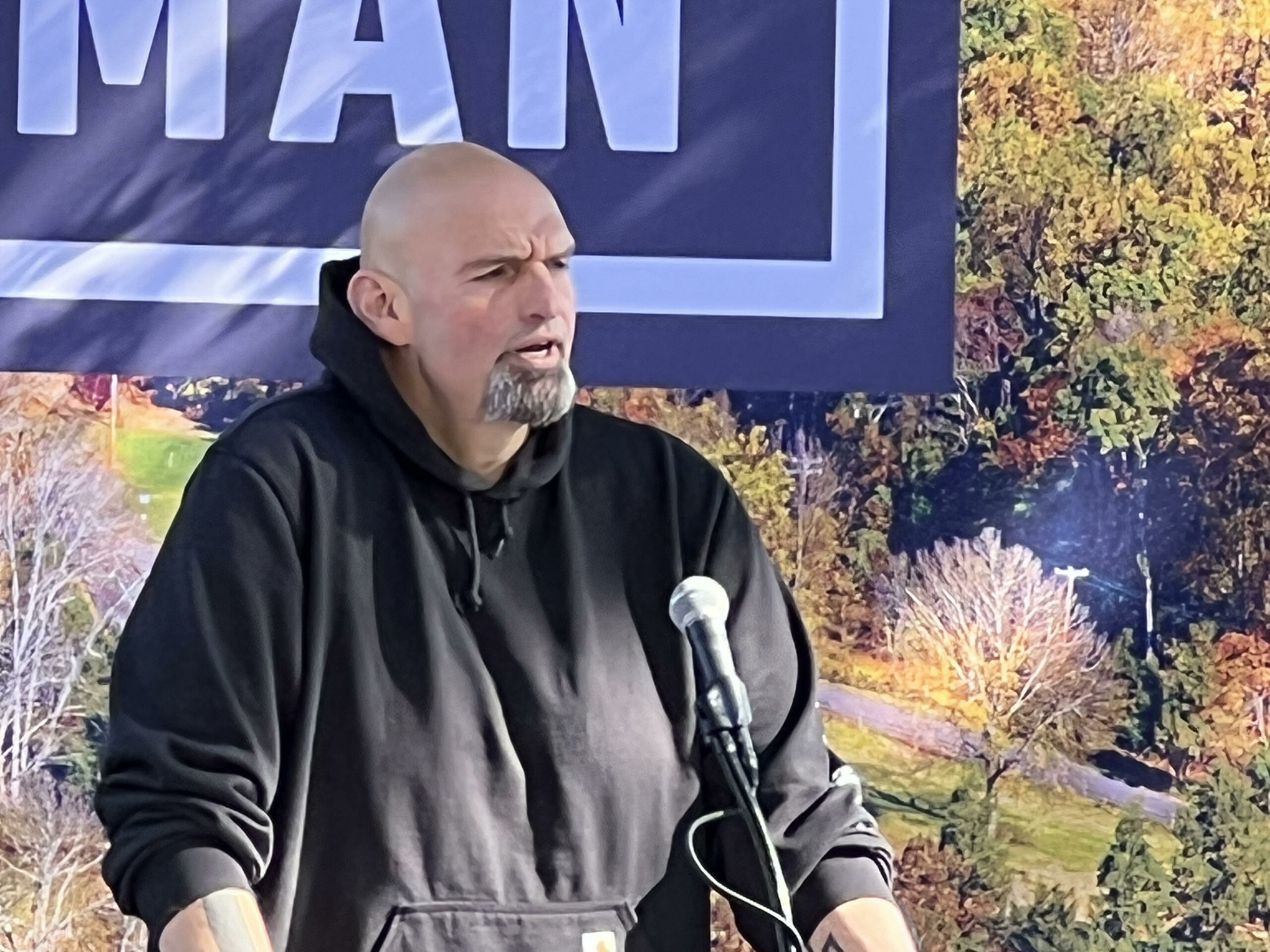 In his successful U.S. Senate run, Lt. Gov. John Fetterman, 53, had to surmount not just a formidable Republican opponent but also the lingering effects of an ischemic stroke likely caused by atrial fibrillation, the cardiac abnormality involving the heart’s upper two chambers.

When he takes office in January, Fetterman will have to persist with massive lifestyle changes necessary to stay healthy and also manage a new and demanding position.

Having served as Pennsylvania’s lieutenant governor since January 2019, and having run as a senatorial candidate once before, Fetterman is no stranger to the challenges of high-stakes politics.

And for patients with atrial fibrillation and a prior history of stroke, the potential for returning to a normal, healthy adult life is good. But doctors and medical researchers stress that beneficial lifestyle changes must be initiated and followed through. And there lies the challenge.

“Lifestyle modifications are hard to adopt and even harder to persist with,” said Peter Noseworthy, M.D., a cardio electrophysiologist and cardiologist in the Department of Cardiovascular Medicine at Mayo Clinic in Rochester, Minn. He spoke in general about atrial fibrillation, not specifically about Fetterman.

Atrial fibrillation is a cardiac disorder resulting in an irregular heartbeat that can have bothersome symptoms, such as palpitations and shortness of breath. It also can lead to blood clotting and stroke, such as happened to Fetterman on May 13, 2022. He underwent surgery to implant a pacemaker-defibrillator on the day of the Democratic Senate primary, four days later.

After that, it was not a simple matter of getting up and leaping back into the race. The stroke had temporarily starved his brain of oxygen, leaving Fetterman with an auditory processing disorder known as aphasia. That made it difficult for him to understand spoken speech and respond clearly. The seeming disability gave his opponent, Mehmet Oz, fodder to accuse him of being unfit for the office.

Aphasia is a language deficiency, not a cognitive defect, and experts agree the adult brain can continue repairing itself six to nine months after a stroke, possibly for much longer. Some aphasia patients have made a full recovery.

Patients with atrial fibrillation are generally placed on oral anticoagulants to lessen the risks of another stroke. Lifestyle changes are also strongly recommended. “Atrial fibrillation is somewhat of a chronic condition,” Noseworthy said.

“That doesn’t mean it can’t be treated or controlled, but the risks of atrial fibrillation and stroke likely persist, so it’s not the kind of thing where you can take a short course of anticoagulant and minimize your risk. It requires ongoing treatment, usually over the course of a patient’s life to control symptoms and minimize the risk of stroke,” he said.

Fetterman is 6 foot 8 inches tall and given his peak weight of 400 pounds he had a body mass index (BMI) in the neighborhood of 44, well over the recommended BMI of 25 for his height. He has appeared much slimmer in public recently, suggesting that he is losing weight. He claims to walk four to five miles regularly. However, tall people have larger atria and are at greater risk for atrial fibrillation, and Fetterman, being unusually tall, is in a class by himself.

Medical researchers say there is compelling evidence that weight reduction can contribute enormously to risk reduction in atrial fibrillation. Patients who fail to bring their weight under control or who have wide weight fluctuations are at higher risk for recurrence of symptoms, according to studies reported by the American Heart Association.

At least 2.5 hours of moderate-intensity physical activity every week is also thought to be beneficial in preventing problems with atrial fibrillation.

Fetterman famously ignored his doctor’s advice about his heart condition for five years until he had a stroke. So, succeeding with his recovery will involve bucking deep lifestyle trends while contending with a highly demanding public role.

Senators average just 165 “legislative days” a year, and for that, it is often alleged they do not work as hard as others. In fact, the days on Capitol Hill can be very long, and when not in session those elected to Congress have many other demands on their time.

“No matter where they are or what they are doing, House and Senate members are spending 83 percent to 85 percent of their time—and well over 40 hours a week—on legislative and policy work, constituent services, political and campaign work, press and media relations, and administrative duties,” according to ThoughtCo.com, an education website.

In a mid-October 2022 update on Fetterman’s health, his doctor, Clifford Chen, M.D., said Fetterman was making substantial progress with his recovery, as evidenced by a blood pressure reading of 116/82 with a heart rate of 80 and a positive cholesterol profile. “I have spoken with his neurologist and cardiologist and he will follow up with them routinely. [Fetterman] takes appropriate medications to optimize his heart condition and prevent future strokes. He also exercises routinely.”

Based on that, Chen said Fetterman was committed to maintaining good fitness and health practices and could work a full shift in Congress with no restrictions.