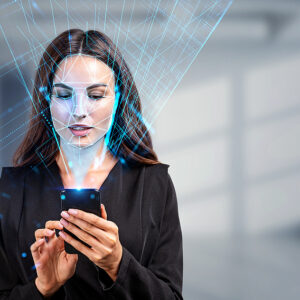 The Internal Revenue Service has abandoned plans to force taxpayers to a private facial-recognition system to access their online accounts, the agency announced this week. But critics say the now-foiled effort is part of an ongoing expansion of the frightening federal agency into more of our lives.

In a statement announcing it is dropping the program, IRS Commissioner Charles Rettig said, “Everyone should feel comfortable with how their personal information is secured.” Based on the reaction, few Americans were comfortable giving the feds a face scan.

In a letter to Rettig objecting to the plan, signed by Sen. Pat Toomey (R-Pa.) and other ranking members of the Senate Finance Committee, said in part, “We have serious concerns about how ID.me may affect confidential taxpayer information and fundamental civil liberties.”

“The most intrusive verification item is the required ‘selfie,’ which is much more than simply uploading a picture; it is submitting one’s face to be digitally analyzed by ID.me into a ‘faceprint.’ Additionally, using ID.me appears to subject taxpayers to the terms of three separate agreements filled with dense legal fine print: a privacy policy agreement, a terms of service agreement, and a ‘Biometric Data Consent and Policy,'”  the letter stated.

According to Emory University Professor Usha Rackliffe, taxpayers using IRS.gov to pay their taxes or check on their balance would have to upload a video of themselves, along with a government-issued photo ID. Under the original plan, that would have to be done by the summer of 2022 to access older tax returns and information regarding the federal Child Tax Credit. It would not, Rackliffe said, impact the process of filing a tax return.

Rackliffe has serious objections to the IRS’s use of the technology, as do civil liberties organizations like the American Civil Liberties Union and the digital advocacy group Fight for the Future.

“The IRS’s plan to use facial recognition on people who are just trying to access their tax information online was a profound threat to everyone’s security and civil liberties,” Fight for the Future’s Caitlin Seeley George said in a statement. “We’re glad to see that grassroots activism and backlash from lawmakers and experts has forced the agency to back down.”

“I am on the other side,” Young told InsideSources. “I am for anything that is going to make people more secure and more free. I think facial recognition software is already used in just about every government office.”

He went on to say he is for photo (or video) ID in nearly every situation.

“We could have a voter ID with a picture on it. All the president would have to do is make an executive order. You could even put fingerprints in it. It can work for other things too. Whatever you sign up for, take a picture. It would only be a problem for those with a criminal record, but that is already a problem.

“India does it. That is a country with over a billion people,” Young added.

For Rackliffe, there are three areas of concern.

“The first concern is the accuracy of the software. With technology always comes challenges. The facial recognition software uses biometric scanning. So, it uses artificial intelligence and machine learning to validate you are who you say you are. It sounds good in theory, but in practice, studies have shown that if you have a darker skin tone, perhaps it may not always be accurate in identifying you. With the false negatives and false positives, the rates have been higher with people of a darker skin tone.”

Rackliffe is also uncomfortable with the IRS relying on an outside vendor like ID.me.

And, she notes, neither the IRS nor ID.me have laid out the nuts and bolts of their collection process or how information is stored.

“We can all agree the use of technology to catch a bad guy is a good thing,” Rackliffe said. “But when does it become government overreach?”