MASTRIANO: We Can Secure Our Schools Without Trading Away Constitutional Rights 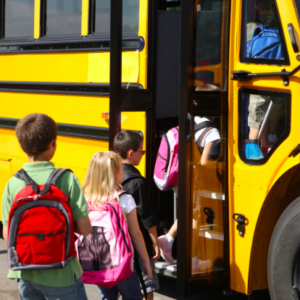 To no one’s surprise, the horrific school shooting in Uvalde, Texas is being exploited to pressure Americans into accepting a false choice: their rights or their safety. Don’t be fooled.

It’s much easier to confront inanimate objects than human flaws, which is why many lawmakers are quick to demonize guns. But that doesn’t solve the problem. The investigation into this crime is ongoing, but we already know that standard life-saving protocols were not followed.

As elected leaders, we can’t allow the focus to shift from the evil actions of individuals to inanimate objects. In Pennsylvania, lawmakers have worked together to provide schools with critical tools to identify potential threats and safeguard classrooms.

In 2019, the General Assembly created The Safe2Say Program, an anonymous school threat reporting system, to help prepare schools and law enforcement for potential violent incidents. This system has generated more than 86,700 tips since its inception, not only for school safety concerns, but also for student safety issues like bullying and self-harm.

Also in 2019, the General Assembly established Threat Assessment Teams to ensure students who could potentially pose a safety risk receive necessary evaluations and treatment, and it established training requirements for school security personnel.

The General Assembly established regional Risk & Vulnerability Teams to conduct school safety and security assessments at no cost to schools. They created Community Safety Grants for local municipalities, colleges and community groups to boost safety and reduce the risk of violence in their communities.

What can the General Assembly do now? I have called for a $20 million funding increase in this year’s budget that may be used for armed resource officers, metal detectors, door fortifications, emergency response training, security cameras, door-locking technology, and increasingly innovative solutions that will provide more security than taking guns away from law-abiding citizens.

We can also join 29 other states that have added an extra layer of security in the classrooms by allowing school staff to carry firearms. I’m introducing SB 1288, which will allow Pennsylvania school employees to be armed while on school property.

An employee carrying a firearm on school property will be required to possess a valid PA concealed carry permit, complete a rigorous firearms course, and be certified as proficient with the firearm the employee intends to carry on school grounds.

To be certified, training must include courses on protection of students, interactions with first responders, tactics for denying classroom entry to intruders, safe handling and storage of weapons, and proficiency with defensive weapons under duress.

Additionally, those certified to carry in school would provide their name and photograph to the local municipal Police Department and the Pennsylvania State Police. This will allow law enforcement to know who is certified to carry should they need to enter the building in an active shooter situation.

SB 1288 would not be a mandate but would give school staff the ability to be a last line of defense if they choose. Sadly, there are some who think they shouldn’t have that choice. The president of the teachers union in Pennsylvania has gone on every network to call this proposal “dangerous and absurd.” He believes that, even if a school employee has been trained, permitted, and certified, they should not have the ability to defend students in a worse-case life and death scenario.

Mr. Askey is dead wrong. Mass murderers are often attracted to “soft targets” where they know victims are not armed. According to the Crime Prevention Resource Center, there has not been a single mass shooting in a school where staff were permitted to carry a firearm. According to the Crime Research Center, there has never been an incident of lost or stolen firearms where school employees are permitted to carry. Overwhelmingly, those with concealed carry permits have proven themselves trustworthy for decades.

All of these school safety best practices are tangible, rational steps we can take to protect our students and protect our constitutional rights at the same time.

It’s also important to note that criminality, violence, violence with guns, and antisocial behavior are pathologies commonly linked to young men from fatherless homes. Confiscating guns does not address this demonstrably significant factor. We need to start a difficult conversation about this cultural disaster.

Citizens across the nation and in Pennsylvania have long been pressured to trade their liberty for security. One cannot exist without the other. We can do better at protecting our kids in schools without infringing upon the Second Amendment rights of law-abiding Pennsylvanians.