More Than a Stripper: Alexandra Hunt Runs for Congress 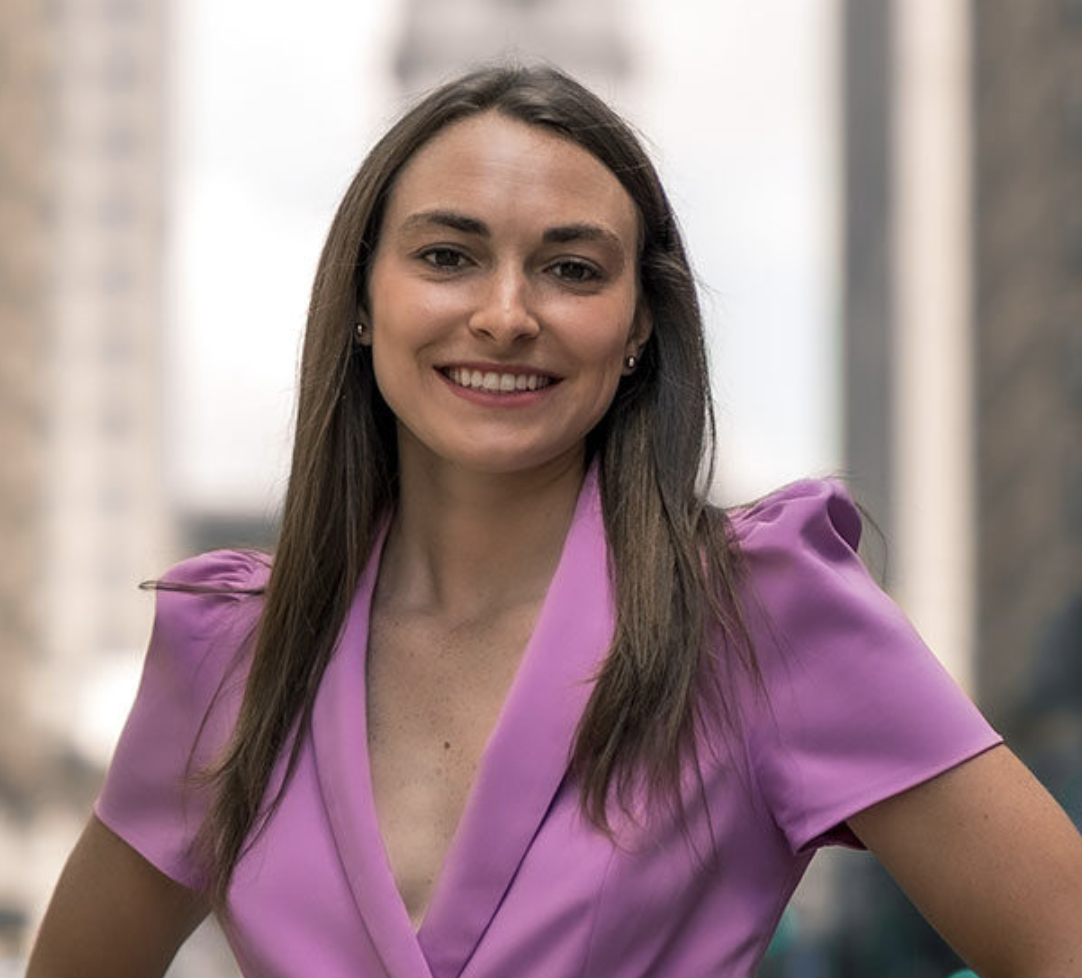 The former stripper is turning heads, and not because she’s is taking her clothes off.

Don’t count her out, though. She may have used the money she earned as a stripper to pay for her college tuition, but she has traveled the globe in her quest to do something good in the world.

“I grew up in Rochester, [N.Y.], and both my parents are teachers, so I went to the school that they taught at with my two brothers,” Hunt told Delaware Valley Journal. “With two teachers at home, our lives kind of centered around education, and that was always something that was very important. I see my parents as helping to raise the next generation, and I really think that teachers do such a service to us as a country.”

Hunt received her bachelor’s in psychology, with a minor in biology and creative writing from the University of Richmond. While she received financial aid, going to school was still expensive.

“During that time, I did work as a stripper,” Hunt explained. “I also worked as a server. I also worked for Victoria’s Secret as a salesperson. So a couple of different hats there. Then I came straight to Philly for what would become the rest of my adulthood.”

Drexel University brought Hunt to Philadelphia to study medicine in 2014, but she stayed for the closeness of the community. However, Hunt also saw the pain in parts of Philadelphia.

“I was also an EMT, and it was powerful just to sit down with someone and listen,” Hunt said. “There’s a lot of pain here too, and that pain comes from the neglect and the lack of resources that folks have to survive these difficult times. That was the state that Philly was in when I got here, and it has only worsened. And it has especially worsened with the pandemic.”

Hunt has always wanted to do something good for the world, and her original goal was to be a doctor.

“During my time in college and while I was stripping,” Hunt explained, “I had an envelope that was kind of my savings, but I didn’t put it into the bank. It was, ‘Do something good in the world with this.’ I put a portion of my tips every night into that envelope, and I used that to go on medical missions trips because I wanted to be a doctor. That was my plan… I traveled to Ecuador and Ghana, and then during my spring break at Drexel I decided to stay in the country, and I traveled to Pine Ridge Reservations, and that was when I decided I didn’t want to become a doctor anymore. I came to my direction toward public health.”

It was the COVID-19 pandemic that sealed the deal for Hunt to run for Congress.

“I was at a distribution site, and the line was extremely long,” Hunt said. “I mean, it was long. It wrapped around the building and down the street. And that was just one site that day. And I just had this thought that they aren’t coming to help us and what was I waiting for. That’s when I decided to run for office, and I’ve been building the campaign ever since.” 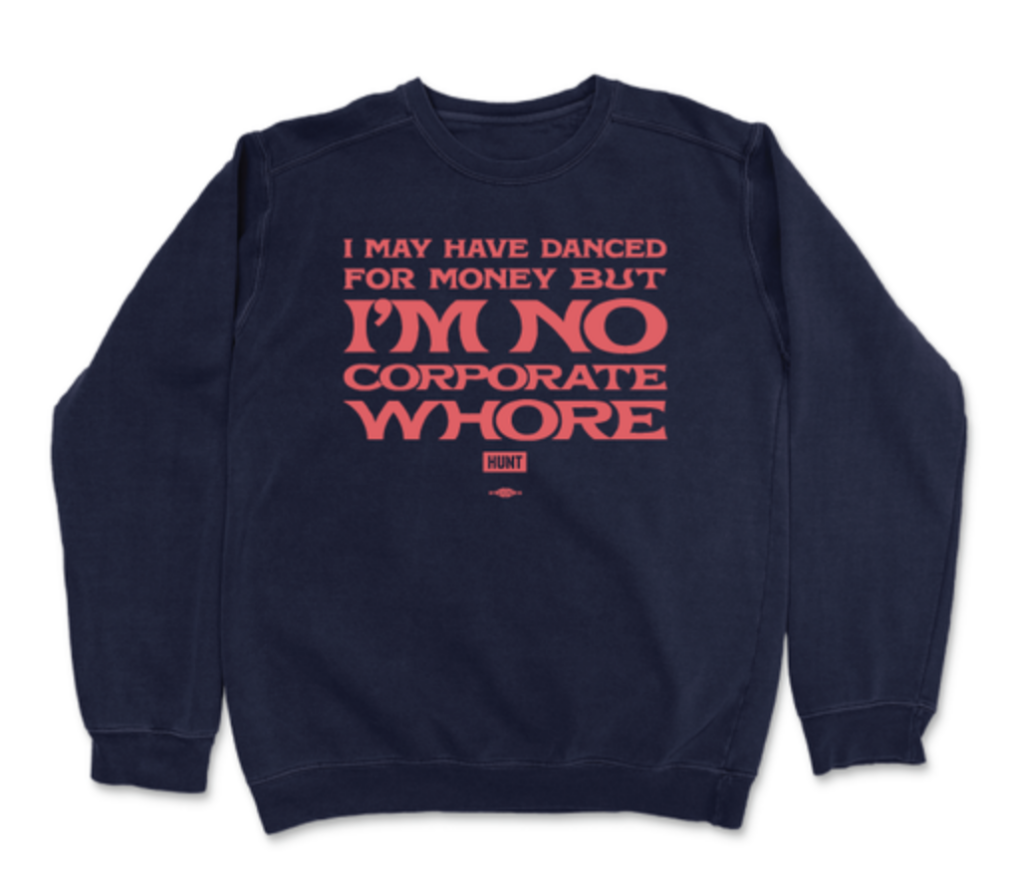 From the Alexandra Hunt campaign store

Hunt has an uphill battle ahead of her. The stigma surrounding her past work history could be a significant point of contention for her campaign.

“Yes, that could be the settling issue for them,” Hunt said. She hopes people look past her former job and see who she is now.

She is also fundraising off her unusual background, selling “Elect Hoes” gear on her campaign website.

Education, criminal justice reform, and economic justice are issues that Hunt intends to address if elected to Congress.

“Immediately: climate action,” Hunt said first. “We need to have a planet we can live on, and at the end of the day, regardless of our political views and regardless of whatever else we want to argue about, if we don’t have a livable planet, it’s moot. So we need to start addressing the climate issue now and not just putting drops in the bucket but all hands on deck in addressing the climate crisis.”

“The fact that we’re two years into a pandemic and we still have for-profit health care that is killing people is a major issue. It’s heartbreaking to watch my loved ones die because of this because they couldn’t get the care that they needed, and it doesn’t center on the need for care but rather the payment for care,” she said.

So Hunt is more than just a stripper, but for some, that might be all they see. So, how does Hunt deal with all of the negativity from her work experience?

“I think just trying to roll with the punches,” Hunt explained, “as they come in the hope that if we take these punches, if we take these hits, then the next person who runs with this in their past won’t have as many or they won’t be as harsh. That’s the hope. That’s what keeps me going and keeps me motivated even though it can be really hard. I’ve had people on our campaign who said that they’ve seen really nasty comments directed at some candidates and elected officials, but the degree and the frequency that they come into our campaign is alarming to them.”