Houlahan Can Handle the GOP; But Can She ‘Beat’ Joe Biden? 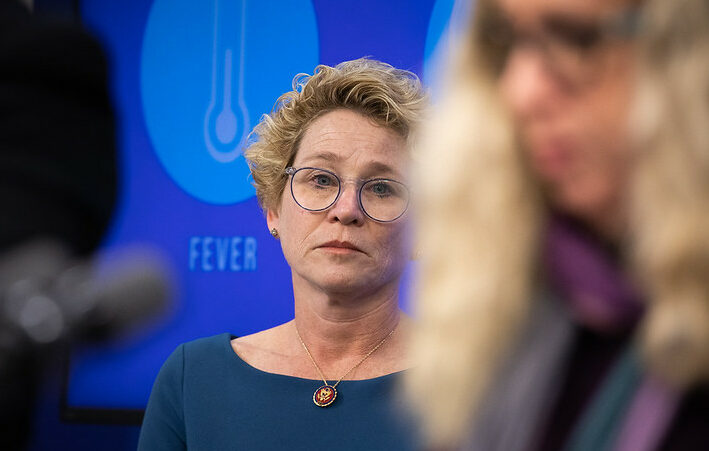 The soft-spoken suburban Philadelphia congresswoman professed there have been numerous occasions on which she has challenged the Biden administration and Democratic leadership.

She just thinks airing those conversations publicly is unproductive.

“If I am working on behalf of the people behind the scenes to make sure I’m having those hard conversations about what’s a bridge too far and what isn’t, I don’t want to have that in the press,” she says in an interview.

When asked what she thinks of her Republican opponent, Guy Ciarrocchi–whose old employer, the Chester County Chamber, once endorsed her–she released a lengthy sigh followed by a prolonged pause.

“I’m not a kind of person who likes to, you know, talk badly about people,” she allowed.

Houlahan may not need to get mean in order to secure a third term representing southeastern Pennsylvania’s 6th Congressional District. In the Democratic wave midterm year of 2018, she flipped the seat by 18 points. In 2020, a cycle in which Republicans surprisingly made congressional gains even as President Donald Trump was defeated, Houlahan still cruised to a win by a breezy 12 points.

Of course, 2022 has the feel of the inverse of 2018–with summer flashes of a red wave coming this fall.

But forecasters believe that for Houlahan to lose this district that runs from Reading through most of Chester County, the bottom would have to completely fall out for Democrats. The red wave would need to morph into a blood-red tsunami.

“Chrissy Houlahan is a strong incumbent,” said Jacob Rubashkin, an analyst for Inside Elections, a nonpartisan outfit analyzing elections. “She’s got those national security credentials, she raises good money, and the district is one that not only has been very Democratic recently but one that has moved in Democrats’ direction.”

While DecisionDeskHQ’s current model gives Republicans a 90 percent chance of taking over the House, it gives Houlahan an even higher probability–94 percent–of retaining her seat.

Ciarrocchi–pronounced ‘Sher-Rocky’–maintains he can make the race competitive by showing Houlahan to be a representative who promised to be independent of her party but has voted in lockstep with the Biden administration.

Those trio of Pennsylvania seats all sit inside considerably more favorable turf for Republicans; whereas Houlahan’s 6th was largely untouched by redistricting, keeping intact a purple-minded constituency that is roughly evenly divided by party, with a healthy share of independents.

Republican gubernatorial candidate Doug Mastriano could also potentially be a drag at the top of the ticket in suburban communities that have little appetite for culture warfare. Ciarrocchi said he had not decided on whether he would vote for Mastriano himself.

“I hope to be able to vote for Doug Mastriano this fall. We’ll wait and see. But I can tell you for this, there’s under no circumstance am I voting for Josh Shapiro,” he said.

Sitting inside the Philadelphia media market also makes the race pricier for outside GOP groups and Ciarrocchi, who only reported raising $181,000 during the last fundraising quarter with $193,000 cash on hand to spend.

Compare that to Houlahan’s $5.5 million war chest for the final three months of the race and the price of Ciarrocchi’s climb looks expensive especially when Republicans have so many other more enticing options on the board.

“We’ll see if they actually compete. Will American Action Network and the Congressional Leadership Fund come in and spend hundreds of thousands of dollars here?,” asked a Democratic operative tracking the race, referring to the major outside GOP super PACs.  “I think she survives the storm no matter how bad it gets.”

A passage from the book “This Will Not Pass” includes a scene of Houlahan pushing White House officials for more bipartisanship last spring.

“We need to have the opportunity to be able to show the American people that we aren’t just working with our side of the bench, but that we’re working with everybody,” she was quoted telling Biden officials.

But she was not enthusiastic about elaborating on that interaction.

“I don’t want to have those conversations on Twitter. I think that’s part of the problem with the country is that we are so provocative that it’s impossible for us to get along with one another,” she said. “I’m trying really hard to reset that – not only in our community – that sense of civility and decency but also in Washington, that sense of trust and respect.”

If the national environment deteriorates further for Biden and the Democrats, Houlahan may have to recalibrate her thoughts on demonstrating her independence more forcefully.

Ciarrocchi is going to attempt to make the case that her reticence is part of the problem. 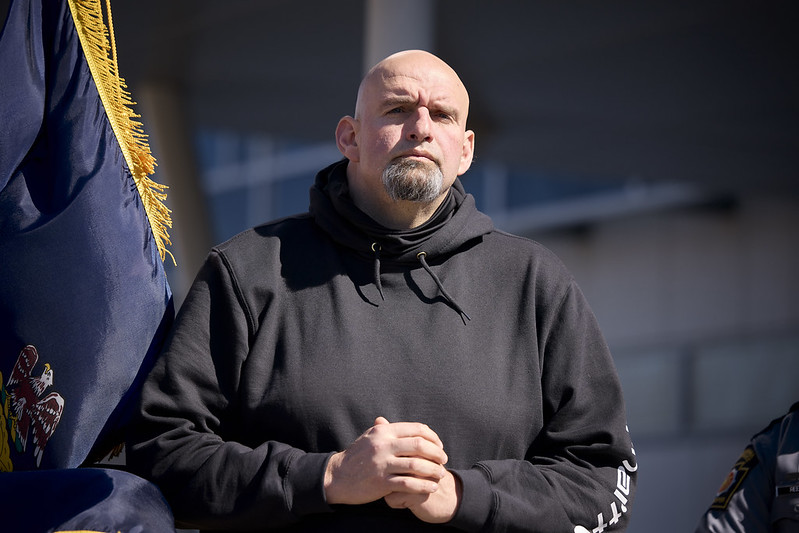 If the latest polls are any indication, Republicans Doug Mastriano and Dr. Mehmet Oz have their work cut out for them.

A USA Today/Suffolk poll released Wednesday showed they are trailing Democrats Josh Shapiro and John Fetterman in the race for Pennsylvania governor and U.S. Senator.

In the poll of 500 likely voters, Attorney General Shapiro led Mastriano, a state senator from Franklin County, 44 to 40 percent. Minor party candidates totaled 3 percent and 13 percent were undecided. The poll has a 4.4 margin of error.

Oz tallied at 37 percent and Fetterman, now serving as lieutenant governor, at 46 percent.  Minor party candidates came in at 16 percent and 13 percent were undecided.

And 26 percent of the voters thought the economy was the most important issue, followed by gun control. And just as in the rest of the country, President Joe Biden’s approval rating is underwater in Pennsylvania.

In 2018, 48 percent of Pennsylvania voters were registered as Democrats and 40 percent were Republicans. Today, the Democratic Party registration advantage has been reduced to 45 percent-41 percent among active voters, said David Paleologos, director of the Suffolk University Political Research Center.

“Even with Democratic party registration dwindling in Pennsylvania, both Fetterman and Shapiro are adopting a more populist approach to midterm voters and winning independents,” Paleologos said. “Voters say they are unhappy with the economy in Pennsylvania and President Biden’s job approval, yet these particular Democrats are threading the needle thus far.”

Robin Kolodny, chair of the political science department at Temple University, thinks voters have a lot of information about the candidates already.

“What these polls show is that most Pennsylvanians are already familiar with the candidates and have formed opinions about them,” she said.  “The campaigns still have months to go to try to change voters’ minds, but these early polls underscore how competitive both races will be.”

However, Liz Preate Havey, who chairs the Montgomery County Republicans, believes the Republicans will prevail this year.