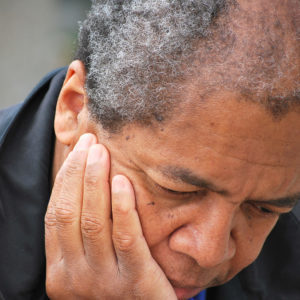 Suicides, Overdoses on Upswing as Lockdown Drags On

America’s “deaths of despair” — suicides, alcoholic liver disease and drug overdoses — are on the upswing as the ongoing COVID-19 lockdown lingers, with at least 20 states reporting a surge in deaths from opioid overdoses alone.

Since the extreme lockdown measures were enacted in March, public health experts have publicly expressed concerns that an unintended consequence could be a rise in what Princeton economics professor Anne Case and Nobel laureate Sir Angus Deaton have labeled  “deaths in despair:” suicides, drug overdoses and deaths linked to alcohol abuse.

“These three causes together, we just christened deaths of despair, and the term was to sort of pick up the idea of somehow that these are all a bit like suicide, in that like suicide themselves, they’re brought on by your own hand,” Deaton said during a recent American Enterprise Institute podcast interview. “And there’s a feeling that in order to die from any one of these three things, you must be in despair.”

Reports in Pennsylvania about suicides or drug overdoses are only now starting to trickle in.

“Confirmed and suspected opioid deaths in York County tripled in March from January’s number,” a report from Local 21 News, the CBS affiliate in Harrisburg, noted. “York County Coroner Pam Gay says she 100 percent believes it is a result of the COVID-19 pandemic.

“In Cumberland County, 24 people have died of overdoses so far this year, with most deaths occurring after March 1,” PennLive.com reported. “[The Cumberland County coroner] said almost all involved fentanyl, an opioid.”

The American Medical Association reported earlier this month that at least 20 states have noted an unusually high number of deaths from opioid overdoses.

Casey Dillon is program director of Advocates for Opioid Recovery, a nonprofit that promotes interventions to end the opioid crisis. Dillon said the different studies — especially the AMA’s — can only reach one conclusion.

“The trends are that there are increased overdose deaths and suicides during this time,” Dillon told Delaware Valley Journal, adding that social isolation is a prime factor. Suicides and overdose deaths “are very interconnected, for sure,” Dillon said.

“We, unfortunately, also expect to see an increase in those kinds of deaths of despair, during the pandemic as well,” she said. “We do expect that there’s going to be a huge mental health and substance abuse impact from this pandemic.”

Even before the lockdown, suicide and opioid addiction were high-priority issues for politicians and public health activists. More than 2 million Americans struggle with opioid use disorder (OUD), and about 130 Americans on average die every day from an opioid overdose. Opioids account for a majority of drug overdose deaths, the leading cause of accidental death in the United States.

As a result of the lockdown, some opioid addicts are now using when alone, without a friend or fellow addict to call 911 if there’s an overdose. Police have been finding people dead in their apartments, according to a report from Harvard University.

Experts predict that on a national scale, suicides could increase by 18,000 and overdose deaths by more than 22,000 if economic shutdowns cause unemployment to rise by 20 percentage points.

Ben Miller, chair of the advisory board for Inseparable, a new nonprofit that focuses on mental health policy, says saving vulnerable people from deaths of despair depends on “how quickly can the economy recover and how quickly we can get people back to work.”

“There truly is a relationship with unemployment as a risk factor for suicide; what we could use as a way to project or predict how many more lives — beyond what we normally would have lost from deaths of despair — could COVID ultimately impact,” Miller said. “It all hinges on how quickly we recover our economy.”

In a a recent op-ed, former Wisconsin Gov. Scott Walker bemoaned the impact of the ongoing lockdown on the Badger State, which has struggled with an opioid addiction and suicide rate higher than the national average.

“I worry that the lockdown measures most states, including Wisconsin, have put in place to fight COVID-19 might have the unintended consequence of counteracting our recent progress against opioid addiction,” Walker wrote.

“My plea to the nation as we confront a once-in-a-century public health threat is that we not allow it to distract us from the 2 million Americans who are still struggling with opioid addiction — many of whom need our care and support now more than ever.”