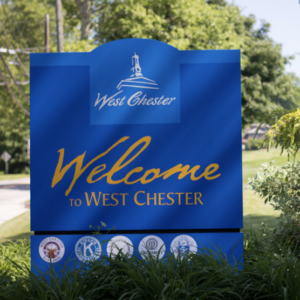 The suburbs hold the swing vote in this election.

That is why we’ve been treated to so much speculation about suburban voters’ attitudes toward President Trump’s ornery tweets and Joe Biden’s age and acuity.

Toward the end of his administration, President Obama promulgated a sweeping new rule called Affirmatively Furthering Fair Housing (AFFH). President Trump suspended enforcement of AFFH and is now in the process of entirely ending the rule. Biden, in contrast, has promised to vigorously enforce AFFH. So, what does the rule do?

AFFH is designed to put an end to single family zoning, while also pressing suburbs to build high-density low-income housing that would be occupied by residents of nearby cities. AFFH will also press suburbs into “transit oriented development,” construction of dense apartments and business districts around transportation hubs, with limited parking.

The goal is to force suburbanites out of their cars and into public transportation. In effect, AFFH will Manhattanize the suburbs. AFFH will also press suburban counties and municipalities to equalize the distribution of “community assets,” like good schools, parks, proximity to transportation hubs and business districts, among various demographic and economic groups.

In addition, AFFH will press suburbs to enter regional governing consortia with cities and other municipalities in their metropolitan region. The effect will be to undercut the political and economic independence of a given suburb.

Suburban governance will become less local, and more regional and federal instead. Regional “tax-base sharing,” in which a portion of suburban revenue is redirected toward cities (such as we see in Minnesota) could become the norm.

Even filling out the questionnaires on local demography required under the new rule could open a suburb to lawsuits against its zoning laws and housing policies.

Ostensibly, AFFH is designed to overcome housing discrimination by race, ethnicity, and national origin. In fact, AFFH is a play to force “economic integration” on the suburbs. Older stereotypes notwithstanding, around a third of America’s suburbanites are minorities.

Less diverse suburban enclaves do exist, but for economic reasons rather than discrimination. The way to change that is to make all Americans more prosperous, not to undertake a massive program in social engineering.

Biden has promised not only to hold not only housing grants hostage to suburban compliance with AFFH, but to add federal Surface Transportation Grants to the coercive mix. Suburbs that refuse to replace single-family zoning with zoning for high-density development will face the loss of state road construction and repair.

That will assure suburban compliance with this transformative new regime.

Although none of this has been much debated by the public, Democratic lawmakers and allied urban policy experts and activists have long cherished the goals of AFFH. A whole battery of additional laws and regulations to achieve them are likely if the Democrats take power.

President Trump, on the other hand, stands steadfastly against Biden’s ambitious plan to transform America’s suburbs.

It is this debate over AFFH — not Trump’s tweets or Biden’s age — that should concentrate the attention of suburban voters as we head to November.