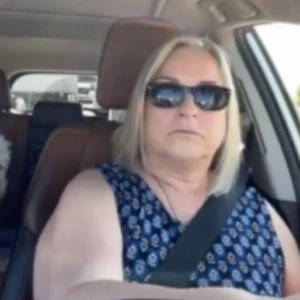 Zooming while driving is not illegal in Pennsylvania, but a video showing U.S. Rep. Susan Wild careering down roadways while taking part in a Zoom meeting might be a reason to change the law.

As first reported by The Washington Free Beacon, Wild (D-Lehigh/Northampton/Monroe)  appeared to pilot her car erratically as she talked on May 11 to members of the Jewish Democratic Council of America, where she was a guest speaker, via Zoom.

Wild’s miniature poodle, Zoey, rode wide-eyed in the backseat as Wild sped down highways during the conference. Upon realizing Wild was driving during the Zoom call, one of the hosts praised her as the “ultimate multitasker.”

Wild told meeting participants she would be talking to them, but would not be looking at the camera while driving. Wild did not run afoul of Pennsylvania’s Texting While Driving Ban, because it does not include making phone or Zoom calls, but that did not prevent critics from pointing out her dangerous behavior.

Distracted Driving cofounder Joel Feldman and StopDistractions.org president and CEO Jennifer Smith both disapproved of Wild’s behavior, according to the Free Beacon.

In addition to Wild’s Zooming while driving constituting a safety hazard for herself, her pet, and others on the road, Wild was also rude to her audience, according to Florida-based etiquette expert Jacqueline Whitmore.

“It appears that Rep. Wild was the guest speaker and was clearly not prepared to ‘put her best face forward,’” Whitmore said. “At times she pulled over in an attempt to participate fully in the conference call while at other times she kept driving.”

Wild’s dog in the background could have been another distraction and Whitmore suggested the conference call could have been scheduled for a time in which Wild could give it her full attention.

Wild is not the first elected official to be caught driving while Zooming into a meeting.

Last May, Ohio state Sen. Andrew Brenner used a background filter during a state board meeting while cruising down the street. However, the filter did not hide the seat belt strapped across his chest.

Neither Wild’s office nor the Jewish Democratic Council of America would comment on the incident.

“You must be wary of those seeking to use their influence and their expertise to wrongful ends,” Wild said about Turley in her address. “GW Law, for example, has a tenured professor who is, without question, well-versed in constitutional law but has recently made a name for himself on cable news and social media by undermining his own past well-documented scholarship.”

Turley was not present during the speech but he disapproved of the manner in which she aired her disagreement with him.

“The fact that Susan Wild would make the unprecedented decision to use a graduation as a bully pulpit to attack someone politically proves she’s unhinged and unfit for public office,” Bullock said.

In footage by Townhall Media from a May 24 town hall in Easton, Wild also discussed abortion restrictions. Controversially, she said aborting a fetus with mental impairments should be a parent’s choice.

“If you had this situation in the third month of pregnancy, and you found out your child was going to have Down syndrome, different sets of parents are going to respond differently,” Wild said. “Honestly, I believe that is their choice.”

According to Bullock, from engaging in a Zoom meeting while on the road to turning a graduation speech into a chance to deliver political barbs, Wild’s behavior points to selfishness.

“Susan Wild is in the midst of a midterm meltdown, making one bizarre decision after the next because she thought she could destroy her constituents’ lives in the name of partisan politics and never be held accountable. She was wrong,” said Bullock.

Wild, a freshman legislator, faces hurdles with her reelection due to redistricting. She again faces Republican businesswoman Lisa Scheller, who she bested by four points in 2020.