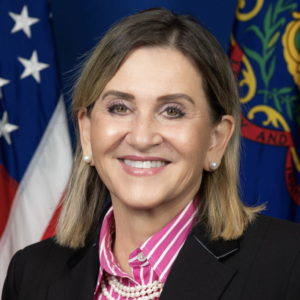 Voters across Pennsylvania went to the polls earlier this month with important decisions to make regarding representation in federal and state government. That included half of Pennsylvania’s state Senate that was up for election. With newly drawn redistricting lines and a volatile political environment, the balance of power in the commonwealth’s upper chamber was especially critical this year.

The votes have been counted and Republicans retained their strong state Senate majority as a check to failed Democrat policies.

Democrat Senate candidates had to run on a record of increasing electricity rates, skyrocketing inflation, failing schools, and rising crime.

Meanwhile, Republican senators and candidates ran on a record of delivering results for the people of Pennsylvania. Between addressing inflation, passing school curriculum transparency, and leading on reforms to combat rising crime, Republicans had a long list of accomplishments to highlight.

A key to retaining the majority was three open seats in competitive swing districts. Those three eastern Pennsylvania districts were decided by less than one point in the 2020 presidential election. The Republican candidates in those races focused on their proven records and how their priorities lined up with the top priorities of Pennsylvanians: Inflation, crime, education, and energy.

The difference between Senate Democrat candidate’s messaging in those districts and our own messaging was clear. The Democrat candidates would rarely discuss inflation or pretend it didn’t exist altogether. Instead, they stood squarely with the failed policies that have only exacerbated rising prices.

Senate Republicans, on the other hand, ran against those same policies. The best example was Republican efforts to stop Gov. Tom Wolf’s implementation of the Regional Greenhouse Gas Initiative (RGGI), a crushing new tax that will lead to higher energy prices for Pennsylvanians. Voters in those competitive districts and across Pennsylvania did not want to see their utility bills increase while gas prices and grocery bills are already through the roof. They voted for our Republican candidates because the Senate GOP focused on inflation and higher costs during this session and our candidates would continue this work.

On education, Democrats failed voters by routinely voting against parental empowerment. Senate Democrats voted against curriculum transparency and allowing parents to opt their children out of seeing sexually explicit materials in our schools. Senate Republicans were leading on these issues, passing commonsense legislation that would give parents a greater say in their child’s education. Our Republican candidates ran campaigns that listened to parents and focused on supporting parental rights.

Finally, Republicans in the state Senate ran on effective solutions to support our police and help end the sky-high crime our commonwealth is facing. Protecting our law enforcement and ensuring harsher penalties against criminals who hurt or kill police officers and K-9s is common sense. These should not be partisan issues. But Senate Democrats and their candidates have turned their backs on police officers.

Voters took notice of the extreme Democrat positions. Not only did Republicans win all three of the competitive swing districts, but Democrats also failed to make any gains in the 28 Republican-held seats.

The Republican Party has held a majority in the Senate since the 1994 election. Each year Democrats have had an opportunity to put forward candidates and ideas that would entice voters to possibly flip the balance of power. Once again, they have failed because they have prioritized extreme positions and supported failed policies pushed by the Biden administration.

Conversely, Republicans put forward qualified candidates and provided a message that our senators will continue to focus on affordability, crime, education, and keeping the Biden administration’s terrible policies at bay. Republicans will maintain the Senate majority for another session for 2023-24 because for 28 years only one caucus in the Senate has focused on helping Pennsylvanians.