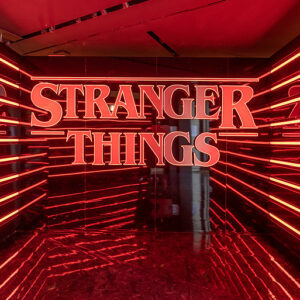 In April, Republican control of the U.S. Senate looked like a lock. In August, all GOP hope appeared lost.

In the past few weeks, however, polls — and the news cycle — have been trending the Republicans’ way. Seven Senate seats are in play according to the RealClearPolitics polling averages: Arizona, Georgia, New Hampshire, Nevada, North Carolina, Pennsylvania, and Wisconsin.

Other prognosticators predict fewer states will come down to the wire, as Republicans defend 21 Senate seats and Democrats defend 14 in November. But Republican Party strategist Ford O’Connell says pundits and the press are making the same mistake they have made every two years for a decade now.

“The media’s reliance on GOP suppression polls is nothing new and 2022 is no different,” O’Connell told Inside Sources. “Generally speaking, Republican candidates are underperforming in the polls. That said, if Republicans at the top of the ticket continue to hammer home in unison the rising cost of living, crime, and the need to secure the border, the party will be victorious in November.”

A 2021 investigation by the American Association for Public Opinion Research found polls at both the national and statewide level in 2020 missed races by the biggest margins in decades, and always in the Democrats’ favor. If polling is off by the same margin as two years ago, Republicans are competitive, or better, in all seven of these races.

Events are working in the GOP’s favor, too, said Tim Jones, a former Republican speaker of Missouri’s House of Representatives, now a talk radio host who monitors the national scene. The economy is not likely to improve before the election and the Democrats seem overly reliant on the abortion issue after the Dobbs decision in the U.S. Supreme Court.

“Democrats have stopped talking about COVID. They are not talking about January 6 anymore. They are only talking about abortion,” Jones told Inside Politics shortly after his plane arrived at Ronald Reagan Washington National Airport on Tuesday. “Republicans could be undercounted or maybe just don’t want to be counted.”

Jones suspects the Dobbs decision might have come too early for Democrats.

And then there is the ‘Stranger Things’ factor, said J. Miles Coleman of the Center for Politics at the University of Virginia. Every election cycle has at least one “Who’da thunk it?” outcome. For 2020, it was Sen. Susan Collins, R-Maine, surviving; in 2018, it was Sen. Bill Nelson, D-Fla., being booted from office in a national Democrat year, Coleman said.

One potential Senate race surprise could be in Colorado, where Democrat Sen. Michael Bennett is fending off GOP challenger Joe O’Dea.

The UVA Center for Politics’ Crystal Ball ranks Georgia and Nevada as the outright tossups in November. It scores North Carolina, Wisconsin, and Ohio as leaning Republican while Arizona, New Hampshire, and Pennsylvania are leaning Democrat.

“Leaning” counts as less than “likely,” on the rating scale.

Of the major prognosticators, FiveThirtyEight takes the dimmest view of GOP chances, giving Democrats a two-thirds chance of maintaining control of the Senate based on its statistical modeling.

Among the most closely watched races in Pennsylvania, for the seat of retiring Republican Sen. Pat Toomey, which presents a pickup opportunity for Democrats.

“If the Republicans win in Pennsylvania, it is all but guaranteed that they will win control of the Senate,” O’Connell said. “There are a number of permutations and combinations that could give Republicans the gavel in the upper chamber without Pennsylvania, but a win in the Keystone State affords them the best opportunity for control.”

Dr. Mehmet Oz, the Republican nominee there, has closed the gap with Democrat Lt. Gov. John Fetterman. But Coleman believes the race is still Fetterman’s to lose.

Of the seven races, New Hampshire is widely viewed as the least likely to flip to the Republicans. Even GOP Gov. Chris Sununu’s expected double-digit victory would not be enough to lift Republican challenger Don Bolduc over incumbent Democrat Sen. Maggie Hassan, Coleman said.

“Sununu will likely win, but New Hampshire voters like to split their tickets,” Coleman said. “The Senate Leadership Fund is still spending money there. So, Republicans are not giving up.”

Jones is not so sure. As a former state legislative leader, he sees the popularity of Republican governors as a significant force in these elections. For example, a strong victory by Georgia Republican Gov. Brian Kemp over Democrat challenger Stacey Abrams could be enough to lift embattled Senate nominee Herschel Walker to victory over Democrat Sen. Raphael Warnock.

“Gov. Kemp has been up by as much as 8 points. I can’t imagine a world where voters are voting for Kemp and Warnock,” Jones said.

As inflation continues to hit voters in their pocketbooks and President Joe Biden struggles in the polls, some Republicans see the potential of a red wave that could even reach the very blue states of Vermont and Washington, where GOP candidates are in striking distance in polls. But O’Connell is doubtful.

“Stranger things have happened, but for the GOP to pick up Senate seats in Vermont and Washington, the floodgates would really have to open up,” O’Connell said. “I’m not saying those races don’t merit our attention, but the most important races with less than 30 days to go are—Georgia, Nevada, Pennsylvania, and Arizona.

“In recent weeks the Democrats have backtracked on the map and poured more resources into both Senate and House races that they weren’t as focused on over the summer. That’s a good sign for Republicans.”