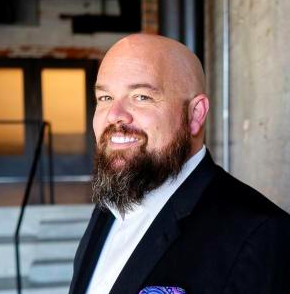 The former governor of Pennsylvania, former mayor of Philadelphia, and former chair of the Democratic Party wrote a book a few years ago called “A Nation of Wusses: How America’s Leaders Lost the Guts to Make Us Great.”

You may or may not care for Ed Rendell, but his book title has never been more prescient.

Born of the political ashes of both men came the guy who pulled off a stunning win in Pennsylvania in 2016 and became the next president.  His slogan?  “Make America Great Again.”

Today Pennsylvania and Philadelphia are still led by gutless wusses.  But the wusses of 2012 are nothing compared to the wusses of today.  The stakes are higher, the consequences more grave, and their motivations are nothing more than cynical, naked politics at their worst.

Not long ago, the current mayor of Philadelphia dismissed any suggestion COVID-19 was something over which we should close the city or its businesses.  He was on the front page of the Daily News eating dim sum in Chinatown to show he’s not racist like the guy (President Trump) banning travel with China.

Mayor Kenney even got crossways with Governor Wolf when the discussion of closing businesses and crowds for dining and shopping first came up this spring.  Kenney rightly knew any such action would cripple his already broke city.  But the political all-call went out.

“Close your city and like it,” demanded his political party. So he did.

Pennsylvania’s governor went much further, closing businesses with reckless abandon and no explanation or justification for doing so other than, “It’s what my Secretary of Health told me to do.”

Wolf went so far as to stop car dealers from selling cars online, something no other state – not even neighboring tyrant Governor Murphy — was willing to try.

When Philadelphia erupted in looting and violence in June under the auspices of “lives mattering,” Kenney and Wolf didn’t admonish the violence. They didn’t embolden law enforcement to crack down on the miscreants.  No, they marched with the protesters in total fear.

As for that COVID-19 lockdown we were all under at the time?  The virus apparently took some time off for justice, or something.

Now the marches are over.  The fires are out.  The looting and destruction have ebbed.  So our gutless wonders have returned to their cries of concern over the spread of COVID-19 once again.  More action is needed to remove the burden from our hospitals…er, slow the spread….er, eradicate the virus…we don’t really know the reasoning anymore.  Just do what you’re told, ok?

Businesses have been destroyed.  Restaurants shuttered for good.  Mortgages have gone unpaid, kids have gone without school, and unemployment checks are about to run out.

This week, the dysfunctional duo of Kenney and Wolf decided to turn the screws ever more aggressively on their residents while having the gall to blame Florida as their rationale for doing so.

A spike in cases, Wolf claims, is because states like Florida dared to reopen and limit the restrictions they placed on their residents.  Did he or Kenney mention the tens of thousands roiling in Philadelphia and Pennsylvania city streets last month?    Did they mention we’re doing far more testing than before?  Did they mention the CDC has already said we can assume positive cases are higher by a factor of ten than we first knew?

Nope.  It’s Florida’s fault for treating its citizens like adults. It’s your fault for not wearing masks when you were told and social distancing the way you were instructed.  Because you didn’t listen, the two dopey dads of Philadelphia and Pennsylvania must exact more punishment to make sure you get it this time.

Restaurants must scale back their patrons.  Bars that don’t serve food must close.  No gatherings of more than twenty-five people are allowed inside and no more than 250 outside.  Masks will be worn in all public businesses, or you won’t be allowed to purchase goods or services.

And for good measure, Mayor Kenney has officially ordered every cherished public event in Philadelphia — indoors and outside — cancelled through February of next year.  No parades, no sports, no concerts, no tree and neighborhood lightings, no ice skating, no regattas.

In other words, they’ve cancelled Philly.

This is baseless, unscientific, unjustifiable fear-mongering from weak, mediocre men trying to pass themselves off as thoughtful.  Arbitrary and capricious cancellations and closures for an entire calendar year isn’t leadership.  It’s gutless, purposeful destruction of what makes our commonwealth and city great.

Wusses are alive and well where you once led, Governor Rendell.  Maybe it’s time to reissue that book with some added chapters?