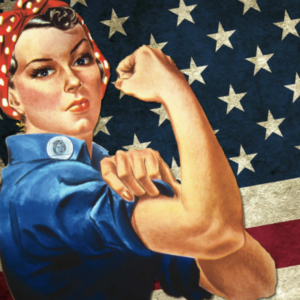 STEPMAN: On This Equality Day, Consider What Equality Between Men and Women Actually Means

The 19th Amendment is about to celebrate its 101st birthday, but a push from some activist groups to ratify the Equal Rights Amendment to commemorate it may have disastrous results for women in 2021.

Men and women in the United States already enjoy full legal equality under the law. Arguments that the protections in the Constitution and Bill of Rights for speech, religious liberty, right to due process, and more don’t apply to women as well as to men would be laughed out of both the court of law and of public opinion. But what our current system does not do is impose legal blindness to the reality of biological sex that treats men and women as interchangeable in all situations.

Perhaps without thinking about it, women rely on hundreds, if not thousands, of instances recognizing biological sex as they go about their daily lives. They count on the fact that they will be searched by a member of their sex if their luggage sets off the TSA scanners, that there will be separate places for girls and boys to change for P.E. class in public schools and different sports teams for them to compete on, or that if they’re convicted of a crime, they’ll be incarcerated only with other female prisoners.

These assumptions are all currently being challenged by our national debate about transwomen competing in female sports and using single-sex spaces, but the ERA could potentially make all arguments a moot point: no person, however he or she identifies, could be refused admission to the boxing ring, locker room, or domestic violence shelter on the basis of sex.

Making the law sex-blind will leave women and girls with fewer opportunities, less privacy, and even place them in danger of physical harm.

Additionally, contrary to proponents’ assertions that the ERA already has been approved by the required number of states, the legality of the amendment’s ratification is far from clear. In order to make that claim, activists are counting 35 ratifications – including those of four states that voted to rescind their authorization and one with a sunset clause – from the political push for the ERA in the 1970s, one which failed to meet not just one, but two Congressional deadlines.

Adding an amendment to the highest law of the land is supposed to happen only with overwhelming popular support, which is why the Founders drafted such a high barrier – two-thirds of both houses of Congress and three-fourths of the states – for ratification. But ERA proponents propose that we sanction the ERA’s addition to the Constitution and the upending of countless municipal, state, and federal laws with just three contemporaneous state ratifications.

The majority of today’s voting public has not had the opportunity to weigh in on whether or not the ERA should be ratified, because they were either too young, or not even born, the last time Americans actually had a national conversation about its consequences. Activist groups are hoping to short-circuit that debate, and rush straight to the finish line without a full opportunity for We the People to delve into what ratification might actually mean for women.

President Biden promised on the campaign trail to support the ERA, but he now has an opportunity to allow the full ratification course to proceed as it should, and allow every eligible voter – the majority of whom today are women – to have a say in this important determination. Even the late Justice Ruth Bader Ginsburg, a foundational proponent of the ERA’s substance, said that in order to comport with the Constitutional Article V process, the amendment would have to be placed “back in the political hopper,” starting over in the attempt to win hearts and minds.

On this Equality Day, we must consider what equality between men and women actually means. Does it mean equal rights or the obliteration of any legal recognition of the biological fact of sex differences? Does it mean that in order for men and women to be equal, they must be treated exactly the same in every instance, regardless of the predictable costs for women?

If despite its procedural infirmities, the ERA is inscribed as a virtue-signaling gesture of celebration, and the concept of womanhood eliminated from federal law, the consequences will fall most heavily on the women and girls it alleges to empower.

Inez Stepman is a senior policy analyst at Independent Women’s Forum. She wrote this for InsideSources.com.