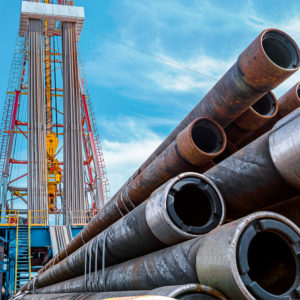 Following last week’s presidential debate, when President Trump and former Vice President Joe Biden had a heated exchange on fracking, pundits and pollsters have scrambled to predict what effect this issue will have on the election.

This is especially the case in battleground Pennsylvania, where energy production is vital to many local economies, and, more important, the voters that depend on the industry.

Pennsylvania is the second-largest producer of natural gas in the United States, and sits in third place as a net supplier of energy to other states. Hydraulic fracturing — or fracking — is a process that allows energy producers to reach previously-inaccessible deposits of natural gas and oil deep in the ground.

Over the past decade, fracking has transitioned America from being a natural gas importer to a natural gas exporter. Increased production has lowered the price of natural gas for American consumers. And, much to the chagrin of radical environmentalists, Pennsylvania’s natural gas industry has reduced the state’s total carbon emissions by a dramatic 30 percent.

The fracking boom has brought thousands of good-paying jobs to Pennsylvania — especially in its southwest and northern tier. Communities in these regions support the industry that helped usher them out of the Great Recession. They are motivated, moreover, to protect the incredible growth their economies have experienced. This is particularly evident as the industry has begun to contract as gas prices have dropped.

It comes as no surprise, then, that Biden’s declared plan to “transition from the oil industry” caught the attention of many working-class Pennsylvanians watching the presidential debate. Though his campaign attempted to revise his statement — clarifying that he was referring specifically to subsidies for fossil fuels — Pennsylvania’s voters have reason to be concerned.

But during this month’s vice presidential debate with Mike Pence, she declared that “Joe Biden will not ban fracking.” It’s generally assumed, though, that her past fracking positions would shape public policy under a Biden administration.

In addition, Sen. Bernie Sanders remains in Joe Biden’s circle. There’s even talk that Sanders is  jockeying for a Cabinet position if Biden is elected. And yet, earlier this year, Sanders introduced legislation to outlaw fracking by 2025. Whatever happened to the saying, “you are the company you keep?”

Since his so-called gaffe during the presidential debate, Biden has insisted that he doesn’t support a ban on fracking outright. But even if he stood by his (after)word and allowed fracking, as a Forbes contributor astutely pointed out, little has been said on what a Biden-Harris administration would do.

Increasing regulations on oil and natural gas production, halting leases, or advocating for increased taxes on fossil fuels would devastate many energy-dependent communities — including those in Pennsylvania.

And yet, those blue-collar residents are the very individuals behind Pennsylvania’s changing political landscape. In southwestern counties alone, Republicans have made substantial gains in areas historically held by Democrats. This fall, many of this region’s residents — including scores who didn’t vote in 2016 — are increasingly aware of Democrats pandering toward green extremists who want to eliminate their jobs.

But while the media and Democrats attempt to cut hairs over just how much Biden wants to hurt the energy industry, Trump has made it clear that he supports fracking and the hardworking Pennsylvanians who put food on the table by working in the energy industry.

That difference, alone, could play a pivotal role in next week’s election. 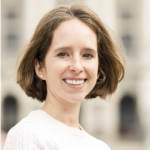 Elizabeth Stelle is the director of policy analysis at the Commonwealth Foundation.