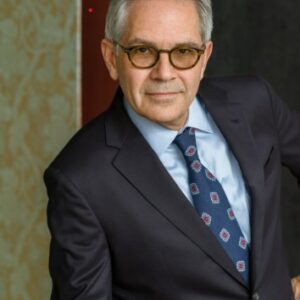 In a unanimous vote, the GOP-controlled state Senate postponed the impeachment trial of controversial Philadelphia District Attorney Larry Krasner, charged with the House of Representatives with misbehavior in office and obstructing a legislative investigation.

No new date for the trial was announced.

Talk radio host Dom Giordano, a Philadelphia resident, has led the fight to have to have Krasner impeached.

“I would be OK if the Senate announced they were going to appeal but this decision is political cowardice,” Giordano said.

Last month, Krasner’s lawyers filed an answer to the state Senate’s summons for him to appear at the impeachment trial, then scheduled for January 18.

In the 22-page document, the lawyers said the articles of impeachment the state House filed are unconstitutional and that Krasner has not engaged in misbehavior while in office as the House alleged. Commonwealth Court Judge Ellen Ceisler agreed that none of the articles filed against Krasner amounted to “misbehavior in office,” but she rejected Krasner’s assertion that the Legislature doesn’t have the power to remove local officials from office.

State Rep. Craig Williams (R-Chester/Delaware) was among the representatives chosen to present the impeachment case against Philadelphia District Attorney Larry Krasner to the state Senate.

Williams  believes he was chosen because of his background as a prosecutor.

Both Williams and Rep. Martina White (R-Philadelphia) declined to comment Wednesday. White pushed to impeach Krasner, bringing crime victims to the capitol to share their heartbreaking stories and later to testify during hearings held by the House in Philadelphia.

A spokeswoman for the state Senate said the move to delay the impeachment trial is related to the Commonwealth Court’s decision. This will give the legislature’s lawyers time to study the case and possibly file an appeal.

Removing Krasner from office will require the support of two-thirds of the state Senate.