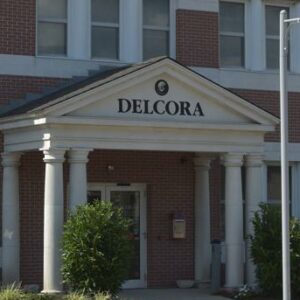 Sources: Delco May Settle With Aqua on DELCORA Sale Litigation

The litigation involves an agreement with Aqua PA to buy DELCORA which had been approved by a previous county council but has been publicly rejected by the current Democrat-controlled county council. The new council went to court in May 2020 to block the sale by terminating DELCORA’s existence.

However, DVJournal learned Delaware County officials are talking with Aqua about settling the litigation.

Asked about whether the county was in settlement discussions with Aqua, County Councilwoman Christine Reuther was noncommittal.

“It’s possible we’ve had some conversations and these may continue,” said Reuther. “I will always take Chris Franklin’s call.” Franklin is the CEO of Essential Utilities, Aqua’s parent company.

Common Pleas Judge Barry C. Dozor held Delaware County does have the right to undo DELCORA but must go forward with a $276.5 million sale to Aqua PA or be in breach of contract. The Commonwealth Court ruled the Public Utilities Commission has authority over the matter, something that Dozor also stated in his decision. It also quashed a Delaware County’s petition asking for review.

William F. Martin, county solicitor, said, “The county has not yet decided whether to appeal the Common Pleas decision. In any event, no transfer of DELCORA’s assets can occur until the PUC has approved the transaction. And that approval is no closer to being received than it was in 2020.

Dozor also ruled if it takes over DELCORA, the county would be bound by the terms of the asset purchase agreement and that settlement on the agreement must happen before the county dissolves DELCORA.

In a separate case that is still pending, the Chester City receiver also filed suit to be sure that the city garners its share from the sale or regains control of its infrastructure.

An Aqua spokeswoman said it has not publicly commented on the court’s decision.

Frank Catania, the lawyer for the Chester Water Authority, which is also an Aqua target, praised the Bucks County Board of Commissioners which recently rejected Aqua’s planned $1.1 billion purchase of the Bucks County Water and Sewer Authority. Catania also praised Chester County officials for their support of CWA and its ratepayers.

“The Bucks County commissioners made their decision in two months and made it publicly,” said Catania. “Delaware County is doing something different, having private conversations. I don’t understand what they’re trying to do here. Their stated strategy is to try and stop the purchase from going through. If there is something else going on they should state it publicly.”

Recently, outside counsel representing Delaware County filed a motion with the Supreme Court to stop Chester Water Authority’s “attempt to protect its natural resources,” said Catania. “They raised an issue that’s not even before the court.” Delaware County took this action without public discussion or notice in the minutes that Council had discussed it in executive session, he said.

As part of its bid, Aqua has offered to place the proceeds from the sale into a trust used to offset rate increases for DELCORA customers. However, residents of other Delaware Valley areas where the sewer or water utilities have been sold have seen rate increases. Residents in Cheltenham Township experienced sticker shock this year after Aqua received PUC approval to raise their sewer rates, with an average residential bill up 69 percent. Township officials sold the sewer system to Aqua in 2019.