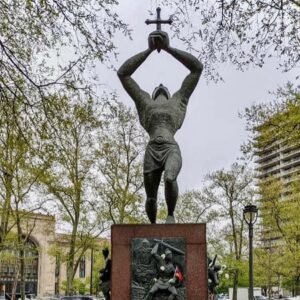 When President Joe Biden used the word “genocide” on Saturday to describe the 1915 killings of over one million Armenians as genocide, some in the U.S. might have wondered what the big deal was about the use of a single word. It was an event from over a century ago after all, and many wondered what it has to do with them as Americans. They can hardly be blamed for not finding a long-ago tragedy as relevant to the American experience. Turkey’s state-sponsored and aggressive denial campaign has attempted to keep it obscure and forgotten.

However, beyond the need as a leading world power to condemn genocides whenever and wherever they may occur, especially by a Biden administration that has declared human rights as a cornerstone of American foreign policy, it is important to recall that the legacy of the Armenian Genocide is intricately linked to the American experience, including in our region.

The Delaware Valley was a place of refuge for Armenians since at least the Civil War. The birth of the first known Armenian in Pennsylvania goes back to 1871, when carpet merchant Hagop Capamagian’s daughter Adella was born in Chester. During the Hamidian Massacres — a wave of mass atrocities of Ottoman Armenians between 1894-1896 which foreshadowed the genocide to come – -Armenian Americans organized relief efforts and helped survivors settle here.

That scene was repeated 20 years later during the genocide. Numerous local residents joined Armenians in raising money for those suffering, while some doctors and humanitarians even traveled to Armenia after the war to help save lives. Reverend Haig Yardumian of Philadelphia’s Armenian Martyrs Congregational Church, a 114-year old church now located in Havertown, organized the “American Committee for Armenian Independence” in 1915. It raised over $300,000. Rev. Yardumian also secured a White House meeting with President Woodrow Wilson to advocate for Armenians. Wilson, in turn, envisioned an independent homeland for Armenians as one of his famous “Fourteen Points,” although an isolationist Congress infamously prevented his Arbitral Award for Armenians from happening.

In the decades to come, a modern Turkey grew into a strategic U.S. ally and sought to deny the killings. Turkey demanded silence on the killings, which had once been widely known throughout the U.S., adding to the already traumatic and unresolved pain of the survivors and their descendants, the very thing which brought them to these shores invalidated by their own country. What followed was years of scholarship, advocacy, and an extremely hard-fought struggle for proper recognition of a historic truth over geopolitical convenience which finally came to fruition this weekend.

As America helped survivors rebuild their lives here – they, in turn, repaid their debt of gratitude to their adopted communities by enriching them in numerous ways. For example, we can look to Rev. Yardumian’s son Richard, who became composer-in-residence of the Philadelphia Orchestra, and Harry Kuljian, who arrived here with little money speaking almost no English only to become a world-famous engineer who designed the airfield of the Philadelphia International Airport and built the Broad Street Subway extension. Many of these survivors persevered through unthinkable horrors, losing their entire family. But they had the strength to start anew, becoming American veterans, business owners, and productive community members. The legacy of this once-denied and mostly forgotten genocide has made the Delaware Valley a more vibrant and special place for all of us.

Failing to recognize the Armenian Genocide was a failure to recognize our own history as Americans, one which shaped our region and country for the better. The U.S. is a mosaic of people, culture, religions, which at its best stands for the guiding principles of democracy and human rights. Biden has made it clear he wants to restore those values, and affirming the Armenian Genocide as a genocide was an important step in that process. Biden has been a staunch supporter of Armenian Genocide recognition, with a 30-year documented record as senator from Delaware. By officially affirming the Armenian Genocide, Biden honored the memory of the victims, as well as these survivors who gave their heart and soul to the nation that saved them. 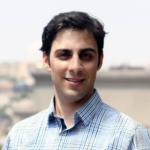 Paul Vartan Sookiasian is a writer and editor based in the Delaware Valley and Yerevan, Armenia, where he has worked in English-language journalism and international development.