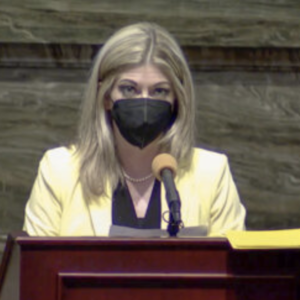 “Before COVID-19, families had routines and daily visitations set up to not only visit their loved ones but to also provide care on a daily basis. These routines were brought to a halt because of the COVID-19 pandemic,” Mensch said when he introduced the bill. “The goal of this legislation is to take down the barrier that exists between the loved ones and their families.”

And for months, Democrats — including some of his fellow members of the Delaware Valley delegation — voted against it. Until now.

This week, Mensch’s legislation passed the Senate by a vote of 34-13. The bill, SB 190 is almost identical to his original legislation last August. And yet four Democrats – who will likely face tough re-election challenges next year – switched their votes from “no” to “yes.”

What happened? The bill has not changed significantly from 2020, according to Mensch.

“We expanded the bill to not just cover COVID, but for future emergency declarations,” the senator told Delaware Valley Journal. The bill does not require LTFC’s to permit a designated person to visit but gives them the option. It’s an option Mensch thinks many LTFC’s will use to improve their residents’ mental health.

As far as Democrats’ vote changes, Mensch said he believes the change of vote shows the legislative process working.

“A year ago, I believe that some of Democrats were voting as a phalanx, Governor Wolf had them all in line,” Mensch said. “This year, I think they’re thinking for themselves.”

Muth and Santarsiero did not respond to requests for comment on why they changed their vote. Kearney’s spokesperson, Taj Magruder, said “Senator Kearney voted in favor of the bill because the issue is largely moot now because Governor Wolf and CMS (Centers for Medicare & Medicaid Services) have already relaxed restrictions on long-term care facilities.”

While the restrictions may have been relaxed, Mensch said the state Department of Health and Department of Aging still isn’t supporting his bill. Of the many issues sure to arise in the 2022 election, political insiders believe Gov. Tom Wolf’s handling of the pandemic will comprise part of the Republican messaging. Nursing homes and LTCF’s will be a particular point of emphasis, because of the high number of deaths Pennsylvania saw in those facilities.

The high mortality rate has, in part, been blamed on the Wolf administration’s early policy of forcing COVID positive patients into LTFC’s, something Republicans will seek to tie to Democratic mismanagement.

There were several Democrats who voted in favor of the bill in both 2020 and 2021, including Sens. Lisa Boscola (Lehigh and Northampton), Jim Brewster (Allegheny and Westmoreland), and Judy Schwank (Berks). Brewster won his re-election bid in a close contest in 2020 although Schwank had a large margin of victory. Boscola will stand for election in 2022.

Political strategists in Harrisburg say these “no” votes are likely to be part of the 2022 political campaign season in the Delaware Valley.