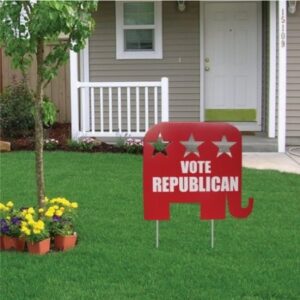 I have been testing the waters in recent months for a possible candidacy in next year’s Pennsylvania GOP primary for the United States Senate. Thanks to the encouragement of many traditional conservatives, who want a post-Trump direction for the Republican Party, and the continued unanimity of MAGA loyalty and QAnon adjacency among the current candidates in the field, I am moving toward shortly announcing a campaign for the nomination to succeed Sen. Pat Toomey.

Most fundamentally, I want to run to see to it that neither Trumpism nor socialism own our public debates, neither white nationalism nor reverse racism define our culture, but that, instead, a common-sense conservatism, which I believe is the path to our best possible future, and the authentic majority viewpoint, has its voice heard, its values respected, and its victory won.

So far at least, the Democratic primary field is shaping up to be the mirror image of the current Republican contestants— a mad dash among them to the far left in oddly parallel resonance with the dash to the far right among GOPers.

Less than a year from now, I look forward to debating the Democratic nominee on many fronts, of philosophy and policy, on all those now strangely old fashioned, but actually quite vital, differing points of view about the role of government in running healthcare, the right ways to respond to climate change, the best approaches to protect Black lives and promote Black achievement, the optimal levels and kinds of immigration to help improve the lives of average Pennsylvanians and other Americans, and so many other important issues.

For now, however, I plan to launch an insurgent campaign against the current Republican establishment. I first have to stand with anyone, of any political perspective, who agrees that we can’t go back to debating these issues as the center of our national conversation unless we first shore up the fundamentals of our democracy.

Thus, every Pennsylvania Republican candidate for the Senate must be asked, by the press and the people, now and until we get a straight answer:

Any answer to these questions other than “yes” and “yes” must be disqualifying. No equivocation or evasion must be allowed.

And, no — standing athwart efforts for a further audit of Pennsylvania’s 2020 election results does not in any way whatsoever mean, as MAGA candidates argue, that the majority who oppose such nonsense have something to hide. It means something much more, like supporting a further investigation of whether the earth is flat, because some folks really think it is, would be a grave and damaging exercise.

Any candidate on the wrong side of these questions has already, preemptively, violated the oath they are running to be able to take — to defend the Constitution of the United States from all enemies, foreign and domestic.

Republicans who want to keep this crucial Senate seat from falling to the illiberalism of the woke and all Democrats and independents who believe in civil discourse between two healthy parties and worldviews should all want Pennsylvania to find out as soon as possible who passes, and who fails this threshold test.

Craig Snyder, a business consultant, was chief of staff for former U.S. Senator Arlen Specter. He is exploring a run for the U.S. Senate.