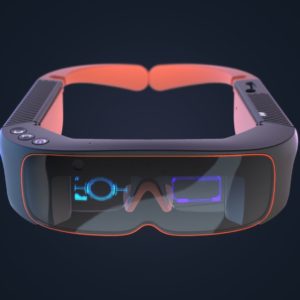 A firefighter and a medic on their way to a raging blaze don pairs of  “smart” glasses that give them a slew of information about the building on fire: a 360-degree view of the structure; where its sprinklers, alarms systems and exits are located; the shutoffs for electric and gas; and even medical information about a resident in distress.

This may soon be a reality as the military-grade, X2 MR Glasses are being tested in pilot programs at two Delaware Valley fire departments.

“Once this is up and running this is going to be incredibly useful,” said Matthew C. Welch, captain and clinical coordinator of the Upper Merion Township Fire Department and EMS.

“It’s going to be a game-changing technology for us and the ability to help set it up for the first time — and be part of that — is something I’m very, very excited about,” Welch told Delaware Valley Journal.

If Nick Cherukuri has his way, first responders throughout the country will soon be using X2 MR Glasses to reduce their danger in battling COVID-19. Cherukuri is the president and founder of ThirdEye Gen, which manufactures the lightweight glasses.

“They are essentially a phone on your face,” Cherukuri said. “It also has a camera and Wi-Fi that reaches a mic that has speakers, so you can add audio communications and we can have software built in for telehealth.”

Once in full operation, firefighters and EMS will also be able to use the glasses — equipped with an attachable FLIR (forward-looking infrared) thermal sensor — to check patients for fevers without touching them and send real-time audio and video back to medics and hospitals through the built-in Wi-Fi.

Under the trial program organized by former U.S. Rep. Curt Weldon, the Marcus Hook Trainer and Upper Merion fire departments are the first in the country to have access to the glasses, each receiving four pairs. The eight pairs of the $1800 glasses are being paid for by Energy Transfer and Sunoco LP.

“We are always honored to support our first responders, and especially in recent months,” said company vice president and spokesman Joe McGinn. “More than ever, it is important to protect the people treating those who are ill. These glasses will allow medics to not only avoid unnecessary physical contact, but also to communicate in real-time with medical professionals at nearby hospitals. We are proud to be among the first to help implement this innovative technology, right here in the Delaware Valley, to the benefit of both first responders and citizens.”

Weldon, a Republican, was in the House of Representatives from 1987 to 2007, serving parts of Delaware County, including his hometown of Marcus Hook — where he also led the fire department.

In Congress, Weldon was the founder and chair of the bipartisan Congressional Fire Services Caucus, which supports fire service legislation that benefits all first responders. He was the author of a bill that implemented a federal grant program for local fire departments that evolved into the Assistance to Firefighters Grant Program.

“What I did in Congress was look for military technologies that had civilian applications … that could be used to save first responders,” Weldon told Delaware Valley Journal. “So many of the technologies that were funded for DOD [Department of Defense] really had tremendous civilian potential yet DOD was doing nothing to push that because they didn’t consider that its mission.

“I saw technologies that frustrated me that were developed by the military that should have been shared for first responder usage.”

William Jenaway, who is a chairperson of the Upper Merion board of supervisors — and a former fire chief himself — was also interested when he heard about ThirdEye Gen.

When asked whether he would recommend that the community’s fire department use the glasses as part of its regular equipment, he answered: “absolutely.”

“The testing has gone very well. The testing is designed to evaluate the existing product as well as to determine what additional applications might be needed to improve the performance of the glasses,” Jenaway told Delaware Valley Journal. “We are looking at the ability to establish what are known as 12-lead EKGS, which is a heart-monitoring device, and how we can essentially hook that up through the glasses so that the physician would be able to see the heart function of the patient.

“Another example is an advanced stethoscope to be able to evaluate the patient’s respirations and at the same time to be able to do pulse and other body functions, so they would be able to determine what is actually happening with that patient,” Jenaway said.

“So, all of that then can be communicated back to a physician if need be or in the least it will be able to do is to record that data in real time so that when the medic goes back to do the patient care report they were able to log the information in without having to write it all down.”

Cherukuri says ThirdEye Gen has been listening to feedback from the two Delaware Valley fire stations for weeks.

“They want to integrate their ImageTrend EMS software system into the glasses — that’s the main database that a lot of EMS groups nationwide use — so that’s what our teams began working on and now nearly we’re near done [integrating] that.”

Weldon said he wants local government and corporate sponsors to provide the glasses for every fire and rescue unit nationwide.