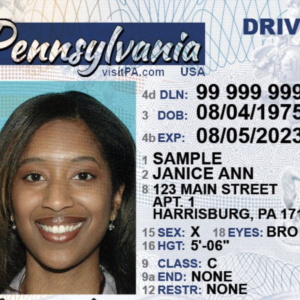 Eighteen state lawmakers initially introduced the bill to the Committee on Transportation in January. It highlights a noncitizen application where the department may issue a license if the person will lawfully be in the United States for one year or more after the date of the application for a shorter period pending the department’s approval.

“I was pleased with the hearing and the in-depth discussion we had on the merits of the bill,” said Hennessey (R-Chester). “It’s an issue that would affect a significant number of people, many of whom have lived in Pennsylvania for 10,20, or 30 years and who contribute mightily to making us a ‘fresh produce powerhouse’ in the U.S. The idea deserves a discussion by the legislature.”

While Hennessey doesn’t agree with all aspects of the bill, he realizes state representatives must be open to learning more about various issues and discussing the merits of the legislation.

He noted more than 160,000 illegal immigrants are currently living in Pennsylvania. Hennessey also said the state’s fruit and mushroom industries rely heavily on the undocumented workforce. The Keystone State currently ranks first nationally in mushroom production and fourth in peach and apple production.

Representatives from both the Pennsylvania Department of Agriculture and PennDOT testified before the committee that they favored the bill’s concept, but stated there were specific roadblocks that would need to be addressed.

Questions were raised about how PennDOT could determine a person’s driving history and previous driving violations if they are undocumented. There were also comments about PennDOT’s ability to take on a new program when residents are experiencing long wait times and other roadblocks to get their issues handled by the department.

The committee also heard from the Pennsylvania Association of Sustainable Agriculture, the New Sanctuary Movement, CASA, ACLU of Pennsylvania MILPA, and the Keystone Research Center. Written testimony was also submitted from the Federation for American Immigration Reform (FAIR) and the Pennsylvania Farm Bureau expressing concerns about the bill.

Sixteen states provide driving privileges in some form to undocumented residents, including most of Pennsylvania’s neighboring states.

Sen. Katie Muth (D-Berks, Chester, Montgomery) supports the move. “Senator Muth will support this measure if it comes over to the Senate for consideration,” said Luc Miron, her chief of staff.

However, Hennessey may have trouble getting other GOP members to co-sponsor the bill as fellow local GOP Rep. Chris Quinn (R-Delaware) opposes doing so.

“I agree with Chairman Hennessey that we must be open to learning more about this issue,”

Quinn said. “But due to my concerns about certain components of the bill, I have withdrawn my co-sponsorship of the legislation.”