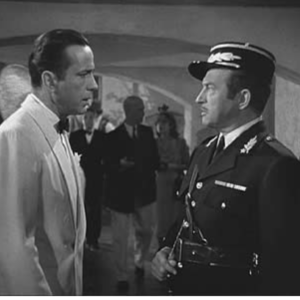 Shocked! Shocked To Find That Biden Cancelled the Keystone Pipeline

The surprise at President Joe Biden’s executive orders to cancel a major pipeline project and halt drilling on federal lands feels a little like discovering there was gambling going on at Rick’s Café. Is anyone really “shocked” to find that a presidential candidate who repeatedly raised the issue of a fracking ban and made green energy a central theme of his campaign has shut down a pipeline project?

Surprised or not, Biden’s decision has led to legal action by 14 state attorneys generals.

“We cannot ‘Build Back Better’ by reflexively tearing down,” the attorneys general wrote. “Your order hearkened back to the 2015 determination from the Obama Administration ‘that the significance of the proposed pipeline for our energy security and economy is limited.’ Thousands of displaced workers and their families surely disagree with that heartless assessment. … Even those states outside the path of the Keystone XL pipeline—indeed all Americans—will suffer serious, detrimental consequences.”

Looking specifically at Montana, the letter said killing the pipeline would result in losing about $58 million in annual tax revenue as well as the benefits that came with leases and future easements.

“[S]everal local counties will lose their single-biggest property taxpayer,” the letter said. “The loss of Keystone XL’s economic activity and tax revenues are especially devastating as five of the six impacted counties are designated high-poverty areas.”

The attorneys generals weren’t the only ones expressing outrage at the decision.

Biden’s action hit some of his staunchest supporters – labor unions — hard. An estimated 57 percent of union households voted for him. But their statements following the Keystone XL and federal lands’ decisions seemed stunned.

“#Pipeline construction has been a lifeline for many #LIUNA members across the country,” tweeted the Laborers’ International Union of North America. “The anticipated decision to cancel the #KeystonePipeline will kill thousands of good-paying #UNION jobs! #pipelinesarelifelines #energy.”

The North American Building Trades Union said it was “deeply disappointed.” The union endorsed Biden last fall, but was singing a much different tune a few years back after former President Donald Trump cleared a path for the Keystone XL during his first week in office.

“Today, President Donald J. Trump gave continued hope to thousands of skilled craft construction professionals in America’s heartland for whom the Keystone XL and Dakota Access pipeline projects have been an economic lifeline,” the trade union said in a press release at the time. “We are grateful that President Trump understands that 32 percent of today’s construction industry workforce is employed on energy projects, amounting to over 2 million workers, and that projects such as the Keystone XL and Dakota Access pipelines are significant job creators that generate above-average wages and benefits for hard-working Americans.”

The union said construction of the Keystone XL pipeline would have provided at least 20,000 union jobs that paid well. The 1,200-mile pipeline was first proposed in 2008 to carry crude oil from Alberta, Canada, to Steele City, NE, where it would connect into an existing pipeline and take it to the Gulf Coast for export. Although former Secretary of State Hillary Clinton originally approved Keystone during the Obama administration, it became a flashpoint for environmental activists.

Biden’s climate czar John Kerry said workers who find themselves out of job in the oil and gas industry could switch to making solar panels. However, eight of the 10 world’s leading solar panel manufacturers are Chinese companies. While those firms do have some American-based jobs, they are more likely to be white-collar work in sales and engineering, not manufacturing.

“The lawsuit by the state Attorneys General is most welcome, but canceling the Keystone XL Pipeline is only the tip of the Biden administration’s energy poverty agenda,” said Myron Ebell, director of Center for Energy and Environment for Competitive Enterprise Institute. “Scores of lawsuits will be needed in the months ahead.”

The White House directive is titled “Executive Order on Protecting Public Health and the Environment and Restoring Science to Tackle the Climate Crisis.” The word “climate” appears 14 times; “jobs” appears four times. The first section lays out the policy statement, saying the federal government “must be guided by the best science.”

But the presumed environmental benefits attributed to canceling the pipeline and drilling operations don’t add up, says Heartland Institute President James Taylor, who called the executive orders “reckless and authoritarian.”

Regardless of science or job claims, the decision should not have come as a surprise.

“I’m not sure why anyone would be shocked at Biden’s early actions on Keystone XL and new permits for drilling on federal lands,” said Steve Milloy, founder of JunkScience.com. “That’s what he promised to do during the campaign. The Biden team has voted to make his promised phase-out of fossil fuels ‘irreversible.’ I hope people now take him at his word and fight back accordingly.”