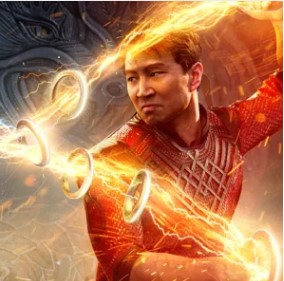 For all the doom and gloom about China taking over American culture at all levels, and a younger generation that has grown up with Tik Tok and a China-controlled media since at least 2012, there is reason to hope the American spirit persists. When most of our outlets like the Associated Press and entertainment giants were bought off by China about 10 years ago, general inclinations toward conformity and the collective have been pushed on our ruggedly individualistic culture. One can argue the President Trump era was a counter-response to this cultural shift. While divided more than ever, I see this time as an important one for finding our identity, and the medium of film is a focal point of that push-and-pull.

America rewarded “Shang-Chi and the Legend of the Ten Rings,” the latest Marvel flick, by breaking box office records. It hauled in $91 million over Labor Day weekend and coming out of a pandemic-fearing market, no small feat in itself.  The movie focused on an Asian American from San Francisco with superhero powers, while dealing with father-son dynamics, a universal message that cuts across cultures, and was purposely designed to not offend, busting stereotypes and providing something fresh.

China however has decided not to air the movie. It is even in danger of being banned due to the controversial Fu Manchu character, which was even edited out of the final cut.

This is unfortunate for the ambitious Hollywood, as the actual movie was a low-key attempt for Disney to break into the Chinese market after last year’s failed and flopped “Mulan.” Even “Crazy Rich Asians” also failed to catch on in China. Looks like yet another failed attempt, even with the beloved Kung Fu element. I see this is a wake-up call that our values are drastically different.

Being someone who has one foot in both cultures, I found on a micro level, that certain cultural divides are simply irreconcilable. Our society’s new wokeness is very Chinese in essence, the hyper-focus on what others think, appearing overly gracious, and saving face. As a young teen, I rebelled against some of what I found were my household’s time-wasting behaviors, overly concerned with what others are doing, and keeping up with the Joneses (or the Chens). My “live and let live” policy was shocking to my parents, but it is something I stand by as being ultimately more efficient, productive, and American.  The new focus on wokeness has caused us to be distracted from important priorities, decreased productivity, and caused mental clutter. We have almost forgotten what made America so powerful, just because our directness and straightforwardness are frowned upon by the Chinese.

While our economies are entangled, it is on quite a shallow level, and it is heartening to see that the American spirit is not lost to the watering down attempts. It is through film that we see how different our cultures are and that things aren’t really changing. Americans will be loud, theatric, and self-focused while the Chinese can be guarded, aloof, and collective-minded. Nothing is changing in that regard. Certainly, not even in the wokest of industries: film.

Ultimately, Americans cannot remove that independent spirit from our movies or the legacy of brands like Marvel with supposedly problematic histories. China feels that Fu Manchu can never be dissociated from the Shang-Chi brand, so they are going to throw the baby out with the bathwater and not air the movie at all. I encourage Americans to stop watering down our movies in fear of offending others and focus on making movies that display what makes us special, our rugged individualism. “Shang-Chi” is the first movie in a while to accomplish this, and it gives me hope we will usher in a golden era of movies that capture this heroic and assertive spirit.

There are many ways to bridge cultures and work together, but losing our identity to accomplish this would be unfortunate. America and China can co-exist, but let us not water ourselves down in the process.

Marc Ang is a Southern California-based community organizer, business owner, and champion of conservative causes. He wrote this for InsideSources.com.