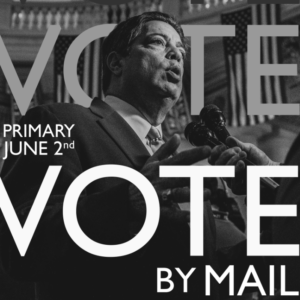 Local Democrats like state Sen. Vincent Hughes are using their official state Facebook pages to push out their party’s get-out-the-vote message — just in time for Tuesday’s primary. And so are some Democrats in leadership, like Senate Democratic Minority Leader Jay Costa. 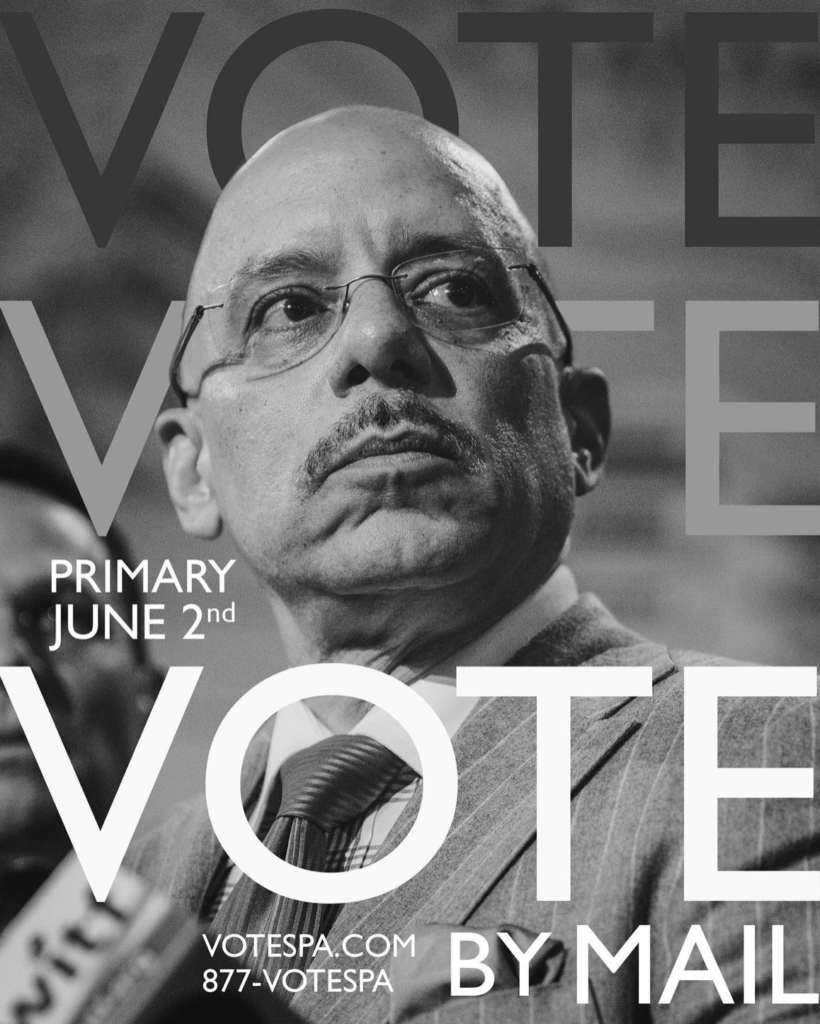 While many legislators have personal or campaign Facebook pages to promote their political activity and partisan interests, Pennsylvania lawmakers also have a separate, so-called “official” Facebook page to connect with constituents in their capacity as paid, elected officials.

Because that official Facebook page is an extension of their office, campaign activity is prohibited, in just the same way an elected official can’t make campaign phone calls from their state offices or use state materials in campaign mailings.

The images of the lawmakers appear against a backdrop in which the word “Vote” appears many times, but the images of the official are so large by comparison it raises the question of what is being promoted: the idea of voting in general, or voting for the politician. The images do not contain any names, and it was provided by the Senate Democratic Caucus.

Three Philadelphia-area senators were among those who published the materials — Anthony Williams, Art Haywood, and Hughes, the only one of the three in an election cycle.

None of those lawmakers, however, are facing a primary challenge like Sen. Jay Costa, Democratic minority leader, who also posted one of the “Vote” images to his official Facebook page.

“Harrisburg has always been the land of the wink and the nod,” Dennis Roddy told Delaware Valley Journal in reference to the postings. 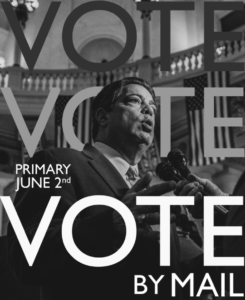 Roddy, who spent decades covering state politics as a journalist and columnist at the Pittsburgh Post-Gazette, is now a campaign consultant with a Republican firm. He says the images could be interpreted as a message encouraging someone to vote for that official.

“The wink here is the message urging people to vote,” he said. “The nod is the glamour shots of the member attached to it, at least one of them during an election year a few days away from a primary in which he has an opponent,” referring to Costa.

“That image is not campaign material, it is a PSA encouraging individuals to vote and alerting them to the new option in Pennsylvania to vote by mail,” Brittany Crampsie, press secretary for Costa and the senate Democratic caucus, told Delaware Valley Journal.

“This primary election is the first time that is an option here in Pennsylvania and the Senator’s image is informational. A similar piece was produced for every member of the Senate Democratic Caucus, many of whom will not even appear on a ballot this year.”

The fact that this message was created by a partisan body only highlights the potential conflict of interest.

The Hughes posting does contain some contact information along those lines, but others don’t.

Williams said he’s not on this year’s ballot, so the image couldn’t possibly be campaigning.

“Long-established law allows me to provide information to constituents on a wide range of issues, including voting,” Williams told Delaware Valley Journal. “If you truly believe the perspective from your referenced expert, you should report it to the Pennsylvania Attorney General.”

A somewhat similar issue cropped up in late April, when House Democrats paid for Facebook ads thanking certain members for their legislative work during the coronavirus crisis.

A free-market policy group, Commonwealth Partners, pointed in particular to the timing of the “Thank You” messages.

“It’s within 60 days of the election, so this seems like violation of rules preventing such things within 60 days of an election,” Gina Diorio, public affairs director for Commonwealth Partners, told The Center Square. “While there was an exception for letting lawmakers send out emergency stuff related to COVID — these ads can hardly be classified as such. The ads surely look political in nature.”

A clutch of House Democrats also faced questions this month over taxpayer-funded ads touting some of their lawmaking accomplishments.

“The ads, which in some cases explicitly mentioned the COVID-19 pandemic, but in other cases only shared celebratory press releases, were approved under temporary House rules to help connect constituents with public or private aid during the ongoing public health crisis,” the Pennsylvania Capital-Star reported.

“Several of the boosted posts include videos that are ‘basically like campaign ads,’” a policy analyst told the Capital Star. “The only thing missing is the electioneering statement at the end.”