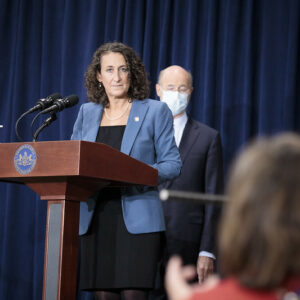 Former Secretary of State Boockvar | Credit: The Office of Governor Tom Wolf - via Flickr
[IS] Opinions

SEN. SANTARSIERO: We Can and Must Do Justice

Earlier this week it was revealed that the Pennsylvania Department of State failed to advertise the 2019 passage of a proposed amendment to the state constitution that would allow victims of child sex abuse, whose claims had been barred by the statute of limitations, a two-year window in which to file suit against responsible individuals and institutions. The failure to do so means that any such amendment must now wait at least another two years before it can be enacted.

There are few issues that are more emotionally charged than the decades-long denial of justice to those victims. Their stories of abuse have been seared into the public consciousness. They must have their day in court. Despite the Department’s error, they still can, as early as this year in fact. Before addressing that point, however, it is worth considering the political fallout from this week’s news.

The duty to advertise the legislature’s passage of a proposed amendment to the constitution rests with the Secretary of State. Although, as a practical matter, such tasks fall to Department staff, whom the Secretary reasonably relies on to do their jobs; to paraphrase Harry Truman, the buck stops with those in charge. Accepting that responsibility, Secretary Kathy Boockvar offered her resignation to the Governor, and he accepted it. In the process, however, the Commonwealth is losing a true public servant.

Secretary Boockvar began her tenure by overseeing, in the face of considerable opposition by the Pennsylvania Republican Party, the state’s transition from its old voting machines to those that use verifiable, paper ballots, which can always be counted in the case of a dispute. She then administered the implementation of Pennsylvania’s new, no-fault absentee voter law. The passage of that law in 2019, combined with the public’s concerns about the pandemic, resulted in unprecedented numbers of people casting their vote by mail in 2020.

She followed both of those accomplishments by working with county officials to ensure that everyone’s votes were counted in the November election, despite persistent attempts to disenfranchise the millions of Pennsylvanians who chose to vote by mail. Throughout that process, Boockvar was an unflappable defender of our democracy, even in the face of numerous threats to her personal safety and that of her family. Hers was a record of exemplary and, indeed, courageous service.

The irony of all this, of course, is that there never really was a need to amend the state constitution to allow the victims of child sex abuse access to justice. The General Assembly can pass a law today – which the Governor has said he will sign, if it does – that allows for the so-called two-year look back. Legal scholars and the Attorney General agree that this can and should be done.

So, why are we trying to amend the constitution and tossing aside a dedicated public servant in the process? Because the Republican leaders of the state House and Senate refuse to allow such a bill to be brought up for a vote. They argue that, if it were to pass, its constitutionality would be challenged. That may be, but just because those who bear responsibility for what happened to innocent children might challenge a new law that gives those now-adult victims redress, does not mean that a challenge would succeed, and it should no longer be allowed to serve as the excuse for the legislature’s inaction.

This week, Senators Muth, Kearney, Collett, Lindsey Williams, and I offered such a bill in the state Senate. We hope that a companion bill will be offered in the House. The legislation should be brought up for a vote and sent to the Governor’s desk without delay. To do anything less would amount to a needless continuation of the delay of justice for the victims. It is bad enough that the Department of State’s mistake is causing us to lose Secretary Boockvar; let us not compound that loss by yet again denying justice to those who have already waited too long. 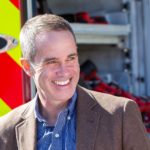 Steve Santarsiero is the Senator for District 10 in Bucks County.