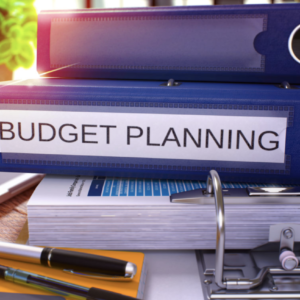 Rising property taxes seems to be the story in all too many communities across our region. And yet so many of our schools still indicate they don’t have the resources required to deliver a top-notch education. These problems are largely rooted in the “hold harmless” seed planted by the state three decades ago, before I was a member of the legislature.

The hold harmless policy states that school districts cannot receive less state funding than they did the year prior. The policy was enacted in 1992 and hasn’t been changed since. In fact, since then the state has guaranteed districts small annual increases, even when they have decreasing enrollment.

In a reasonable world where public funds are spent only where there is need, a system that gives more money to educate fewer students each year would make no sense. Case in point: across Pennsylvania, districts that have lost students since 1992 now have $3,200 more per student, while districts that are growing have just $1,000 more per student, according to a new report from Public Citizens for Children and Youth.

The vast majority of school districts in southeastern Pennsylvania are growing, including in my legislative district, and the state’s funding system puts taxpayers in a bind, causing property taxes to rise year after year just so schools can stay afloat. Working families, seniors and businesses in these communities are footing the bill for the state’s irrational funding approach.

While we in Harrisburg have made progress in containing pension growth, a major driver in the need to increase school spending, more still can be done to make sure every education dollar the state spends gets to students who need it.

Pottstown School District is Exhibit A for the damage that the hold harmless funding approach has done to districts on the losing end. Their pension, charter school and special education costs alone have grown by $3,800 per student since 2002, while state funding grew by just $1,460 per student—just 38 percent of what’s needed to cover the costs.

They also have one of the highest poverty rates in the state, so they struggle to make up the gap locally, despite their best efforts. Pottstown now has the fifth highest tax burden in the state. Residents are strained and so are businesses, and these trends do not bode well for the need to regenerate this gem of a community.

I am proud that the state legislature took a major step forward in 2016 by enacting a new education funding formula that allocates funds based on the number of children districts educate and the actual costs of educating those students. The distribution of $700 million now follows this rational and sound approach.

However, the state needs to go much further in fixing this haphazard method of doling out money. We must be wise about how we spend limited tax dollars, targeting them to where they are needed most. That’s why I’ve co-sponsored a bill to have even more of the state’s education money be distributed through the formula, so we are spending money where students are actually going to school.

There are other potential avenues to address the issue as well, and on behalf of the schools in my legislative district, I will continue to be a voice for state education policy that decreases property tax burden and gets funds to districts like ours that need it most. 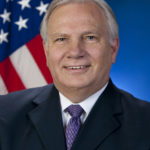