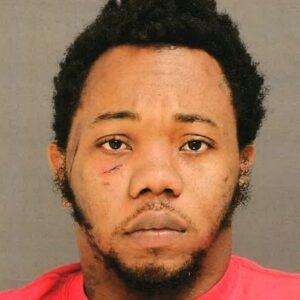 Second Sexual Assault in a Week on SEPTA Property

Less than a week after the shocking story of a woman being raped on a SEPTA train while bystanders failed to intervene, officials announced a second attack on SEPTA property.

This time a witness intervened as the assault was occurring on Oct. 20 at the 69th Street Transportation Center. A SEPTA officer arrested Edwin Allen, 28, according to Upper Darby Police Superintendent Timothy Bernhardt, who held a joint press conference with Delaware County District Attorney Jack Stollsteimer Thursday.

“We believe the victim may have missed her stop,” said Bernhardt. “She approached Mr. Allen and asked how she can get to the opposite platform…And while they were walking over to the platform the assault occurred,” said Bernhardt.

According to the affidavit of probable cause, Allen grabbed and groped the woman, pushed her toward a secluded area, and pulled his pants down. He partially pulled her pants down and she yelled “Rape.” Another woman heard her and yelled for him to stop. A SEPTA officer arrested the Philadelphia man.

Reporters questioned whether SEPTA officials knew about Allen from previous attacks and had not warned the public.

Neither Stollsteimer nor Bernhardt would say whether they had information regarding that allegation but both agreed they have good relations with SEPTA police. A SEPTA spokesperson did not immediately respond to a request from DVJournal for more information. 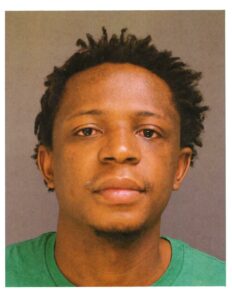 In the Oct. 13, incident, Fiston Ngoy, 35, was arrested after allegedly raping a woman while they were passengers on the Market-Frankfort El train from Philadelphia to Upper Darby. Ngoy faces numerous charges in that attack.

Stollsteimer, who is seeking information from witnesses to that assault, pushed back at the “media narrative” that bystanders watched and did nothing while the woman was sexually assaulted in plain view. People were getting on and off the train during the eight-minute incident and may not have realized a rape was taking place, Stollsteimer said. Only one person has come forward so far and turned over their video of the incident.

“You are under no obligation to put yourself at risk to stop a violent crime,” said Stollsteimer. “That there was a group of people callously filming this for their own entertainment, that wasn’t true.”

People are much more like the woman who intervened to stop the Oct. 20 attack than those who were characterized as apathetic bystanders in the press, he said.

“People in this region are not, in my experience, so inhuman and callous human beings that they’re going to sit there and watch this happen and videotape it as one journalist said today for their own private enjoyment,” said Stollsteimer.