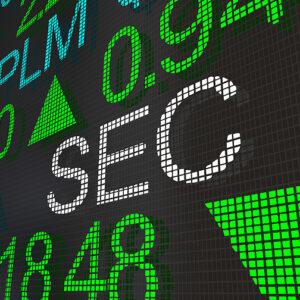 The proposed SEC climate control regulation, “The Enhancement and Standardization of Climate-Related Disclosures for Investors,” would require companies to describe “climate-related risks reasonably likely to have a material impact on the registrant, including on its business or consolidated financial statements, which may manifest over the short, medium, and long term,” according to the SEC filing.

“Congress didn’t give the SEC the power to do this,” said Andrew Vollmer, a scholar with the Mercatus Institute at George Mason University. “That’s not a republic, that’s not a democracy; that’s an autocracy,” Vollmer said during a recent Competitive Enterprise Insititute event.

“I am pleased to support today’s proposal because, if adopted, it would provide investors with consistent, comparable, and decision-useful information for making their investment decisions, and it would provide consistent and clear reporting obligations for issuers,” said SEC Chairman Gary Gensler in unveiling the plan last month.

The SEC voted 3-1 to issue the proposal, with the three Democrat appointees in favor and the one Republican commissioner, Hester Peirce, in opposition. “We are not the Securities and Environment Commission; at least not yet,” Peirce said.

Commissioner Peirce contended “the proposal, however, will undermine the existing regulatory framework that for many decades has undergirded consistent, comparable, and reliable company disclosures. We cannot make such fundamental changes to our disclosure regime without harming investors, the economy, and this agency.”

She added the measure would enrich “the climate-industrial complex” while hurting investors, the economy and the SEC.

After a comment period, the SEC could approve or defeat the proposed rule.

Critics at the CEI seminar contended the new rule hurts the average retail investor. It could violate the fiduciary obligations of firms to obtain the best returns, said Christina Parajon Skinner, assistant professor of Legal Studies at the Wharton School.

“There are some deeply troubling conflicts of interest,” she said, noting individual investors in index funds are looking for good returns and “prefer a neutral fund.” A small group of asset managers seek to achieve political goals without investor approvals, she charged.

“They are trying to achieve their personal political progressive needs at the expense of the investors,” said David R. Burton, a senior fellow in economic policy with the Heritage Foundation.

Both critics and advocates agree the plan is unprecedented.

For instance, it requires disclosed information include “disclosure of a registrant’s greenhouse gas emissions, which have become a commonly used metric to assess a registrant’s exposure to such risks.”

Burton believes the rule will be a financial and compliance nightmare for institutions and small companies working with them,

“This is the most destructive proposal in the history of the commission,” Burton said. In the entire history of the SEC, regulatory costs are about $4 billion, but this regulation alone “would cost $10 billion.”

And those additional expenses won’t be covered by the federal government.

“These costs will all come out of shareholders’ pockets, people who are saving for their retirement or for a child’s college education,” said former SEC Commissioner Paul Atkins. The only winners, he said, will be the people companies have to pay to keep them in compliance.

“This is a ‘full employment act’ for lawyers and accountants,” Atkins quipped.

And then there are the legal questions. Gensler says the rule provides sunlight for the carbon footprints of companies and is fully within the accepted scope of the SEC.

“Our core bargain from the 1930s is that investors get to decide which risks to take, as long as public companies provide full and fair disclosure and are truthful in those disclosures,” Gensler said.

Now the CEO of Patomak Global Partners LLC, Atkins spent six years as an SEC commissioner, and he says it is clear Congress never granted the commission broad rule-making powers to require such far-reaching, financially immaterial disclosure, but gave it to the EPA instead.

“These disclosures aren’t supposed to be for asset management companies hoping to sell a new ESG fund. They’re for the ‘reasonable investor’ the Supreme Court has talked about, the people who the SEC is supposed to protect.”

And the Taxpayers Protection Alliance (TPA) has responded with “SEC Mission Creep,” a website they say is “dedicated to highlighting the overreach of the Securities and Exchange Commission beyond its congressional mandate with its proposed climate disclosure rule.”

“The proposed rule is an inappropriate and abusive expansion of the SEC’s mandate from Congress, but it is especially troubling during a period of such economic uncertainty both on Wall Street and Main Street,” said TPA President David Williams.