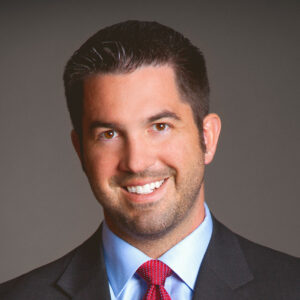 Conservatives complained in recent years that they have been censored by “Big Tech”—the likes of Google, Facebook, and Twitter.

The most prominent example is former President Donald Trump being banned from social platforms, but others on the Right ranging from relatively unknown conservative activists to the New York Post have received questionable treatment as well. Parnell, a veteran who served in Afghanistan and recently launched a U.S. Senate campaign, believes he’s next.

During a Thursday morning appearance on the Hugh Hewitt radio show, the host mentioned he couldn’t find Parnell’s campaign website, www.parnellforsenate.com, when he tried to Google it before their interview.

Hewitt said, “It’s just incredible. I put in ‘Sean Parnell for Senate’ and I’ve got an AP news story, I’ve got a Pittsburgh City Paper story…How do you get to your website? It’s absolutely astonishing to me.”

Parnell responded, “If you go to Yahoo, or Bing or DuckDuckGo, my website comes up first. The problem is, the vast majority of this country uses Google. Throw in any one of the Democratic candidates. Throw in John Fetterman. His website comes up first. So here’s Google making it easier for my Democratic opponent to raise money, and more difficult for me, the Republican.”

When Delaware Valley Journal Googled “Fetterman” and “Sean Parnell Senate” throughout the day, the same results appeared: an immediate listing for the Democrat’s campaign website, but no link to Parnell’s.

Section 230, a law that provides immunity from civil liability from internet platforms from third-party content, was passed by Congress in 1996. Those civil protections are widely believed to have helped internet companies prosper. In recent years, that broad immunity has come under scrutiny as the industry’s left-of-center politics are believed to be influencing its policies.  Members of Congress from both parties have introduced bills to restrict those protections.

“These allegations are false,” said Google spokesman Ned Adriance. “Our systems do not take political ideology into account, and we go to extraordinary lengths to build our products for everyone in an apolitical way. With brand new sites like this one, it can take a bit of time for our systems to learn whether the sites are reliable sources of information. This often changes over time, and this has happened for prominent candidates on both sides of the aisle.”

Adriance said the same issue occurred when then-candidate Joe Biden’s campaign posted its website in June 2019 and sent this link to some news outlets.

Meanwhile, Parnell spokesman Chris Pack said, “Sean’s campaign website went live over a week ago. If you search for ‘Sean Parnell’ or ‘Sean Parnell for Senate,’ Google does not produce any search results linking to our campaign website. This is another example of Big Tech censoring conservative voices and why we need to reform Section 230. And since Google won’t tell you this, you can learn more about our campaign by visiting www.parnellforsenate.com.”