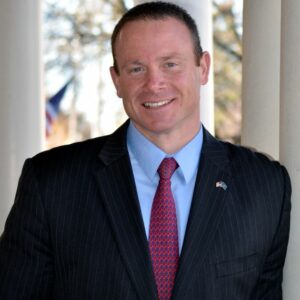 Senator Scott Martin (R-Lancaster) announced Friday he is suspending his campaign for governor due to ongoing medical issues caused by his recent leg injury.

“The injuries to my leg were beyond a simple broken bone and included a severing of numerous ligaments and tendons in my ankle that are going to require greater and longer rehabilitation than I originally hoped would be necessary.

“Continuing to campaign in the coming months would put my future ability to walk without impediment in danger, which is something I cannot do to my own family. It would also mean that I would be unable to campaign in the manner I feel the people of Pennsylvania and the countless supporters who have come to our effort deserve.

“While this is extremely disappointing, it is the correct decision for my family, for myself, and for the supporters to whom I owe my very best effort. I thank everyone who has given me their support throughout this campaign, and I will continue to be a strong conservative voice getting positive results for Pennsylvania as a state senator.”

Attorney General Josh Shapiro is running on the Democratic side.