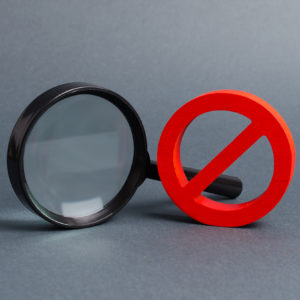 She wanted to see if employees were really working the hours they claimed, so she fought her way through the Office of Open Records, and, when the township ignored her win at that level, petitioned Centre County’s Court of Common Pleas to force the township to comply — no easy task for someone who isn’t a lawyer.

But it may have all been in vain.

The township says it overwrote the information she was requesting.

“Why didn’t they say it was gone before?” asked Grove, a director of the Pennsylvania Freedom of Information Coalition.

But while the record may be public, the township apparently also deemed it transitory. And under state law, such records can be destroyed once they’re no longer of any administrative value.

Who decides which records are transitory and when they’re of value? For the most part, the decision is left to the government officials and employees who create them.

In Philadelphia, Mayor Jim Kenney deleted years of text messages on his private phone, the Philadelphia Inquirer reported. So citizens who want to know about the discussions he may have had about whether the city should share information with immigration officials, and a major water main break, and a trade mission, will be forever left in the dark.

Kenney, whose staff said he didn’t realize he was supposed to save communications detailing government business, has since started saving at least some of his texts, the paper reported. But the choice of which should be saved remains up to him.

At the state level, Gov. Tom Wolf also deletes his text messages, the paper discovered when it asked to see them.

As for other items that are missing at all levels of government, well, we’ll never know what was deleted. Employees wasting taxpayer time? Racist jokes exchanged by government staffers? Secret discussions by school directors hammering out votes? There’s no way to tell.

Then there are the disasters and scandals we don’t know about yet.

In Flint, Michigan, it took three years for residents to realize their water had been poisoned by lead and file a lawsuit over the city’s decision to pump water from the Flint River. Poor engineering and construction of the levees in New Orleans weren’t fully realized until years later, when Hurricane Katrina struck.

Here in Pennsylvania, we might not learn the full effects of fracking, or newly declared flood plains, or the state’s response to the new coronavirus pandemic, for years. But records showing conversations that led to those decisions can be erased at any point at the whim of the decision-makers.

It’s a major hole in Pennsylvania’s Right-to-Know law — and it should be plugged.

It’s not expensive to store text messages and emails. So why shouldn’t such information be retained indefinitely?  That way if an issue arises, investigators, journalists and citizens can go back to see how such decisions were made.

Video takes up more space. But even that should be kept for a set period of time — at least three months, preferably a year or more — to give citizens a chance to learn of potential problems during their township meetings, file a request for that video and give the request time to work its way through the Right-to-Know process.

And any video that becomes the subject of a Right-to-Know request should automatically be saved until the time for all appeals is exhausted.

Susan Schwartz is president of the Pennsylvania Freedom of Information Coalition, an organization made up of citizens, businesses, journalists and others in favor of open government. She has been a reporter in Pennsylvania for 24 years, and previously worked for newspapers in Ohio and Colorado.