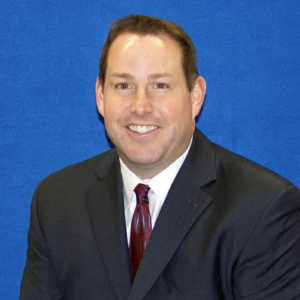 When Anita Edgarian came to the West Chester Area School Board (WCASB) meeting on July 26, she wanted more information about Critical Race Theory in her children’s classrooms. She left with a police escort, a symbol of the struggle between concerned parents and an education bureaucracy that appears reluctant to answer their questions.

The story of Edgerian speaking to the school board meeting and having the microphone pulled from her hands by school board president Chris McCune has received national news coverage.

The West Chester resident is an Armenian Christian who escaped the Islamic Republic of Iran to come to the U.S. when she was 18. She compared the board president’s actions to what happened to people during the Iranian revolution.

“This is not about CRT,” the mother of three teenagers said. “This is about a citizen of the United States, a mother, an immigrant, a female with an accent, saying something that they didn’t want to hear and they physically intimidated me and bullied me.

“At the same time, nobody on the board, including the superintendent sitting on that stage, did anything,” she told the Delaware Valley Journal. “They have the microphone in front of their face. None of them said something.” 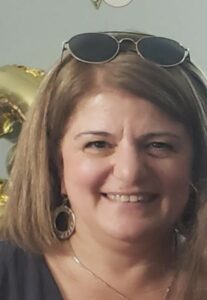 “My thing is it is basic American freedom to stand up and say something. When you see something is going on and just talk about it and that was taken away from me,” she said. “That is the scary part, being silenced. Like in Iran, what happens is they come and take you…Who knows what happens afterward? What we saw there was just chilling.”

Meanwhile, “the school district spent thousands of dollars of taxpayers’ money telling our children, doing workshops, putting up signs and posters there: Stop bullying. Stand up for your friend,” she said.

The WCASB was not the only school board to silence parents who tried to ask questions about CRT, a theory based in Marxism that teaches all White people are racists helping maintain white supremacy, regardless of their individual behavior. CRT dogma rejects the goal of a “colorblind society” and insists America is a systemically racist country.

Recently, the Delaware Valley Journal reported about the Pennsbury School Board silencing CRT critics at its meetings.

McCune’s actions were panned by members of his own party. A group of Chester County Republicans are outraged and called on McCune to apologize and resign. In a letter to the editor, they condemned his actions. The group pointed out that he had allowed other speakers to exceed the two-minute time limit, just not Edgarian.

“WCASD has a zero-tolerance policy toward bullying, the very behavior Mr. McCune displayed as he was unable to control his anger,” the letter said.  “Mr. McCune is in a position of power as an elected official in our community. He used his power and physical presence to try to intimidate an ethnic-minority immigrant woman.”

Dr. Gordon Eck, chairman of the Chester County Republicans, wrote a letter to the local paper opposing schools teaching CRT before this incident occurred, explaining the origins of CRT and roundly condemning it.

“While CT/CRT has added new terms, others are conspicuously absent. These include forgiveness, redemption, and reconciliation,” Eck wrote. “Egregious wrongs have been done and they have and must be righted. But the proponents of CT/CRT, while rebuking those who have ‘sinned,’ leave no room for mercy and forgiveness, only appeasement, abasement, or annihilation. This approach to righting wrongs is lethal for freedom. Martin Luther King Jr. said ‘Darkness cannot drive out darkness; only light can do that. Hate cannot drive out hate; only love can do that…To be free you have to let go of hate.’”

McCune defended his actions in a letter to the Daily Local News, saying in part, “In the days since this meeting, social media and news coverage of our meeting has expanded and misrepresented what occurred. As a lifelong Republican, it is sad to me that a far-right faction of the Republican Party is disrupting and dividing local communities like our own. And over what? Until recently, most of us had never even heard of Critical Race Theory and it is not a part of our curriculum.”