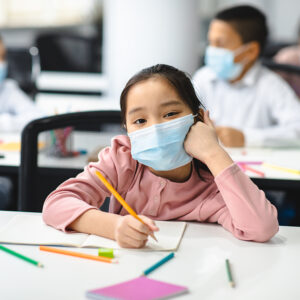 SANDS: Reimagining Education for ALL Students in Pennsylvania

Certainly, students throughout Pennsylvania and our country are falling behind in the classroom. The disruption to classrooms caused by the pandemic exacerbated this, but this is no new problem. At the end of a school year where we found more students falling behind than ever before, it is well past time that we change the way we view schooling. We owe it to parents and children to give them the freedom and opportunity to seek a proper education for each student’s individual and unique learning needs.

Let’s face reality: The one size fits all model has failed our students. Pennsylvania spends more than the national average per student, yet our schools are ranked 37th in the nation. As a commonwealth, we’ve continued to throw money at a failing system and hope for change. Sensible people know, when you spend more money than the average, you expect better than average results. Sadly, that’s not what we see here. Instead of repeating the cycle, what if we broke the mold and became an innovator in education?

Pennsylvania is the home of many incredible innovators—our commonwealth and indeed our nation was built by great minds like Benjamin Franklin and Thomas Paine. The documents that serve as the cornerstones of our democracy were written here. We have been at the forefront of change and innovation since our nation’s birth. We have the opportunity to do so yet again with education—the civil rights issue of our time.

As Americans, we know better than others that competition drives innovation. It’s the cornerstone of our economy that has built us into one of the greatest systems. For too long, our school system has operated in a manner that placates unions and is specifically inhibitive of competition. Introducing a competitive factor to how we fund education has the potential to be a major catalyst for change. As your senator, it’s my hope to work toward that change.

This act reimagines the education sector as a competitive place where schools are driven to perform at a higher level and compete for tax dollar funding, as opposed to being guaranteed a certain amount based on the overall enrollment. Private schools that often do better at a lower overhead cost would have the ability to expand and present every student with an opportunity for a better education that is not limited in scope or quality by their zip code.

Parents and students alike are frustrated with our school system as it is. Unclear guidance during a challenging time, standards that don’t always challenge students at their level, and lesson plans designed to drive political agendas in the classroom have shaken confidence in our public schools. It’s time we take a step back, revisit the drawing board, and create a system that works for our students—not for unions and politicians. We can give each child in Pennsylvania an education that works for them; an education without indoctrination or political bias. An education that will put Pennsylvania back on track to bring businesses and opportunity to our commonwealth. Isn’t that what we’d all like?

Carla Sands, the former ambassador to Denmark, is a businesswoman from central Pennsylvania. A Republican, she is running for the U.S. Senate.